John McCormick writes: There have been few “…and I was there…” games in the last couple of years, after a slew which included Wembley; four, five and six in a row; a win at Chelsea and coming back from 2-0 down at Anfield. But this match, where we played so badly for 45 minutes and returned home with a point after being 3-0 down, must be one of those games.

However, I wasn’t there.

Pete Sixsmith was. Here’s his report:

During the course of games, my febrile mind often wanders and I think of witty/upbeat/angry comments for the Sixer’s Seven that I usually send off as soon as soon as the game has ended. Occasionally, I send it early, say ten minutes before the end, as we have probably been beaten by then – and I can always change it. On Saturday, I posted one to M Salut at 3.13, between the first and second Bristol City goals.

Here’s a potential 7 (because this could get worse); A team incapable of doing the basics. 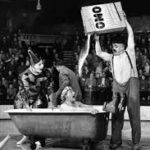 It was a reference to the concession of the opening goal, where a 6’4”central defender was left unmarked in the box from a free kick and took two touches before he poked the ball into the net for the opener. This was six minutes into the game so we didn’t even have our customary first 20 minutes where we look half decent before starting to play like Charlie Cairoli’s Clown XI.

Two other goals followed, both scored by City centre forward Famara Diedhiou and emanating from quick attacks down our left flank. That suggested that our plan of playing a back three with the full backs pushing forward was not working and had City gone in 5 to the good it would not have been a surprise.

To say that the support was unhappy would be the understatement of the millennium. I stood there saying This is an absolute disgrace at regular intervals as we failed to mark, tackle, clear the ball, pass the ball, organise a defence and do anything that a half, nay quarter, nay tenth competent team could do. A Southampton disaster looked on the cards as the drizzle continued to fall and the old anthem of You’re not fit to wear the shirt was belted out at half time with as much vigour as a North Korean Army Choir would show when praising the actions of The Dear Leader.

It really was awful and you had to be there to appreciate (not quite the word, but it will do) the depths to which we had descended. Two years ago, we were revelling in the control of Kone, the coolness of Kirchhoff and the creativity of Khazri as we entered the final third of the season. Now, we are looking to young, inexperienced men to drag us out of the worst hole that this club has been in its entire history.

It’s a hole entirely of our own making. Poor appointments in the boardroom and the manager’s office have led to players being signed on ridiculous contracts and subsequently having no resale value. The name “Rodwell” will be forever on the lips of the declining number of Sunderland fans but we could add Gardner, Fletcher, Giaccherini and Graham to give us a true picture of the incompetence at the top of Sunderland AFC.

The hole could well lead to Doncaster, Scunthorpe and Gillingham and at a pinch, Accrington and Wycombe. Good for fledgling groundhoppers but not for those of us who want to see decent football. The lower you go, the less competent are the players you sign and the managers you appoint. In Chris Coleman we have a final chance at getting somebody who has a wider vision of the game, one that extends beyond scrapping it out for a point at Fleetwood or plotting the downfall of the mighty Oxford United. 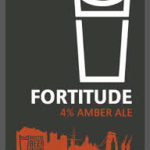 After Lee Camp was left, metaphorically, as naked as nature intended by Ryan Kent’s low cross and Diedhiou’s subsequent third goal, some left and made for The Bristol Beer Factory Brewery Tap in nearby North Street. There, they could quaff pints of the excellent Fortitude Ale (fitting for a Sunderland supporter, because by Jove we need lots of it) and watch the kick and clap boys playing at Jolly Old Twickers.

For those of us who stayed, half time offered an opportunity to have a discussion about the merits of Lee Cattermole, the suitability of an ageing central defender flanked by two players almost young enough to be his children and whether Billy Jones was auditioning for the part of a pantomime horse in next year’s pantomime at the Empire.

The support in my vicinity thought he should have the job forthwith, that we needed a back four and that Cattermole was not likely to win another game in a Sunderland shirt. This latter observation enraged one man who almost attacked a mild mannered chap from Doncaster who had described Cattermole as finished. There was some pushing and shoving before it all calmed down.

The second half started in the same vein as the first with a rather cocky City side spraying the ball round to oles from their support. We had reverted to a back four which looked tighter and we slowly gained a foothold in the game.

Off went Oviedo, on came McGeady and that foothold became a bit of a grip. He began to run with the ball and pass it to Asoro who had taken up a position wide left and who began to cause their full back a few problems.

The estimable Ronnie McDonnell said to me that if we get a goal back this could be interesting to which I replied I hope not because if we do, they’ll go down and score a couple more. We did and they didn’t. Not for the first time, the former Blackpool Wren Rovers striker was right.

Billy Jones, now more like Shergar than Dobbin, put in a gem of a centre and Lee Cattermole’s header hit the bar – and then hit Josh Brownhill and went in. Ten minutes later, Asoro was fouled and what looked suspiciously like a training ground routine between Cattermole and McGeady claimed a second.

The pace and composure that City had displayed in the first half was nowhere to be seen as they tried to stem the blue tide that threatened to engulf them. Honeyman was replaced by LuaLua and, in the 90th minute his shot was parried by City keeper Fielding straight to Ashley Fletcher whose rising shot was clawed away by the keeper. The words clucking bell came to mind…….

However, the excellent Asoro picked up a pass, scampered to the by line and drove the ball into the middle of a coven of City defenders and Marlon Peck did the decent thing and guided it over the line for the most unlikely equaliser I have seen in the many years I have been a Sunderland supporter.

The final whistle was met with raucous scenes on and off the pitch as we realised that this could be the start of yet another Great Escape if we learnt the lessons from this game, those being;

The general consensus in The Hen and Chickens, The Tobacco Factory, The Brewery Tap and The Asheville was that City had got away with themselves and that we couldn’t possibly be as bad for ninety minutes as we had been for sixty. If only they knew…….

Next week at home to Brentford really is a “must win” game and players, manager and support have to go into it believing that we can triumph and create a bit of momentum. After every decent result this season, we have been awful in the next game and this cannot continue; it needs to carry over to the game at Bolton and the home game with Middlesbrough.

Next Post
After Bristanbul, where’s Sixer when you need him?