Malcolm Dawson writes…….Sunderland spurned two good opportunities to improve their ever decreasing chances of survival last night. The first when Aiden McGeady failed to convert a penalty in the first half and the second with yet another example of defensive frailty in the dying minutes. OK in theory they are still grasping a lifeline that is becoming more and more slippery as the games run out, but in their desperate thrashings about all they seem to have done is put a slow puncture in the life raft and toss the bailer overboard.

There were other chances to put the game to bed. Listening to Barnes and Benno, it sounded as if Ejaria and Gooch in particular had good opportunities to put us further on the score sheet and much maligned Ashley Fletcher almost scored after 15 seconds. Perhaps it’s the almost which leads to the much maligned tag.

But it wasn’t all one way and The Canaries had chances of their own. Did they deserve their point? Did we deserve ours? The long suffering Pete Sixsmith was there. How did he see last night’s proceedings? Here just to show we can all do metaphor at Salut! Sunderland is his latest set of observations.

The life support machine is about to be switched off. The friends and relatives are gathering around the bed of what was once a healthy occupant reduced to a husk and expecting to expire in the next ten days.

The Missourian Director of the Hospital has much to answer for. He has allocated a number of surgeons to this case and all have, in their own way, failed to restore the patient to rude health. There was an Italian extrovert who turned out to be a snake oil salesman, followed by a Uruguayan who felt that this noble northern outpost should be like the West London one that he had spent a number of years in. Unfortunately the medical staff in situ and those he imported from South America, Spain and er…. West Bromwich Albion did not improve things – although the Spaniard did pretty well at the aforementioned West London location. 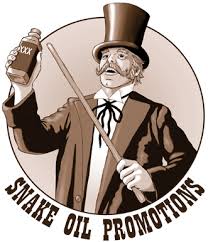 A pragmatic Dutchman came and resuscitated the patient, left, came back and left again dissatisfied with the breaking of promises to be replaced by another pragmatist who recruited a trio of Europeans, organised the existing medical staff to do their jobs properly and then departed to run the National Health Service – for a while at least!

He was replaced by a Scot so dour that it was, in the words of PG Wodehouse, never difficult to distinguish a Scotsman with a grievance and a ray of sunshine (Vicky Sparks will testify to that) and after his lame attempts at surgery saw the patient placed in intensive care, his successor despite being a Yorkshireman found this job (and maybe even his subsequent one at Bradford) way beyond him and so we have ended up with the surgery being supervised by a loquacious but rather conservative Welshman.

His attempts to instigate a recovery relied on borrowing young staff with potential from top level institutions and those who were under employed in locations similar to the one at which he worked. Throw in a few grizzled veterans of at least three of the above Chief Surgeons, a handful of ambitious but limited youngsters and a couple who seem to be (oxymoron alert!!!) permanently peripatetic and we have seen the patient slide inexorably to the state it is in now.

The surgeons have tried hard and, although they should take some of the blame, the fault lies at the top, as a fellow Missourian of the Hospital Director said when assuming the Presidency of the United States, “the buck stops here.” Alas, the HD has now absented himself from his responsibilities and is in hiding somewhere in Texas, never to return.

That’s enough of the extended metaphor.

Chances to win the game and put pressure on a Bolton side who are struggling were there but were missed. McGeady’s penalty hit the post and bounced out. Ejaria managed to tangle his feet up and scramble his brain when all he had to do was lift the ball over Gunn in the Norwich goal. Honeyman (our best player on the night and probably our player of the season) hit the side netting when he really should have scored. Had we gone in two up at the interval, we would have gone on to win …… maybe.

However, this fails to mention the number of chances that Norwich missed. Prompted in midfield by James Maddison – a player to look for in the Premier League next season – and with the excellent Nelson Olivera up front, they contrived to put more balls over the bar than Kevin Sinfield and hit more posts than a man putting a fence up. Towards the end, when we fell apart and stopped defending, they could have had three goals and it was no surprise when Ivo Pinto levelled in the 89th minute.

Once again, we failed to defend a set piece. The ball was won by their centre half who was hardly challenged. Pinto, a full back and not a very good one, then had time to control the ball, change feet, have a shower and cook an omelette before he poked the ball over the line with no Sunderland player anywhere near him. By then, legs had gone and nerves had not held. O’Shea had gone off with a back and a groin problem (tough on Mrs O’Shea) and the loanee from Chelsea, Jake Clarke-Salter, looked like a man who would rather be anywhere than playing in a Sunderland home game.

The older pros on the field – Cattermole and Kone- were also shattered both physically and mentally. For Cattermole, games have three phases. At the start, he struggles. Passes are misplaced, tackles are missed and he looks lost. Then he settles into the game and performs well. Unfortunately, after 70 minutes his legs have gone and his brain has slowed down and he resorts to kicking the ball anywhere, sometimes extending that to kicking the opposition. Kone is pulled out of position far too easily. Olivera did that a number of times in the first half although he tired towards the end as well. Kone can be a good player but takes no responsibility and clearly cannot wait to get away from Sunderland. What if we had let him go to Everton and The Dour Scot had invested the money wisely and not on Djilobodji and Ndong?

This lack of responsibility shows itself in poor game management. The number of times we needlessly gave the ball away is beyond comprehension. At times, it is like watching Sunday morning football and whoever we sign next season (there are good players in the National Leagues and below who would be worth a pitch) they have to be able to pass a ball, cross a ball, defend a ball and save a ball. Too many of ours cannot do that.

Ashley Fletcher had a better game last night and gave a slight indication as to why he has had two big transfers. He actually led the line and that enabled Honeyman, McGeady and Gooch to pick up second ball.

Honeyman deserved his goal and never stopped all night. Sometimes, honest endeavour makes up for a lack of genuine quality and he could be an important player in Division One next season. McGeady played well and it was his run and shot that set up the goal. Shame about the penalty – the last one we missed was at Molineux in December 2011 after Steve Bruce had been dismissed. Gooch promises much but needs to produce more. He is strong and quick, but his last ball is not good enough. He has worked hard on aspects of his game and needs to focus on this now.

The chances of winning the final four games are not quantifiable. Bookies would refuse your money and would call for the men in the white coats to come and take you away. We know where we are and who we are. Fleetwood, Accrington and Oxford will find out next season. Once the Director of the Hospital has left, the patient may well begin a very slow recovery. Whether it is under the current Head Surgeon is a matter for debate.

We may return to this next week.