As a treat, the Young Master will often take his staff to the final game of the season so that we can cheer on the team to a Championship or congratulate them on avoiding relegation.

Ten years ago, he took myself, Gove, his Gentleman’s Gentleman, Herd, the gloomy Scottish Gardener and Hurley the veteran gamekeeper plus Miss Dawson, the keeper of the Young Mistress’s Boudoir to Kenilworth Road, Luton where, under the management of that very scary Irishman Roy Keane, we demolished the home team 5-0 as they slipped out of the Championship into Division One and eventually into something called the Football Conference which was inhabited by frightful types like Barrow, Southport and Fleetwood Town. 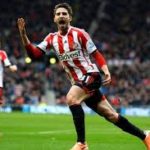 He also took us to some splendid home wins that enabled us to avoid being relegated to the distinctly middle-class Championship (or Division Two as we older gentlemen prefer to call it). We rejoiced when West Bromwich Albion were seen off 2-0 thanks to goals from Jack Colback and Fabio Borini and rejoiced even more when he bought us all a half of splendid English beer on the way home. 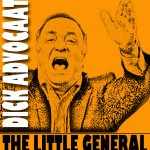 The year after, he asked all of the staff, including Dawson the children’s tutor, to watch “The Lads” as I believe they are known colloquially, hang on for a 0-0 draw at Arsenal and drive the avuncular Dutch manager Mr Advocaat (he had replaced the volatile Uruguayan Mr Poyet) to tears. We celebrated with a round of Old Jock’s Finest Scotch Whiskey and one of Mrs Miggins’s home made and hand reared pork pies.

The year after that, we filled the shooting brake with a hamper and several of the staff and saw Mr Allardyce mastermind a splendid 3-0 win over Everton thanks to two fine goals from Monsieur Kone and one from Heer Van Aanholt in the days when both could defend as well. The fact that that victory confirmed Newcastle United to the Championship was reward enough. Like us, they spent but a single season in that league………

Alas, last season trips to the Stadium of Light were forbidden as it was deemed unfair to put the staff through such a miserable experience. The inevitable relegation that followed saw a dour Scotsman replaced by a confused Yorkshireman and then by a loquacious Welshman.

The Young Master was impressed by young Coleman after the Burton away game. You may remember that he gathered us in the library on his return and told us that Young Mr Coleman seems well prepared and got his substitutions right. That may have been a rare occurrence over the next few months.

This so excited Gibson, the Third Footman, that he helped himself to the Young Master’s brandy and was caught by PC Bain riding his bike back from the Stokoe Arms with no lights on. He was summarily dismissed by the Young Master and has not been missed – and the brandy stocks remain healthy.

After a wretched season, there was little enthusiasm for a trip to the “footy” from many of the staff. Miss Dawson was at a musical event, Dawson the tutor was teaching the children to play Snap and Horan, the wild Irish under gardener, preferred to prune his roses.

I was the only one prepared to accompany the YM to this final game against a Wolverhampton Wanderers team who had clinched the Championship a while ago. On the way there I regaled my master with tales of Billy Wright, Johnny Hancocks, Derek Dougan, Steve Bull and Steven Fletcher (spot the odd one out!!) and we assumed that it would be a comfortable stroll for the Wanderers. 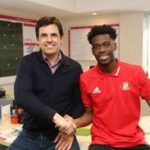 The team selection by the stadium caretaker Mr Stockdale erred on the side of youth with strapping young boys like Robson, Asoro, McNair and Ejaria lining up. Senor Espirito Santo, a Portuguese chappie, made several changes to his Championship winning side including a novice goalie called Will Norris.

As we took our seats in The Stadium for the final time this season, we heard that Mr Lua-Lua had been injured in the warm up and was to be replaced by Master Molyneux, one of the Bishop Auckland Molyneuxs. This was to be the young man’s first team debut and he was one of three Academy graduates to start the game with another four on the bench. The club had kindly provided them with crayons and colouring books in case they got bored.

The Wearsiders started off on the front foot and remained there for the next 90 minutes against a side that appeared to be switched right off as the verbose man sat behind us said – more than once. Indeed, they had brought a hot tub to relax in and whenever a Wolves player went down, a lackey rushed on and gave him a Pimms. The substitutes were seen leafing through holiday brochures and Senor Espirito Santo stood motionless on the touchline toning up his tan.

But let none of this take anything away from a splendidly energetic performance from Sunderland. Players began to show that they could play, with the young Liverpool loanee Ejaria and the ever so slightly older Robson having a firm grip on the midfield.

Not only did they pass the ball well, they tackled like tigers and broke up every limp attack that the supine Wolves launched. The absence of the elderly retainer Cattermole may well have helped as it allowed them to play at a pace that suited them. Both young men could have solid futures in the game, although Master Robson is the only one we will see at Sunderland next season.

Along with the Scandinavian import, Joel Asoro (the Young Master likes him but says that he prefers Scandinavian imports called Britt) and Ashley Fletcher there was an increased level of energy and Ejaria and Fletcher put “The Lads” two up at half time.

Both Senor Oviedo and Mr O’Shea were probably playing their final games for Sunderland and they were allowed to depart to rousing cheers from the crowd and were replaced by two of the village children, Masters Hume and Mumba, with the latter being given the captain’s armband by Mr O’Shea.  O’Shea is a fine man and I hope that he finds employment soon either as a player or a coach.

On the way back to the two-seater, we heard that Plucky Burton Albion (to give them their full title) had been relegated and the young master said that he was disappointed for that nice Mr Clough but that he hoped to revisit the Dog next season and, in an act of considerable magnanimity, promised to allow me to accompany him.

Alas, it will be in Division One (or Division Three as we older gentlemen prefer to call it) and on the way home we considered whether Mr Coleman might have avoided relegation and his ultimate defenestration had he perhaps trusted Young Asoro, Young Robson, and Young Ejaria more and not relied on the creaking knees of Old Cattermole and Old McGeady quite as much as he did.

In one of his rare philosophical moments, the Young Master said What is done cannot be undone and he silently reconciled himself to visits to Accrington, Rochdale, Portsmouth and Peterborough. Who the new stadium manager will be is as yet unknown and the new management committee have a very important decision to make. The future of the Football Club lies in their hands of the field and in the feet of McNair, Asoro, Watmore, Molyneux, Robson and Mumba on it.

He is now in his study perusing his collection of Big and Bouncy (the leather clad edition) and I can hear moans and groans coming from there. Let us be charitable and assume that he is remembering losing six points to Barnsley, four each to Bolton Wanderers, Birmingham City and Reading while contemplating that the side that walked the league and comfortably outscored every other team in the league failed to find the net in 180 minutes against “The Lads”.

I shall bring him a brandy and soda and may partake of one myself. I think we deserve a snifter or two after this season from hell.

Next Post
Sixer’s Sevens: Youth thrown on, and throne to the Wolves