In the first round, our star writer Pete Sixsmith – teacher, 50+ years a supporter and as knowledgeable about football as they come – dealt with perceptions and realism. His questions can be summarised in this way: it’s all very well having a good, encouraging start for the new regime, with bags of enthusiasm among the fans, but what if things go wrong?

Pete Sixsmith: if this season proves to be another ‘difficult’ one, ie no realistic promotion challenge, early exit from all cups, do you think you will be able to sustain the impetus that you have brought to the club? 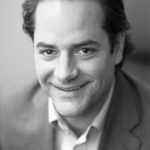 Charlie Methven: let’s be honest: no! We’ve had a helluva lot of impetus thus far.

That is partly because the club hasn’t lost a game since we came in, but also – I hope – because people can see that generally we are getting more things right than wrong and our hearts are in the right place.

If the club fails to mount a promotion challenge this season then – given that we will have the highest budget in the league – things will have gone a bit wrong, and under those circumstances we would have to work hard to recover impetus and momentum. Work hard we would, but results would need to turnaround to fully regain impetus.

That said, I hope that fans recognise that it is a formidable challenge on the playing front. When we came in, there was no manager, a £25 million playing wage bill when the club is going to be restricted to a budget of £12 million or so by the rules,and a significant majority of players wanting to leave the club. Hardly the ideal place from which to plot a promotion charge – most of our rivals next season will have been planning their 18/19 squads from March this year, and will already have had a good core of players used to working alongside each other.

So it’s a really tough jigsaw to solve, but sport is sport and it’s not meant to be easy!

Pete: as some owners have found, being mates with the fans is fine until things go wrong. Are you both prepared for the vitriol that may come from some if we do not win the league by 100 points, win all three cups and solve the problem of Brexit?

Charlie: In a word – yes, we are prepared for criticism.

We are football fans, and have been on both sides of the fence, so don’t have that problem empathising that most football club directors seem to have. I think that we have a bit of ambition to try to civilise debate a little bit.

Pete: this is a big club with a high profile in a geographically contained area. Are you prepared for life in the goldfish bowl that is North East football?

Charlie: possibly; possibly not. It has been quite an eye-opener being up in Sunderland for much of the last two or three months.

I had visited as an away fan, and seen what a big deal SAFC is to its supporters, but until you are up here on a more full-time basis you don’t really get it. I’m pretty certain that there isn’t a city in England that is as obsessed with its football club as Sunderland. I suspect that it’s only once we get into the season proper that we’ll find out what life in the goldfish bowl is really like!

6 thoughts on “In conversation with Charlie Methven: (2) and England’s most football-obsessed city is …”

Next Post
In conversation with Charlie Methven: (1) ‘let’s all roll up our sleeves’