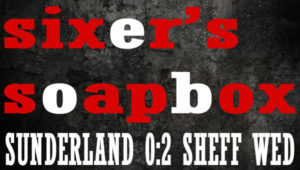 9 thoughts on “Sixer’s Sheffield Wednesday Soapbox: not enough to pass the test but A for effort”

Next Post
Sixer’s Sheffield Wednesday Seven: out but not disgraced