John McCormick writes: I wondered how Pete Sixsmith would approach this one, given that it’s less than a year since we were at Burton. Not much could have changed in under a year, surely.

However, the pubs and the beer are still good and Pete’s writing is as fine as ever:

We ticked this one off 10 months ago and here we are again. I am sure nobody wants to read about games with Bishop Auckland and/or Southport again, so here we go with

1. It’s a relatively short journey. Should our marvellous road system be operating reasonably well, the trip down the A1 and along the A 38 should take no more than three hours with only a brief stop at the hell-hole known as Woodall Services. Here, the discerning traveller can browse Waitrose, WH Smith and take sustenance at Burger King or Starbucks. Or they can cast an eye over the tour buses as they drop their passengers off for their cruise connections. All part of life’s rich tapestry. 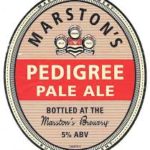 2. If you like beer, there is no better town – as long as you ignore the mega keggery that is Coors. Once the home of Bass and then Ind Coope and Allied Breweries, it is now in the possession of the blandest of the bland brewers from Colorado. They are an anti-union company so committed socialists have another reason for never, ever drinking their awful products. Just down the road are Marston’s, brewers of Pedigree, owners of ping food pubs and suppliers of yeast to Marmite. Last and best are the splendid Burton Bridge Brewery, who have been going strong for 37 years and produce wonderful beers, stouts and porters.

3. Which brings us to one of my favourite pubs, The Great Northern. It is a short walk from the Pirelli Stadium, is away fan friendly and shifts a phenomenal amount of Burton Bridge’s finest. If you haven’t been before, tick it off. 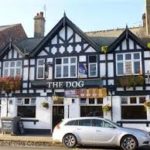 4. Meanwhile, I shall be in The Dog, a pub I came across last season. Owned by Black Country Breweries, they of such beers as Pig On The Wall (no – I don’t know either) and Bradley’s Finest Golden, this is as good as The Great Northern although it is a bus ride from the ground. Take your bus pass and make sure you tick it off. It’s in Lichfield Street, opposite the college.

5. The Pirelli Stadium is a decent ground, perfect for The Brewers. It’s even better for visiting supporters because you can choose whether you want to sit or stand. After 10 years of being forced into seats that are so uncomfortable the CIA could use them instead of waterboarding (Everton), are so far away that you would need a mini Jodrell Bank to see the game (The Sports Direct) or are next to “fans” who have to use clappers (Leicester), it’s a pleasure to be back standing again. Although Burton do have a drummer. And he is irritating.

6. The other good thing about the Pirelli is that you are close to the players so we will be able to see every etching on Chris Maguire’s arm, every detail of Bryan Oviedo’s man-bun and hear every instruction shouted out by Lee Cattermole – although those of a sensitive disposition may want to cover their ears at that one.

7. The fact that Burton is virtually in the centre of the country makes it a good place for the diaspora to meet. Trains to Birmingham New Street from north and south will enable a quick change and a train to Burton. The road system is good. You can get there from almost anywhere in three hours, making it infinitely better than Plymouth Argyle (away). I look forward to seeing familiar exiled faces.

8. Burton have not started particularly well so we have a good chance of winning.

10. Last but not least, we won there last season. It was the beginning of a new era as Chris Coleman led us to a win in only his second game in charge and we looked forward to shooting up the table. Goals from James Vaughan in the 84th minute and George Honeyman in the 88th saw us climb off the bottom and look to a bright future under the loquacious Welshman.

Of those 34 players, we currently still have 8 on our books while Albion also have 8 on theirs, meaning that over half of those on show on a crisp November day have now relocated, some to go on to better things, others to sign for Middlesbrough.

The hopes of a revival were seriously misplaced as we lost the next game at home to Reading and the die was cast for the subsequent relegation.

A win is important after two hard fought but ultimately frustrating home draws. Hopefully, we will be travelling back in good humour with three points under our belt and renewed optimism. Was it ever so………

Burton v Sunderland exract posted on Youtube by Burton Albion, on 26 Nov 2017. If there is any copyright claim, not answered by ‘fair use’ exemptions, on the video and images used to illustrate this report, please make us aware and we will add credits or remove as requested.

4 thoughts on “The First Time Ever I Saw Your Ground: Burton Albion and the Pirelli Stadium”

Next Post
The Burton Albion Who are You?: ‘don’t expect a doddle, Sunderland’