John McCormick writes: I don’t know what Pete Sixsmith’s on about in his opening paragraph.

I can’t disagree with his comment about the average Rugby League prop forward but saying Maths sums are hard is a bit much, and surely he knows that some metals are soft. Perhaps his phrase “ very hard” covers both wood and metal. That kind of ambiguity is one of the niceties of the English language. Another nicety is the way it allows the construction of beautiful prose, words which flow and transport the reader to another world, place or time, but I suppose all languages have that power and it’s up to the writer to wield it.

Which Pete does once again, as he transports you to the coast of Lancashire via the Northern Premier League:

This is the hardest one EVER. It’s as hard as a very hard Maths sum, as hard as a piece of very hard wood or even metal and definitely as hard as the head of the average Rugby League prop forward.

I have seen Fleetwood play a number of times but rarely away from home. When it comes to doing The First Time Ever I Saw Your Ground  in March, it will be a doddle as I have been to Highbury before it was done up and four times since they rose up the leagues. But away from home????

My memory suggests that the first time I saw them was at Bishop Auckland’s old Kingsway Ground in the late 80’s or early 90’s. I have no recollection of the game other than it was a pleasure to see traditional shirts as Bishops played in light and dark blue halves and Fleetwood played in red shirts with white sleeves a la Arsenal.

They have had an “interesting” time over the last 40+ years. Formed in 1908, they pottered on in the Lancashire Combination against the likes of Eccles Borough and Chorley (piece of cake beating them), Nelson, who they would have to keep an eye out for and Morecambe who they presumably were wise to.

In 1968, they joined the new Northern Premier League along with that well-known English team Bangor City and three from our area in Gateshead, South Shields and Ashington. A tenth-place finish in that inaugural season was perfectly acceptable and they spent the next eight years contentedly travelling to places like Scarborough, Gainsborough and Macclesfield. 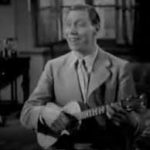 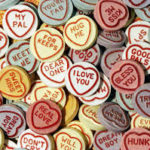 Alas, they folded in 1976, reformed the next year and joined the Cheshire League, where opponents included New Mills, the home of Swizzell Sweets, Hyde United, home of Dr Leonard Shipman and Formby, not the home of toothy Lancashire ukulele player George.

They reached Wembley in the same year as we did – 1985 – and with the same outcome. Whereas we lost to Norwich City in the FL Cup, they went down to Halesowen Town in the FA Vase final. But whereas we never recovered from that defeat, slipping into Division Three  two years later, Fleetwood were on the up and were back in the Northern Premier League the year after.

They won the First Division in 1987 and were back in the Northern Premier Premier League, the Boutros Boutros Ghali of football divisions, and rose to sixth place in 1989-90, the same year that we were enjoying a fine season in Division Two, culminating in that wonderful play off game at The Sports Direct; Gates (13), Gabbiadini (82), pitch invasion (83).

While we were up and down in the 90s Fleetwood were definitely down and folded again in 1996 before resuming back in the North West Counties League as Fleetwood Freeport in 1997. They commenced in the Second Division playing against Daisy Hill (she wasn’t very good), Blackpool Mechanics who finished bottom and had to be wrenched away from the league and Castleton Gabriels, no angels they.

This time, the club survived and readopted the suffix Town in 2002 which presumably attracted Andy Pilley to the club the next year. He had been made redundant when the energy company Enron had gone bust so he set up his own energy company, BES, in his spare bedroom. From the Wyre area, he came into a club that had a dilapidated stadium, limited revenue streams and in desperate need of someone to get hold of it and give it a good shake.

This he did. Money was invested as a result of the success of his company, Business Energy Solutions. The ground was rebuilt. The fan base grew. The Northern Premier League, the highest level that Fleetwood had ever played in, was won in 2008.

It took them two years to get out of Conference North and into the Conference. They won it two years later with Jamie Vardy, an expensive signing from FC Halifax Town, rattling in 28 goals before becoming the first million-pound non-league footballer when he moved to Leicester City.

All of this had been achieved under Micky Mellon but he and Pilley fell out and Graham Alexander came in to replace him. Promotion to Division Two was achieved in 2014 by beating Burton Albion at Wembley although Alexander was replaced by Steven Pressley after a poor start to life at this level. He in turn was replaced by Uwe Rossler who was succeeded by John Sheridan last year and he managed to keep them up before moving to Carlisle United. The current manager is…… well, we all know that, don’t we.

They have come an awful long way since that game at Kingsway and my first view of Highbury in the 90s. Like AFC Wimbledon, Burton Albion and Accrington Stanley, they have plummeted to the depths but have risen and are a well-respected club who could possibly survive in the Championship as Burton did. 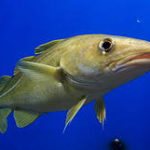 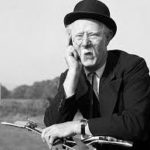 But they must be sent away with the proverbial flea in their ear on Saturday. Barton has made a good start to his managerial career and no doubt the Cod Army are enjoying the attention. Hopefully, our players will play close attention to the likes of midfielder Dean Marney, eight years at Burnley and a former team mate of the manager and forwards Ched Evans, on loan from Sheffield United, and Paddy Madden, a prolific scorer in his four years at Scunthorpe.

No slip ups this week please and hopefully, Mr Pastry will not be refereeing…..

If there is any copyright claim, not answered by ‘fair use’ exemptions, on the video below and the images used to illustrate this report, please make us aware and we will add credits or remove as requested.

Posted on Youtube by jointhemasquerade on 5 Sep 2018. Don’t take its appearance here as any endorsement by the Salut team

3 thoughts on “The First Time Ever I saw Your Team: Fleetwood Town”

Next Post
The Fleetwood Town Who are You? “we surprise people every year”