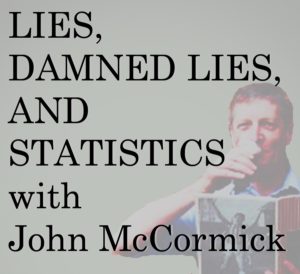 Not that it matters. One appreciative reader, Edward, made a comment  and that got me thinking, so I did a bit of fiddling with the spreadsheet and here we are.

In some ways this post is similar to Friday’s. However, there is not only an update there’s also a change of emphasis. Sunderland, of course, are the main focus but, for the first time this season, Walsall and Doncaster come into the discussion, which is something they’ve merited for a while, and I’ve also included Accrington, new entrants to the play-off spots

One of the points I made graphically was that while the League table has had us in 3rd place for a while Barnsley have actually been doing better than us on a game by game basis. This was made abundantly clear around 2.45 on Saturday afternoon. Barnsley v Luton had finished and the other games were yet to kick off, which meant the top 7 clubs had all played 12 games.  Here’s how they stood:

(I stopped at 7 because the 8th club were Luton and, having played Barnsley, they were on 13 games).

Two hours later it was all change again.

Comparing the two tables shows how incredibly tight it is at the top of League One, and how much a failure to gain points matters.

To that extent, Edward’s comment about draws has some substance. If we had hung on against Peterborough we’d have been level on points with Barnsley and ahead of Posh at the 12-game stage.  As it is, our points per game ratio has fallen and is now some way below our rivals, which is why they are some way above us in the league.

And there’s one thing we must do to raise it. Have a look at the following rankings:

We’re not the best when it comes to winning. OK, perhaps, but nothing more. Not in the Portsmouth class.

That’s because we can’t keep a clean sheet. Barnsley have held out in almost half of their games. We’ve done it once in twelve games.

Yet we have always scored. Always. Every game. No other club has done that. And not only do we have the League’s top scorer in Maja, we have eight others who have scored.

So we don’t lose many games. It’s small numbers so far, so perhaps not that reliable a stat, but we’re as good as anyone in the League and better than most when it comes to getting at least a point.

It’s obvious, isn’t it. So obvious that everyone knows it without my charts and tables.

Don’t worry about our attack, Jack. Just sort out our defence. Make Edward, myself and 30,000 others happy. Keep some clean sheets and our forwards will convert those draws into wins.

I think Jack’s up to that task. I suspect Pete Sixsmith will be thinking much the same. He should be here tomorrow or Tuesday with his own take on the first quarter of the season, and while my stats might point to some areas his analysis will shine a torch on them. It’ll be an excellent read and we hope you’ll visit us to enjoy it.

1 thought on “Barnsley and Doncaster (and Accrington?) push Sunderland down and Walsall out.”

Next Post
Branch Lines: keeping the Sunderland faith down the A19