John McCormick, associate editor, writes…. a century ago Bradford was both a new city and an industrial power, able to compete with anywhere in the world. As befitted its status it had two professional football clubs, one of which had won the FA Cup in 1911 by beating Newcastle United, who had won it the previous year.

Then came decline, of the city and of its football clubs. While close neighbours Leeds United became mighty and cross-Pennine rivals in Manchester achieved great things,  Bradford Park Avenue – Len Shackleton’s first club – went from playing in an Archibald Leitch stadium to Sunday league football before returning as far as the Vanarama League (North).

The other club, cup-winning Bradford City, were relegated in the 1920s and never regained their pre-war glory. But, despite trials and tribulations that make our recent troubles seem trivial, they remained in the Football League.

M Salut: You’ve made a disappointing start, though a couple of good results would change that. How do you see the season going for you?

2018 as a year has just been truly awful for Bradford City. We’re on our fourth manager/head coach of the calendar year, and have gone from competing in the play offs to sitting third bottom of the league.

With only 3 wins from the opening 11 games this season, it’s clear we are in for a tough relegation battle. There are signs of improvement and the midweek win at Wimbledon was very welcome. But the squad lacks quality.

Meanwhile off the field, the owners are becoming increasingly unpopular, as their attempts to implement their idealistic strategy seems to only succeed in dismantling what was good about the club before.

Is David Hopkin the man to lead you back up through the divisions and is the ownership structure  encouraging?

Given all the manager turmoil of this year, quite simply he has to be. We cannot possibly contemplate yet another change of head coach. Encouragingly, Hopkin did a brilliant job at Livingston in difficult circumstances not dissimilar to the Valley Parade turmoil he has walked into. I like his quiet assurance, and his level-headedness, which is needed right now. He has inherited a squad not suited to his desired style of football, but if he can get some results and then be given adequate resources in future transfer windows, I believe he can rebuild this team.

As for the ownership structure, Chairman Edin Rahic and co-owner Stefan Rupp have been at the helm for two years and the club is going backwards at an alarming rate. Rahic, who harboured dreams of making it as a footballer, only for injury to end his career at 21, effectively operates as director of football and has a large say in recruitment. He is very hands on, and many employees have seemingly found him difficult to work with. His ideals about bringing young players through are laudable. But, so far, they’re failing to bear fruit, and the team is staring at relegation to League Two.

I can recall seeing us play in the Premier League. How has life been in the lower leagues that we have been getting accustomed to?

Unlike you guys, our time in the Premier League wasn’t long enough for us to ever feel established. And to be honest, I think most City fans would agree that we love the lower leagues. The corporate, financially-out-of-reality Premier League leaves us cold. We’re a bit fed up of life in League One and crave a return to the Championship, but there’s something deeper and more meaningful about life in the lower leagues.

And what would it take to get you back at least to the second tier if not a return to the top flight?

It would involve a change of leadership behaviour at the top. An understanding that over the past few months we’ve moved further and further away from the club’s traditional values of hard work and collective endeavour. We need to sign players with the character to handle the challenge of playing in front of large crowds, and who can lift the standards of everyone around them. Oh and a 20-goal-a-season striker would be nice too.

Woeful financial problems, the brink of closure but also a couple of Wembley trips: what is the current state of the club in your assessment?

As I mentioned there is a big supporter debate going on right now about the leadership of the club and that feeds into what our ambitions are and the type of club we aspire to be. Between 2012-2017, we had five years of incredible growth, improving league position year-on-year and coming so, so close to the Championship. We had those great cup runs (I’m sure Sunderland fans remember a certain FA Cup tie at Valley Parade in February 2015!) And our crowds have grown. Last season, we had more season ticket holders than we managed to have during our time in the Premier League.

It has all unravelled worryingly quickly. Long-time supporters are calling this the worst period supporting the club they have ever known. It feels like we are dangling on a cliff edge, stumbling our way towards an almighty fall. Hopefully, we can step back and avoid it.

I’ve supported Bradford City for over 20 years and the highs include reaching the Premier League in 1999 – I was there to see us get promoted in an away game at Wolves – plus the astonishing run to the League Cup final in 2013. The lows have been more frequent, sadly, with the double whammy of administration and relegation from the Championship in 2004 my personal lowest point.

And who are the best players you’ve seen – or wished you’d been around to see – in Bradford colours?

I was lucky enough to witness Stuart McCall’s second spell at the club as a player. The all action, never-say-die approach he personified was a joy to watch. He was also a superb passer and had a brilliant vision. For out and out skill Benito Carbone was wonderful to watch. He did things with a football I’ve never seen anyone else wearing claret and amber achieve. Shame his wage packet almost killed the club.

Is there anyone who should have been allowed nowhere Valley Parade?

That could be an emotive question with the current ownership concerns! Looking at the past I’ll plump for Ashley Ward. Like Carbone, he was signed on wages we couldn’t really afford. But the big difference was Ward never performed to the level to justify it. The fact it took him something like 30 games to score a league goal for us said a lot.

I am old enough to remember the awful tragedy of 1985. I guess you are not, but do you have any handed-down memories?

I’ve recently written a book – to be published this month – that looks at the heart of what Bradford City stands for, and its DNA. This included spending time with people who were witness to the terrible events of 11 May 1985. I also attended this year’s annual memorial service.

The fire is an incredibly emotive topic even now, some 30 years on. 56 supporters went to watch a game of football and never returned, and hundreds of others were injured or scarred mentally. Yet through adversity, the club and supporters came together and that community legacy is something that remains a vital fabric of who the club is today. No one will ever forget those terrible events.

Getting to know League One players – even our own – is a steep learning curve. Who  is doing well for you and where are you in dire need of strengthening?

We are badly missing a certain Charlie Wyke. David Hopkin’s style of play really requires a targetman, and we have absolutely no one who can competently play that role. In terms of doing well, it is slim pickings right now. An honourable exception is Jim O’Brien, who plays in midfield and has brought some much-needed character to the side.

Sunderland: were you surprised by our steep decline?

Yes and no. You seemed to spent year on year clinging onto your Premier League status. Usually surviving by sacking your manager and then winning the derby a week later! But at some point, gravity was going to get you. We see a lot of clubs fall from the Premier League to League One, and the state of your club suggested it would happen to you. The only real surprise was how quickly you fell through the Championship.

The good news for you is that most big clubs who have fallen to League One bounce back strongly – just look at Wolves, who we were playing in this division just four years ago. I’m sure you will reverse the decline pretty soon.

Any other thoughts on our club – the fans, the city and region, Jack Ross?

I have a massive soft spot for Sunderland the place. I went to University in your wonderful city, and spent three amazing years on Wearside. I absolutely love the place, and when I go back the place is littered with some many special memories.

My three years in the North East also gave me a real appreciation of just how passionate Sunderland fans are. How much the club means to the city. And just how much you guys despise Newcastle! How does that chant go? “Alan Shearer’s illegitimate, he has got no…”

Hand on heart, where will our team finish this season?

You will finish top two for sure. Hopefully we can at least avoid the drop!

The World Cup: a pleasant but fading memory or something to savour until the next one?

I enjoyed the summer World Cup far more than I thought I would. It felt like a true festival of attacking football. But I fear it will go down in history as the last great World Cup, before FIFA truly ruins their own tournament through the farcical and disgraceful Qatar 2022.

The Neymar Question  will VAR help eliminate cheating or does it really not  matter any more in the real footballing world?

For me football is such a subjective game that you will never be able to rule out controversies. VAR can help but it can also hinder. I can’t pretend I’m jealous we don’t have it in League One.

Put fans’ needs before profit. Your job is to protect the soul of the game, not help the big clubs line their own pockets. Football should be affordable to everyone. They need to address this. And the Football League needs to remember they are here to serve Football League clubs – end this CheckaTrade Premier League Under 23 team nonsense right now. 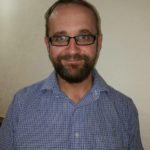 I will be watching on from my season ticket seat in the Kop. We don’t play you often in the league, but when we do you habitually scored four goals past us at Valley Parade. I fear a repeat of that on Saturday.

I’m a Bradford City supporter of 20 years. I’m the editor of the Bradford City fans website, widthofapost.com, and I have a book about the club out at the end of October: Who We Are: Exploring the DNA of Bradford City**.

** To order a copy of Jason’s book, go to his website (linked above)

4 thoughts on “Bradford City ‘Who Are You?’: it’s grim up north”