Peter Lynn, our own Wrinkly Pete, makes a welcome return to these pages with a positive appraisal of all things SAFC. And no, he never actually fell out of love; it was just a lovers’ tiff …

Old fashioned as I am, I didn’t feel right contributing to this splendid website this season until I had seen a few games.

Now that I have; four wins and a draw in a calendar month, I would like to express my feelings for the positive changed atmosphere around the club.

As those kind enough to read my opinions will know, I wasn’t one to blame all of SAFC’s recent past woes on Ellis Short. However, the new ownership (they would probably prefer custodianship) has incredibly quickly replaced a poisonous atmosphere with something approaching genuine happiness.

The replacement of the SoL faded seats is probably the most visible action they have taken but engaging with the local fanzines and allowing space for their articles in the match programme is, for me, more significant.

Both Stewart Donald and Charlie Methven have said they are football fans but that is easily said. Actions like the content of the programme or Stewart Donald standing among our away fans at the Doncaster away game prove their worth.

Their appointment of Jack Ross seems, at this early stage, a master stroke. Not only do his team selections seem sound but his use and timing of substitutions have been perfect in the games I have attended. I am happy to admit that questions I raised about – for example – the replacement of Maguire with O’Nien at Plymouth have been quickly and positively dismissed. 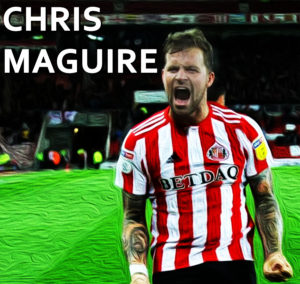 In addition, he has clearly instilled a team spirit that sees players fight for each other and the cause.

At Plymouth, when the inevitable response to our opening goal meant that the home team put us under pressure, our players threw themselves into prone positions in order to block shots. I know some might say that is only what you would expect; I would reply that it is not something you saw as a norm last season.

Further, I should imagine that he is behind the current greater engagement of players with fans, as seen on the train returning from Plymouth with Luke O’Nien’s time spent with our fans.

Speaking of happiness, the atmosphere amongst our fans at away games is now a joy to be part of.

While I have found enjoyment in past seasons it was always a case of expecting the pleasure to be short lived. Now there is positive momentum and I can even tolerate the odd (?) fan climbing up my back to stand on the top of my redundant seat to celebrate another Aiden McGeady super goal!

6 thoughts on “Wrinkly Pete: can’t help falling back in love ….”

Next Post
The Port Vale vs Sunderland Guess the Score. Let’s keep up that winning feeling