Lee Probert’s performance will undoubtedly dominate the headlines and let’s face it he was shocking. Consistent but shockingly consistent. Even before the penalty and the sendings off he was subjected to chants of “you don’t know what you’re doing” and “you’re not fit to referee”.

What’s more, he appeared to blow for fouls commited by Sunderland players, immediately after it seemed he had ignored a similar infringement committed by a man in blue. And this is allowing for my bias. The home crowd might be partisan but they aren’t stupid.

Bad refereeing apart, the other talking point was the absence of Josh Maja. As I am at the fag end of a dose of bronchitis, I am inclined to go along with the manager’s assertion that he was ill. I hope they told the representative of Crystal Palace who was supposed to be coming to watch him. The official reason won’t be enough to stop the rumour mongers, though personally I still think he’ll stay, at least until the end of the season.

More worrying for me though is our inability to push home an advantage, a defence that has its shaky moments and the number of occasions we give the ball away needlessly.

I said before the game that avoiding defeat wouldn’t be a disaster, especially if Portsmouth lost but I left yesterday’s game frustrated at a failure to consolidate our promotion push.

How was Pete Sixsmith feeling as he left the ground and how did he rate yesterday’s performance? Let him enlighten you. 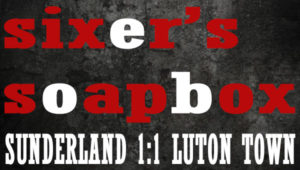 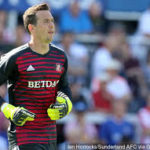 It could have been worse. We could have lost and probably would have done had we not had such a good goalkeeper in Jon McLaughlin between the sticks. Portsmouth could have battered Blackpool and gone even closer to the horizon – but they lost at home so that single, solitary point doesn’t look quite so bad.

We could have allowed a well organised and competent Luton Town side to go four points up on us, but we didn’t. They had a number of half decent chances to win the game – we had two, one of which we scored from and one which the vast majority of Northern League centre forwards would have dispatched with the minimum of fuss.

We seem to find it very difficult to get that elusive second goal. The last time we scored more than once was at home to Bristol Rovers, a couple of weeks after that weird game at Walsall where we came back late and the time before that was in another strange game where we scored four at home to Barnsley but never really convinced.

Since then, excluding the EFL Trophy, it has all been singles, some of which have won us the game (Bradford City and Blackpool), some of which have led to draws (Shrewsbury Town and yesterday) and one of which turned out to be a consolation (Portsmouth). The motor appears to be coughing and spluttering a little. 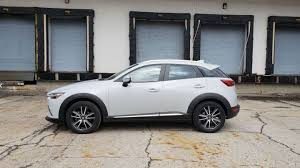 I know little about car engines. We do not claim to be a Rolls-Royce or a Bentley, but we had hoped to be running along smoothly like a well-tuned Mazda CX3 (the writer’s car of choice) rather than an older and less well-appointed Mazda model.

Parts of the car work perfectly well. The keeper is outstanding and the save he made from Collins when he pushed his shot around the post is the best of many fine stops he has made this season. The one near the end from Shinnie wasn’t a bad one either.

The back four did little wrong. Both full backs got forward well and defended effectively against a side who do not employ wide men in the traditional sense of the word(s). O’Nien produced one of the moments of the game when he came in to help Flanagan out with a storming tackle to take the ball off a Luton player in a potentially dangerous situation.

The two central defenders were steady despite a constant battering from Danny Hylton, who played with the aggression and muscle that we too seldom display. His red card may well have been unfortunate although he certainly caught Baldwin in the face. Lee Probert (of whom more later) pulled the red immediately and that gave us an advantage that we failed to take.

So far, so Mazda – although more a well maintained pre-owned Mazda 3 than the smooth CX3 described earlier. It’s in the other parts of the field where our difficulties lay yesterday.

The two holding midfielders, McGeouch and Power, held their positions well without ever asserting themselves.

The former is a very tidy player who moves the ball on well but who lacks a real physical presence, particularly when the game enters its closing phase. In the final 20 minutes, when we should have been pushing forward for the winner, he was brushed off the ball far too easily and this must be a worry for Jack Ross, who clearly made the former Hibernian man his marquee signing.

Max Power appears to have been told to sit deep and not get too far forward. The zest and brio that he brought to midfield in August and September have been replaced by a more thoughtful game that may well have been adopted in view of his three early exits. If so, while not quite emasculated, he has not had the influence that he showed in the wins over Gillingham, Scunthorpe and Rochdale. A difficult conundrum for the manager to resolve. 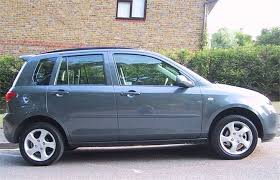 The three that played in front of him were more an ageing Mazda 2 yesterday.

Gooch had a poor game, and is struggling at the moment. He has started more league games than any other outfield player apart from Baldwin and yesterday it looked as if the engine is in need of a re-tune. He was well contained by a Luton team who had done their homework on him and it was no surprise when he was replaced by Kimpioka. Some think that might have happened earlier…

McGeady worked hard but again, Luton denied him space and he spent a lot of his time turning in on himself rather than moving forward. James supported him well as did Oviedo when he came on, but the Irish international never really asserted himself on the game and in games like this we need a man of his quality and experience to do that. 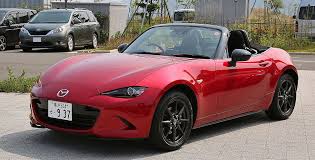 As for Chris Maguire, he clearly sees himself as a Mazda CX5, the smart, slick, ever so attractive sports model that draws admiring looks. His goal was well taken and it looked for a while that he would carry us home to an important win.

But the wheels came off in the second half. He lost the ball in a dangerous area, allowing Luton to play McCormack (as good yesterday as he was at Kenilworth Road in August) into the box. His attempt on goal led to the penalty and put them in with a good chance of winning the game.

Maguire faded after that and gave the ball away far too much and then his engine exploded when he was sent off for a stamp on McCormack which Lee Probert dealt with in the only way he knows how to – incompetently. 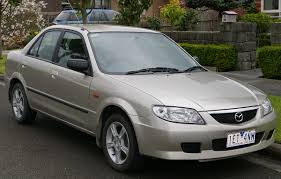 And finally, Charlie Wyke, whose performance was reminiscent of a Mazda 323, the ageing and wheezing predecessor of the 3.

Not a great game for the former Bradford City man. He was left alone up front after Josh Maja’s withdrawal with an illness and he did not look to be the answer to our goalscoring problems on this showing.

He is not built for speed and long balls knocked for him to chase on to are not to be recommended. But he was not particularly good in the air against a defence that, when put under pressure, looked decidedly rocky.

His nadir came in the 76th minute when a fine attempt by McGeady smacked against the crossbar and landed on Charlie’s head. We prepared to celebrate the winner – and he managed to head it over from three yards. Not good and not the way to win over an increasingly sceptical fan base who remain to be convinced by him. Shildon’s Billy Greulich-Smith (a massive SAFC fan) would have gobbled that one up.

So, a bit of a disappointment. Luton and their impressive support (4x as many as they took to Scunthorpe recently) celebrated a point while we trooped out not quite disconsolate but well, er, disappointed.

We need a win at the aforementioned Iron next week but they have dragged themselves away from the relegation places and had a good win at Walsall. It won’t be easy and we will probably be without Maguire for three games. There maybe a new forward in by then and Maja may have recovered – or more likely left for the promised land of Under 23 football at Wolves or Palace or wherever he ends up. 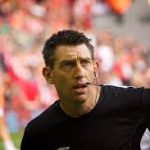 And now, my deconstruction of Lee Probert. He had a shocker. He strutted around. He awarded a penalty that was by no means clear cut. He may well have got the two sendings off wrong. He will probably have a Premier League game next week. Let’s hope it’s Newcastle v Cardiff and he loses his senses on the way to the North East for the second successive week.

When I ran a Sunday morning team many years ago, I was told by the League secretary and the secretary of the local referees’ association, that the minimum mark for a ref was 4/10. One mark was given for him turning up, two extra for him having the correct kit (including flags) and for being tidy and another for seeing the game through. 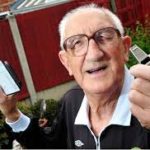 A 4/10 was thus given to the most incompetent of Sunday morning officials, including the one who decided to ask a fellow referee who was spectating to do one half of the pitch while he did the other, to the referee who rarely, if ever, strayed from the centre circle and to the man who clearly refused to book or dismiss anyone because he had “better things to do on a Sunday evening than fill in reports to Durham FA”. His games often ended in mayhem.

Lee Probert would fit in with any one of these three. He deserves his 4/10.

10 thoughts on “Sixer’s Soapbox: Sunderland 1 Luton 1. Mazdas but no Maja”