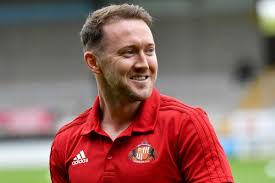 Let Pete Sixsmith add his appreciation of our superb midfielder after what has been for him, come what may, an outstanding season …and he is picking up awards, starting with one from the SAFCSA branch liaison council (Luke O’Nien was the young player of the season)

Choosing a player of the year for the previous two seasons must have been a difficult task. Who, among the likes of Steele, Djilobodji, Ndong, Gibson and countless others, would be fit to follow in the footsteps of Jermaine Defoe, Marco, Benno and, er, Lionel Perez.

This year, we had choices. Jon McLaughlin has purged us of the goalkeeping demons that inhabited the Stadium last year and has kept goal to the standard that we have come to expect.

How a club that numbered Monty, Barry Siddall, Chris Turner, Vito Mannone, Jordan Pickford and, er, Lionel Perez as custodians of the net came to be blessed with two of last season’s net men beggars belief, as they say in the saloon bar of The Dog and Duck.

Luke O’Nien must have been in with a shout after his excellent campaign and there are several others (Lee Cattermole, Josh Maja had he stayed, George Honeyman) who, on last season’s abysmally low standards, would have had a chance.

But the award went to our one truly outstanding player, a man who every club in this division would have loved to have in their squad and who could well have left us for Championship football had an incoming manager fallen out with him.

Step up Aiden John McGeady, born in 1986 in Rutherglen and a former player for Celtic, Spartak Moscow, Everton, Sheffield Wednesday and Preston North End with the odd appearance for the Republic of Ireland thrown in.

He’s probably in the top three when it comes to wages and I am sure there was a sharp intake of breath when Messrs Donald and Methven saw what his weekly take home was. But he has shown over the two years he has been with us that he is well worth the contract his agent had negotiated for him.

His first appearance came in the encouraging home draw with Derby County but it was the next league game at Carrow Road which showed his quality. He scored a sensational goal in the 60th minute with a stunning shot from twenty plus yards to put us two up and then crossed for Lewis Grabban to make it 3 and send us home anticipating a good Championship season under Genial Simon Grayson.

Got that one wrong, didn’t we?

He was one of the few (relative) successes as we tumbled out of the second tier, scoring 7 times including a winner at Nottingham Forest which gave us hope last Christmas, only for Barnsley to send us back into our permanent occupancy of Castle Despair two days later.

For a man of his experience and ability, it must have been a hard slog, but he put the miles in and when the new regime took over, he set about proving to them that he was quite capable of leading a revival and setting the club right. 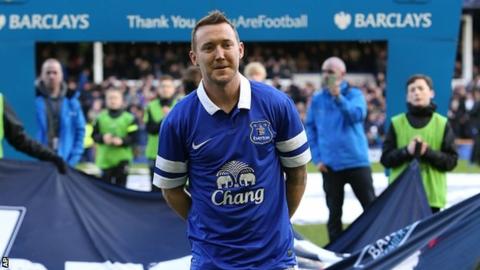 Look at his career and he has played for clubs that have histories. No Watfords, Bournemouths or Crystal Palaces for him, arriviste clubs with no history, poor stadiums and low fan bases.

Starting out at Celtic, he won titles and cups in most of the years that he was there. He scored on his debut at Tynecastle against Hearts and, in 2007-08, he was the SPFA Player and Young Player of the year. 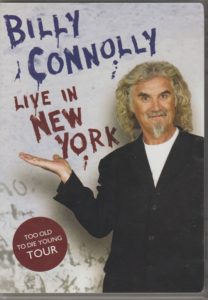 He fell out with Gordon Strachan (not the hardest thing to do) and moved on to Spartak Moscow, another huge club with a myriad of Soviet and Russian titles to their name. They paid £9.5m for him, making him the most expensive Scottish export ever, beating Andy Stewart’s kilt (sold to a collector in Vancouver) and a series of hairs from Billy Connelly’s beard (currently owned by the Vatican Museum).

It would be fair to say that he did not settle well in the land of Bolshevism (decd), blinis and bears and he fell foul of the Russian footballing authorities on a number of occasions. Ditto the hierarchy at Spartak and he eventually negotiated a transfer to Everton. 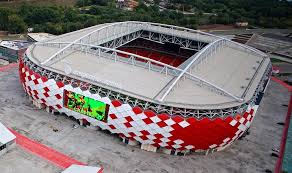 If Moscow was a bad experience, Goodison was like being forced to watch end to end episodes of On The Buses followed by Terry and June and Robin’s Nest. He barely played for The Toffees, enduring a sticky time and wrapping up his miserable experience by going on loan to Sheffield Wednesday.

This was little better and he started 2016 at Deepdale, where Simon Grayson took a gamble on him and he responded, winning North End’s Player of the Year trophy at the end of the season.

Now he has the Sunderland one to add to his trophy cabinet after a season which has seen spectacular goals – Wembley being the finest – and a succession of “Marseille Turns” and “McGeady Spins” that have bamboozled defenders, goalkeepers and sometimes, his team mates.

When it was revealed that he had broken a bone in his foot, it looked like that was it for the season, but he came on against Doncaster Rovers and started at Peterborough United, both of which showed that whatever may have gone wrong at the Spartak Stadium, Goodison Park and Hillsborough, he has shown that the Stadium of Light is a fitting place for him to display his pace and quality and most of all, his commitment.

He even has his own song and I have been known to sing it while trudging round Shildon early doors delivering Northern Echoes, Daily Mirrors and Suns (I drop them in puddles).

Aiden,
Aiden McGeady
Runs down the wing for me

Here’s hoping he can guide us through the thicket of the last three games and that he can rest that broken bone from May 4 onwards. 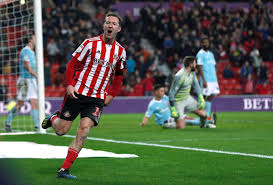 1 thought on “Aiden McGeady: the easiest decision in any Sunderland player of the season award”

Next Post
The First Time Ever I Saw Your Team: Portsmouth