John McCormick writes: Pete Sixsmith reaches the  penultimate stage of his journey round League One with a warning that this will be another tough game. Personally, I expect us to win it, but with a weakened team: McGeady and  Oviedo won’t play, being injured, nor will Catts, Wyke or Grigg to keep  them safe. But Chris Maguire will, to give him game time, and also Gooch. Bali Mumba will be there and so will Benji Kimpioka, who will score. He won’t be the only one  to do so and the result will be 3-1 in our favour, which will earn me my second mug of the season.
Will that be my only consolation after a long hard season?  I think not. But then again, we are Sunderland.

Our opponents lined up; 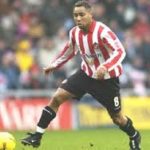 This was our ill-fated season under Mick McCarthy and Kevin Ball, when we managed to win three games all season, narrowly avoided the ultimate humiliation of being relegated by the Mags and went down with what then was a record low number of points in the top division. Fortunately Derby County took that title two years later.

Look at that team. To describe it as being full of journeymen is to be charitable. Of the squad on duty that day, only Nyron and Dean Whitehead survived the end of season purge and the subsequent wiping out of the rest of the squad by Roy Keane during the following season.

Look at the Arsenal squad and they are all names, players who had achieved or went on to achieve, league titles, World Cup Winners Medals and probably first prize in the Highbury and Islington Flower and Produce Show, beating Jeremy Corbyn’s courgettes and Glenda Jackson’s tomatoes in the process. 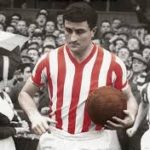 That was our final visit to Highbury before the move to nearby Ashburton Grove and I remember thinking at the time that it will be a long time before I visit the new ground, which could be seen rising up in the distance. No more Highbury, a ground I had fond memories of, having first visited it in April 1966 and seeing Charlie Hurley put us ahead with a header (what else) just before half time, only for Jon Sammels to equalise mid-way through the second half.

And now, I get the chance to see us play at Highbury again as we exchange North London for North Fylde and our first (and maybe last) visit to Highbury Stadium, home of Fleetwood Town.

My first visit to Highbury Stadium was on the 26th August 2003, two years before my final visit to the other Highbury. It was a Tuesday night game and came a day after we had seen off Watford 2-0 on the August Bank Holiday afternoon. Marcus Stewart (pen) and Stephen Wright were the scorers and we went on to finish third behind Norwich City and West Bromwich Albion. We lost in the play offs to Crystal Palace, largely due to the diving antics of Andy Johnson and the deficient penalty taking techniques of Jeff Whitley.

By this time, Fleetwood were in their third incarnation. They had been formed in 1908 as Fleetwood FC, went bust in 1977 and came back as Fleetwood Town FC and lasted twenty years before disaster struck again and they folded. 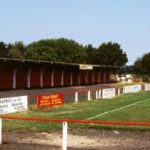 Nothing if not resilient, they re-emerged as Fleetwood Wanderers, switched their name to Fleetwood Freeport as the result of a sponsorship deal and claimed the name Town again in 2002, by which time they were in the North West Counties League Premier Division, where opponents included such luminaries as Skelmersdale United, Stone Dominoes and Salford City – who may emulate Fleetwood’s rise through the beautifully created football pyramid. 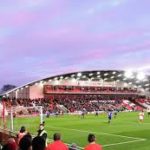 I saw them play Ramsbottom United on a pleasant evening on the Fylde Coast. They won 2-1 in a game that does not register in my memory but the ground does as it could only be described as ramshackle. In fact, it was so much so that they were refused promotion to the Northern Premier League at the end of that season despite finishing third behind Clitheroe and Mossley and ahead of Warrington Town and Woodley Sports, who were promoted.

It was at this time that Andy Pilley became involved and the ground was gradually transformed into the modern facility that we will visit on Tuesday. Gone are the wooden stands and the speedway track that set the stands away from the pitch. In their place are modern structures with the curved main stand being particularly pleasing to the eye.

I have returned a number of times over the years. I saw them draw with Yeovil Town in an FA Cup tie a few years ago when they introduced a sub called Jamie Vardy who put the fear of god up the Glovers defence. Coasting to a 2-0 win, they had no answer to the pace of Vardy and although he didn’t score, he had a hand in both goals to force a replay. He scored in that as Fleetwood won at Huish Park.

I saw a dreadful 0-0 draw with Coventry City a few years ago, where both sides needed a win to get into the play offs and were too frightened to commit themselves.

I saw an even worse one a couple of years ago when Port Vale, needing a win to stay up, hung on for 80 minutes and then flung three forwards on to try to get the goal that would keep them in Division One. They failed, were relegated and sacked manager Michael Brown the next day, He’s now a pundit on the BBC, joining other successful former managers like Alan Shearer, Simon Grayson and Steve McClaren in pointing out what the likes of Guardiola, Klopp and Pochettino are doing wrong. 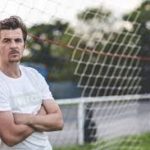 Fleetwood Town have done remarkably well over the years. The game against Ramsbottom was at the same level that Shildon play at now and their progress through the leagues has been steady and sustainable. They have promotion ambitions themselves and will be looking to test themselves against a play off team.

It’s a stiff test for us which we may or may not rise to.

Jamie Vardy video published on YouTube by Scout Baller, Nov 2015. If there is any copyright claim on the video or images used in this report please let us know and we will acknowledge or remove as requested

1 thought on “The First Time Ever I Saw Your Ground: Fleetwood Town and Highbury”

Next Post
Fleetwood Town Who are You? Going to the Stadium of Light ‘wasn’t like going to Clitheroe’