Malcolm Dawson writes…..thanks to the Lads’ inability to get anything from their two days at the seaside at the end of the regular season, this was to be my last live game of the campaign as I have a hospital appointment for an old man’s scan on Thursday and a pre-arranged commitment back in Lytham, should we have to make a return trip to Wembley. Thanks to SKY TV and the armchair football fan it kicked off at the strange time and doubtless there were more than a few season card holders who refused pay the extra for this game or to give up their Saturday night at the pub and watched proceedings there. As much as I dislike the way fixtures are arranged for the benefit of TV, at least it means I shall be able to follow our progress in the quest for promotion.

I’m not sure if Pete Sixsmith was at the Bradford Bulls v Leeds Rhinos game yesterday afternoon. I know he was thinking of going, so if he did he was probably fuming on the drive back up the A1, after the Bulls, once all conquering and mighty, but now massive underdogs put their near neighbours to the sword.

Would events at the Stadium of Light cheer him up? Let’s find out 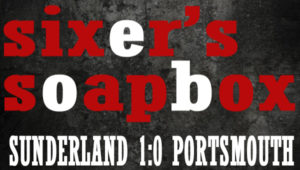 Played four, won one, lost one, drawn two. Goals for 5, goals against 6.

One penalty shoot out (lost), two red cards, one flare thrown, two decent performances, one disappointing one and one – this one- that had us reaching into our souls, dragging up almost the last reserves of energy and taking a lead into the second leg of a play off game. The previous three games had been memorable in their own way.

By all accounts, Portsmouth played well at Fratton Park and deserved their 3-1 win, albeit all of their goals came after a contentious red card for Glen Loovens and the Wembley final was the proverbial game of two halves, with us dominating the first 45 and them the second before extra time and penalties.

The league game two weeks ago saw a blinding performance from their keeper to keep out efforts from Wyke and McGeady and the general feeling was that we were the better side and certainly the one who declined to extend the limits of “acceptable” gamesmanship, particularly in the second half.

Both clubs would have been a tad disappointed to be in the play offs, especially as perceived “smaller” clubs had bagged the automatics by dint of being better. That was reflected in a reduction of spectator numbers from both clubs, with there being a good 15,000 less than those who turned out on the last Saturday in April. No doubt they will all have good reasons for not being there. Some of them may be genuine.

Having said that, their choice not to attend appeared to be vindicated in a tight and rather turgid first half. It was as cagey as one would expect a semi final first leg to be between two sides who know each other pretty well and who are both desperate to re-join the money loss machine that is The Championship with its 5.15 Saturday kick offs, ailing former giants and a whole hour of Colin Murray on Quest. Maybe we should stay where we are…..

Portsmouth made changes. In came Hawkins, a threat at Wembley, and Evans started, but our old favourites were still there. Thompson, he of the most conspicuous dive of the season, Lowe, the man who kicks the ball away at every opportunity and Burgess, a petulant child inside the body of a man, who thinks it is fine to manhandle Wyke but who squeals like a frustrated six-year-old when anything happens to him.

We had changes as well after last week’s debacle at Southend.

O’Nien and Oviedo came in at full back, Morgan returned for Grigg and, prior to kick off, we thought that McGeady was back for Gooch. Alas, no. His foot was still giving him pain and he withdrew. Cue frantic tactical revisions in away dressing room as Portsmouth decided who to kick the most seeing as McGeady wasn’t playing and Maguire was only on the bench. Wyke got the short straw.

He had the kind of game that we have needed from him all season. He was brave, he worked so hard that he put Stakhanov, the Soviet Hero of Labour, to shame and he had Christian Burgess to contend with. The constant fouling was bad enough, but for a lad brought up in Middlesbrough, it must have been the constant whining that got to him:

“Please Mr Referee, he stood on my foot. He’s not being fair. I only tried to pull the shirt off his back.”

“Mr Referee, he sweared at me. That’s not nice. You should tell his mammy what he been and gone and done.”

“Yes, I will, Christian. Wyke, behave yourself and no more of that rough type of play. This is a game for gentle boys with man buns not craggy oafs like you.”

And so it continued ad nauseam.

We huffed and puffed and didn’t do a great deal in the first half, but they did even less and looked happy to settle for a 0-0.

Enter Chris Maguire. He replaced Lewis Morgan, who has ability but who does not relish a physical challenge – so Portsmouth will not be his favourite opponents. Maguire’s arrival came after McGillivray had made a blistering save from a Honeyman header and within minutes of coming on, the former Portsmouth loanee had won the game for us.

Wyke put pressure on the Portsmouth defence, a weak header landed near Maguire who produced a stunning volley to settle the game. Brilliant goal from a player who has dazzled and frustrated in equal portions this season. Should he start on Thursday, they will target him continually and he will have to keep control of himself.

Then we lost Ozturk to a poor decision by another poor referee.

Andy Woolmer had a decent first half but he must have had a message at half time from friends and family saying that they were disappointed that they hadn’t seen much of him, could he do something about it please because all the neighbours were round and Mrs Baker from Number 22 thought he wasn’t doing enough to get in the cameras. So he sent Ozturk off for denying Evans a clear goal scoring opportunity – except that it wasn’t. It was a foul and a yellow card, but Evans did not have the ball under control and was heading away from goal. The “last man” argument is redundant now – it has to be a clear opportunity. 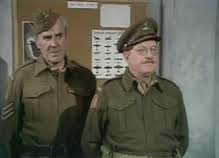 Mr Woolmer got his moment of fame and Ozturk, who had been excellent and had many wondering why he hadn’t been in the team earlier with his lusty tackles, excellent positioning and competitive attitude – although he does lack pace – trooped off to the dressing rooms. Flanagan has looked far more confident alongside the former Hearts man and there were worries that Dunne may flounder. He didn’t and, apart from the subsequent free kick hitting the bar, the consistently excellent McLaughlin had little to do.

Jackett sent on the cavalry to try and take advantage of our numerical deficiency but we held on, with Cattermole and Power shielding the defence, the full backs working hard and Honeyman turning up everywhere. Maguire hit the post and we saw the game out successfully.

We go to Fratton Park and its decaying infrastructure on Thursday for what will be a very difficult 90/120 minutes. There are no away goals counting double, so we need to draw or win to go through. It will be difficult. They will have their usual 19,000 crowd baying for blood and putting pressure on the referee. It will be difficult, but the only time we have gone into a second leg without being a goal down, we won. Newcastle 1990 – Gates 13, Gabbiadini 85.

The home crowd for that tie was similar to the one on Saturday. The moaners who inhabit the seats behind me were not there and the whole experience was an improvement. The support roared the team home in the second half which is what support is supposed to do rather than moan and criticise. Few left before the end and many stayed to revel in a win. Biggest is not always best – as the actress said to the bishop.

5 thoughts on “Sixer’s Play Off Soapbox: 1-0 at half time as Portsmouth up to their old tricks”

Next Post
Sixer’s play off Sevens: Sunderland 1 Portsmouth 0, featuring The Return of the King