Somewhere in the archives, under the “Who are You” byline, is a comment by a Man United fan. It’s to the effect that American investment does not end well. I can think of three times when he may have been proved right: one being his own club, where they have moved from being debt-free to owing £300 million since 2005, and the second being Liverpool, where  legal action forced the sale of the club. The third case is, of course Sunderland, where Ellis Short managed a decline that exceeded all expectations, but did enough to ensure the survival of the club when he finally left.

Yet Man United are still one of, if not the, richest and most successful club(s) in the world and Liverpool are champions of Europe, and both are still owned by Americans. So should Sunderland get back into bed with another American billionaire? Here’s what Pete Sixsmith thinks:

One of the great advantages of getting up at 5.15 a.m. six days a week to do the papers is that I get a look at all the front and back pages. This morning, as I was loading my bag up, I saw a short paragraph on the front page of The Times that said, “Sunderland sale talks.” It got me excited and believe me, it takes a lot to do that at 5.45 on a Friday morning.

Turning to the back page and totally ignoring the splendid news from Headingley (cricket side of stand), there was a further piece by two journalists about the prospective incoming investment. The name Dell was prominent. The former Radio 2 presenter Alan Dell, a favourite of my father, was discounted due to the fact, that he was dead. I also discounted Archie Bell’s backing group, The Drells, as they had a letter more in their name so it couldn’t be them.

That left me with two possibilities; Donald Dell, the former USA tennis professional and sports agent or Michael Dell, the founder and principal owner of Dell Technologies. They were a big company. I had heard of them. The tennis guy lost out; computers won. By this time, I was being ushered out of the shop to get my round done. On the way out, I noticed an extra copy of The Times so I did something I have never, ever done before and bought a copy of a Murdoch newspaper so that I could bring it home and peruse the story at my leisure. The receipt for £1.60 will be with M Salut within the hour.

I glanced at the other papers and there was nothing. The Northern Echo carried news of Jack Ross’s press conference yesterday in which he said that the Bury situation could have been us. I thought that Bolton was a better parallel. Like us The Trotters have a Premier League history, a new stadium and a shared experience with Sam Allardyce. Unlike us, no knight in shining armour rode in from the wilds of Oxfordshire to apply a tourniquet to the ever widening wound that was our financial plight 15 months ago. The red tops were more involved with Joffra Archer (and why not – he looks the real deal) and the usual Liverpool/Arsenal/City/United gossip with a bit of Bury thrown in. Nothing in The Guardian and my customers are far too sane to read the madness that appears in the Express and Mail.

When I got home after a pleasant trek over the fields opposite Sixsmith Towers, I read the story. It was clearly a goer. The story had been carefully placed in a paper that was widely regarded as “a paper of record” and the reporting was sober and sensible.

There were four names mentioned: Michael Dell, Glen Fuhrman, John Phelan and Robert Platek. For you, loyal readers, I hastened to my laptop (an HP, not a Dell but that will be rectified before we win the Premier League) and did some extensive research on the Four Just Men who are (hopefully) buying into our club. Here goes…..

Michael Dell is, like Ellis Short, a Texan from Houston. He is 54, immensely rich, with Forbes Magazine (not one that I deliver on my round – more British Homing World, Take A Break and TV Quick) rating him as the 20th wealthiest man in the world. He’s the founder and CEO of Dell Industries which he started up in 1984. By 2001 they were the world’s biggest computer manufacturer and they continue to sell by the million. They have a manufacturing plant in Limerick, so there could be more opportunities for a preseason hoolie in Ireland.

As the company grew, so did his wealth and he founded the MSD Foundation with his wife Susan to channel some of his money into philanthropy and art. He likes paintings and apartments (he paid $100.5m for a penthouse in New York) and now he likes Sunderland AFC – we hope.

His three partners in MSD are Glenn Fuhrman who also likes art and making money, John Phelan, who went to the London School of Economics and who used to work at Goldman Sachs, who are a rather large and rather successful investment bank and Robert Platek, who is the obligatory bearded techie and who is a Canadian from Toronto. 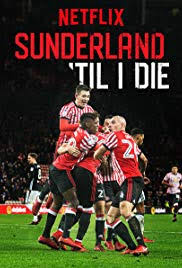 I surmise that they have watched “Sunderland Till I Die” which was a huge success in North America. Sarah and Steve Leahy, Canadian friends of mine, watched it avidly. Sarah, who worked with me at Ferryhill years ago, had been to Roker Park pre-Peter Reid and had an understanding of the passions that the club aroused. They asked me if I had watched the programme, to which I gave my stock reply “I don’t need to watch the bloody thing, I lived through it.”

If this investment comes off, and I assume it will, this gives us an opportunity to move forward. Money will be available to perhaps bring in better players. Lessons will have been learned (we hope) from the excesses of the Short regime. No more 5-year contracts, no more dodgy Argentine knees purchased, no more shopping sprees in Paraguay and Ghana. Sensible progress needs to be the made, with promotion to the Championship and then some careful spending and building over two or three years and then, perhaps, we can do what Wolves are doing now.

For Stewart Donald and Charlie Methven, there must be relief that they have been able to attract investors with such a pedigree. They have done a fine job in stabilising the club and preventing administration and goodness knows what else. I hope they remain involved and that their financial gamble – and it was one – is suitably rewarded. I also hope that we don’t get carried away and that we, as supporters, remain patient. Promotion is a must now and Jack Ross and the players know that they must deliver. If it’s scrappy, who cares; if we can do it in style, so much the better.

Dell’s slogan is “Dell Purely You.”

It could be “Dell Purely SAFC.”  We live in hope.

Sunderland till die graphic ©Netflix. If there is any copyright claim, not answered by “fair comment” on the images used in this report please let us know and qwe will remove and or acknowledge as requested.

Next Post
Sunderland vs AFC Wimbledon. An invitation to Dons fans whether or not they remember the Crazy Gang