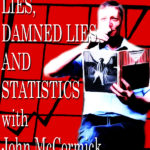 That’s all well and good but it’s based on emotion as much as anything else. and I thought it was timely to bring a bit of reality to the start of the season. So let’s go back and remind ourselves of how we began last season, when our club was getting to grips with new owners, the shock of a double relegation and a host of players who barely knew one other. Surely we’re doing better.

Last season, we won our first game with a last gasp winner. A tough match, a good result was the general feeling, given that Charlton were fancied to be there or thereabouts at the end of the season. Then came a draw at Luton, which was in the “not to be sniffed at” category, especially when we see where they were by game 46. Three wins followed, then a draw at home against Oxford. A match we should have won? Perhaps, but it was one of a few disappointments at home.

So for the start of 2018 we had 14 points from six games. We also had a clean sheet from our game v Scunny and we had scored in every game, something which helped our goal difference to look oh, so promising. In fact, everything looked oh so promising.

By the end of the season that promise had faded. We slipped into the playoffs  and then out of Wembley with our dreams ended.

As May ended we looked to rebuild and to begin again in League One. By August we had brought in and shipped out players to reflect our status and we faced the season confidently. After all, our owners and manager had had a year to build the squad and the spirit that a successful squad needs. Then the opening game brought  a draw, the following game another, and things didn’t look so rosy. Three wins in a row along with a win at Accrington in the something or other cup did something to lift our spirits; we were  on our way with our confidence restored and even more players lining up for moves, both in and out.  Optimism grew, only for it to be knocked on the head at Peterborough. Questions were asked, one being “Where do we go from here?”

Before we answer the question, let’s look at where here is

And to do that let’s compare our points and goal difference at game 6 with last year:

It’s not that different, given that the first game of 2018-19 was so close to a draw and the first of 2019 was so close to a win – or was it? The game changer is that loss to Peterborough. But if we isolate some of the stats, or performance indicators for those of you aspiring to human resource management, it doesn’t look as good.

To begin, here are how this season and last compare when it comes to the all important points on the board 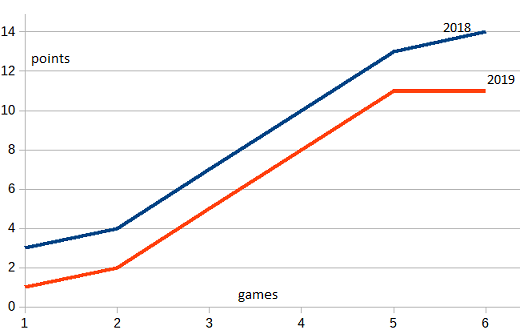 We have not recovered from the opening two draws. We were on the way to doing it, and would have done so had we beaten Peterborough but we didn’t. Instead, we crashed in flames.

Points translate into position, so here’s how we’ve done at the start of this and last season:

For me that’s not (yet) a very interesting graph. I’d like us to be top but it’s still early enough to recover. Every team has so few points, on account of having played so few games, that a single win, or in our case loss, can move them up or down a significant number of places. Hence our shift from 9th to 4th and then 6th in just three games. Nevertheless, it does demonstrate quite clearly the effect of that slow start; we’ve lagged behind last season’s game-by-game placings since the season began. Do we need to up our game? Three wins and one loss might suggest not, as long as we keep that ratio up instead of drawing. There’s more on this below.

Jack Ross often talks about points per game and the 2+ppg threshold. Again, it’s very early days, but you can see how that loss to Peterborough stopped, indeed reversed, a very healthy trend.

That graph emphasises the previous point that it’s very important that we don’t lose too many games. However, there’s an argument to be made, and you might like to visit some of Malcolm’s posts or introductions at this point, that we can afford to lose the odd game if we win the others instead of drawing them. If that’s the case we need to step up to the mark now because we already have 2 draws, which matches last season’s tally at this point.

Winning instead of drawing means we need to score more goals and concede fewer. And that statement of the obvious means the next graph does not inspire confidence: 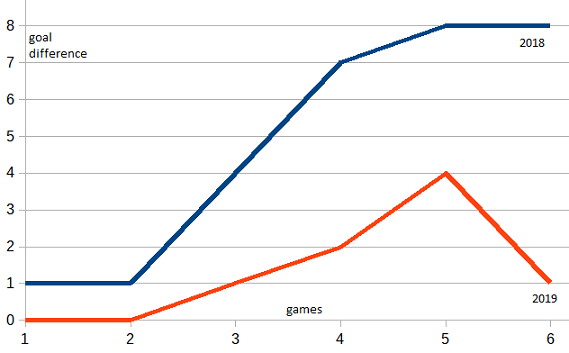 Our goal difference is a concern, even at this early stage. It’s a combination of our inability to keep clean sheets and the poor performance of our forwards, especially in comparison to some of those elsewhere in the division. We have signed some defenders and there are signs our forwards are about to deliver, so maybe things will change.

Maybe. Last season we picked up only one point from games 7 & 8. If we can win one and draw one of the next two [Accrington (a) and Rotherham (h)] we’ll be on the same number of points as last season.  Can we do it? It should not be beyond us if we have Championship ambitions. That final goal, however, could be 38 games or 89 points from now and that’s too far away to worry about.

Those first four points, in my opinion, are where we should be going from here. Get back on track and the rest can take care of itself

Next Post
Sunderland’s likely new owners. A Premier League return is the aim