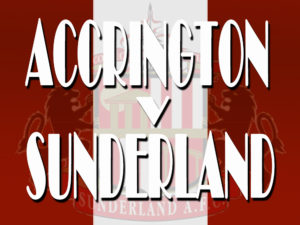 Just for fun – ie no prize – use the Comments section below to say how you think the match at Accrington Stanley will go. We’e beaten them already at their place in the league cup so it’s obviously winnable. But few Sunderland fans are too naive to think that an upset is impossible. Would a cracking win silence Jack Ross’s critics? Don’t count on it. Will the deal with new owners have been done in time for the game? No idea.

Since there’s no mug or anything else up for grabs, there are no rules beyond the usual ones on decency and the law of the land.

Have a go and Ha’way the Lads.

14 thoughts on “Accrington Stanley vs Sunderland: just as we were enjoying a break from football …”