“You’ve got to accentuate the positives” groans Bing Crosby in a song that is constantly in my mind as I watch Sunderland this season. So, here goes. 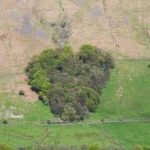 The weather was glorious. The journey across the A66 was wonderful, with the folds in the hills illuminated and emphasised by a bright autumn sun. The Lune Gorge at Tebay was as impressive as ever and the sun shone on the heart shaped wood that has inspired many romantic tales as travellers have glimpsed it from their vehicles (spoiler alert; it’s that shape because it is wedged between two walls and has nothing to do with love denied , unrequited or terminated; sorry). 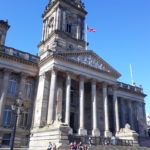 Chorley was a tad chilly but I took the train into Bolton and spent a couple of hours in a town that was once wealthy – hence the magnificent Town Hall with its classical portico and impressive tower and the splendid civic buildings that surround it. 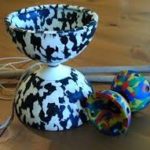 I whiled away an hour in the museum, where children were making cakes, learning how to play with diabolos and being taught other circus skills. Alas, the lion tamer and his lion had gone for a coffee, so I missed out on that. A repeat of those events in Blackpool where Wallace ate Young Albert would have topped the day off. 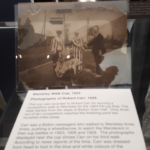 I did see a photograph of a man who pushed a wheelbarrow all the way from Bolton to Wembley in 1923, 1926 and 1929 in order to watch The Trotters win three FA Cup Finals.

I could envisage the steam trains leaving Bolton Trinity station for those occasions, full of men wearing gaberdines and flat caps with their pockets full of cow heels and tripe and singing George Formby Snr songs, (Enough of this Lancashire stereotyping – Ed).

I took the train back to Horwich Parkway along with a large number of Sunderland supporters and walked up to the stadium. It looks a bit tired and run down (a bit like you – Ed) but Wanderers have had a difficult few years and sprucing the ground up is not high on the agenda. 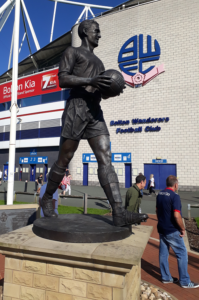 The statue of a genuine working-class hero in Nat Lofthouse is impressive; the sculptor has captured him well. The sinews and muscles in his legs stand out as does his huge neck. The Lion of Vienna must be saddened at the demise of the club that he proudly represented for 14 years, scoring 255 goals, all in the top flight.

After the game, the coach got away quickly and I was in the house by 8.00 p.m. after a brief sojourn in Morrisons and cheered up by news of an absolute stinker at The Sports Direct in front of a rapidly dwindling crowd. Scant consolation as we shall see.

There were few positives for us to take from the ninety minutes that we had to endure at what is now The University of Bolton Stadium. We kept going. Aiden McGeady drove us forward in the last twenty minutes and corrected his penalty taking techniques after Tuesday night. The sun shone throughout. And that was about it.

This was the poorest performance I have seen from a Sunderland side since the current administration took over. The owners (new and relatively new) must be concerned that a club which can sell 23,000 season tickets does not have a team which is capable of beating opponents who have gone through a traumatic six months and who have cobbled together a starting line up made up of free transfers, loan players and boys just out of school.

The lack of creativity in the squad is really worrying with the main problem coming in the centre of midfield. On Tuesday, McGeouch and Dobson failed to take control against Rotherham United; in this game, the Scot was back on the bench (and probably back to the SPL in January) and Grant Leadbitter came in to partner Dobson.

There was not one iota of difference. The passing continued to be pedestrian and inaccurate and the tackling largely ineffective. Compared with Liam Bridcutt, who had an excellent game for Bolton, reminiscent of his debut in a 3-0 win at The Sports Direct, both players looked well below the mark required.

Neither Gooch nor Maguire (withdrawn again) were able to break down a dogged defence and the Scot was involved in a series of squabbles while the American had plenty of possession but failed to make it count. At the back, Tom Flanagan replaced Alim Ozturk and Luke O’Nien was restored to right back, indicating that Jack Ross is still unsure of his best partnerships through the middle. Flanagan did ok, no better or worse than Ozturk but the main worry was at left back where Denver Hume was given a metaphorical spanking by Bolton’s Belgian Thibaud Verlinden.

He is on loan from Stoke City and on this performance would be an asset to any team in this division. Hume was never anywhere near him and confirmed what some of us have thought for a while; he can go forward well, but cannot defend. Laurens De Bock is set to make his debut on Wednesday and could well be making his league bow on Saturday. 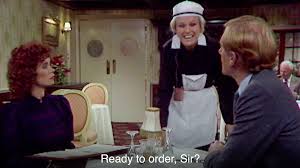 Once again, the manager showed extreme caution by starting with one orthodox forward. McNulty was absent, presumably injured, so Will Grigg was given the role and I thought he did well enough, considering that the service he gets is on a par with that which Celia Imrie and Duncan Preston got from a doddering Julie Walters in Victoria Wood’s classic “Waitress” sketch.

Unlike Ms Walters, he made some good runs but the ball never got to him which indicates that we have no idea of how to play to his strengths. It’s almost October and he has no league goals; He is another one who may be off in January – and not for £4m.

Fortunately, Aiden McGeady came to our rescue. He drove us on in the final quarter as Bolton tired, forcing two fine saves from keeper Remi Matthews and he had the composure to score from the spot after Yoan Zouma’s unfortunate handball. He continues to be the one creative spark that we have and without him we would be struggling even more than we are at the moment.

There was much criticism of the manager during and after the game, some of it informed, much of it fuelled by too much drink. He must be worried for his job what with new owners coming in and the rising supporter discontent. Some take it to extremes – I don’t think he will be “Sacked in the morning” – but will new owners trust him to bring in new players in January?

He has not improved the team over the summer; Willis is ok, McLaughlin(C) has struggled, Dobson is no different from Power and Leadbitter. McNulty has done well but seems to pick up injuries. We are no better than we were in the final third of last season when it all went wrong. We cannot afford a third season at this level and at the moment that looks likelier than a return to the relative sanity of the Championship.

The support is divided which is not a good thing. There is an increasing hostility towards Ross and the cautious style that he adopts. This discontent has been simmering for a while and boiled over at Horwich with scuffles and arguments breaking out in the section where I was stood.

The game at Bramall Lane on Wednesday is a distraction and may give the management team an opportunity to clear their heads. Changes will be made and some will be given opportunities while others will be rested.

But there will be no hiding place on Saturday for the visit of Franchise FC; nothing less than a win will do and it needs to be a convincing one.

4 thoughts on “Sixer’s Soapbox. Bolton Wanderers 1, Sunderland 1. Why am I not surprised?”

Next Post
Sixer’s Sevens: Bolton Wanderers and grand larceny of the highest order