As Salut! Sunderland winds down, Pete Sixsmith comes up with an idea to keep us occupied in our remaining weeks. He will describe each of the 13 managers seen at Sunderland since this site was created at the beginning of 2007.

That means he starts by remembering the short, explosive reign of Roy Keane. It may be recalled that when Keano took over at a salary of £1m-a-year shortly after a calamitous start to the 2006-2007 season, he responded to a warts-and-all, player-by-player appraisal of the squad he was inheriting by saying: ‘Good grief (or similar)? I should have asked for £2m.’ …

Yet for a time, he made it work, a sensational bottom-to-top romp to promotion as champions followed by a hard-fought survival year back in the Premier League. Then it went wrong as Sixer explains …

As most readers may know, we cannot publish comments. Wrinkly Pete tried to post this:

The Magic Carpet Ride!!! Remember that? It was the best of times compared with the worst of times we are experiencing now. After a disastrous relegation and a miserable start under St Niall Quinn, we appointed Roy Keane. We had Irish owners who came in with a refreshing outlook on football: “Hey, it’s a f***ing laugh.” We had a local man in the boardroom in John Hays And we had a renaissance. 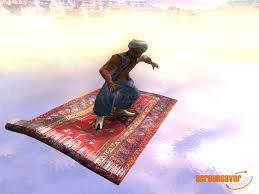 And that was when it all went wrong. The financial collapse in the West, something entirely due to the banks handing out mortgages as readily as Willy Wonka handed out chocolate, hit the members of the Drumaville consortium hard. The public face of it, Charlie Chawke, had more money than M Salut and myself (not difficult) but the real money was from property developers and financiers who took a real hit when it all went t*** up. 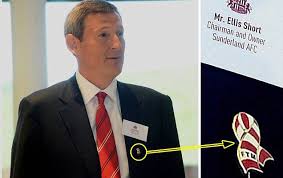 Next Post
Wycombe, Oxford, Coventry and Fleetwood intrude. But what about Peterborough, Rotherham, Doncaster and Portsmouth?