Malcolm Dawson writes………tied up as I am in a hotel in Lytham St Anne’s (and before you get any ideas – not literally tied up – it’s not that sort of hotel!) with no commentary to listen to I was reduced to using a combination of the club website and the BBC’s for text updates from Glanford Park, which is not only frustrating but frankly boring. It’s not easy to get a feel for the game this way but the main points that came through were that we had more possession but that Scunthorpe had the only shots on target and that Jon McLaughlin had made a couple of brilliant saves. Eventually up flashed the image announcing a goal had been scored and I was relieved to see that it was Josh Maja’s name beside it. Just like when I’m at the game however, one goal is never enough to quell the anxiety and the little pessimistic trait that surfaces when we go 1-0 up niggled away but the minutes ticked and I began to think that maybe we would just hold on. But it wasn’t to be and as the countdown clock ticked down I was disappointed, but not surprised to see an equalising goal had been conceded. A crackerjack by all accounts but still means another two points dropped late on.

The usual statistic trotted out is that a win at home and a draw away (or an average of two points per game) will get you promoted. We have 53 from 27 so are just about on track so as fans we should be feeling good about things. I would have settled for that pre-season and in truth, whilst we have dropped no end of points in some games we have also gained points in others. Recently however, we seem to have just dropped them. A worrying trait? I wasn’t there yesterday so can’t comment. Pete Sixsmith was and will. Read on dear reader, read on. 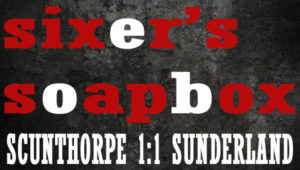 I am beginning to worry.

From the start of the season I have been saying with some confidence, that we will win this league by 10 points and that the teams around us will begin to fall away, that the return of Wyke and Watmore will give us a boost and that a couple of judicious signings will see us home and dry.

I recently revised the gap at the top to six points and saw enough in Luton Town’s performance last week to realise that they are unlikely to fall away, although this was tempered by the fact that Barnsley had sold their best midfielder, Bradley Potts, and that Portsmouth had lost at home to Blackpool.

Having said that, it’s not all been smooth sailing for the boys of Sunderland AFC. There is a resignation that we will lose Josh Maja, possibly before the end of this month and almost certainly before next season starts. The return of Wyke and Watmore has not really worked and the problem of an under creative midfield has barely been addressed.

Consequently I arrived at Glanford Park and its assortment of retail and leisure outlets, with the hope that today was to be the day that we got back on track, saw off an improving home team and put down a marker for the rest of the season.

The journey down had been pleasant enough.

We stopped at Goole, a town like so many in this benighted country of ours, that is struggling. There were three large supermarkets in the town centre which meant that butchers, bakers and candlestick makers had all gone to the wall and even a large shop that had catered for Eastern European food tastes had pulled down the shutters for the last time.

I am not drinking at the moment and neither is Pete Horan, so we walked the town. We searched in vain for the Goole Headquarters of The Humber and District Catholic River Wideners Club, the legendary quiz team who beat The Bournemouth and District Amateur Gynaecologists in the Final of that seminal quiz “Silly Noises,” by identifying the one made by Lord Aberdeen in 1829. (click on the link and it’s 30 seconds into the clip).

We did locate the Victoria Pleasure Grounds, home of Goole Town, the town’s terminally unsuccessful football club, which slipped out of the Northern Premier League last season and are now languishing at the bottom of the Northern Counties East Premier Division, contemplating a drop into the First Division where they would play such giants of the game as Armthorpe Welfare, Ollerton Town and Swallownest Miners Welfare.

Successive relegations? Tell me about it.

Glanford Park welcomed its biggest crowd of the season, with 7,623 filing through the turnstiles on a chilly and murky January day, the kind of day that one associates with the flatlands of North Lincolnshire, a mysterious area where the Dutch drained the land 400 years ago. 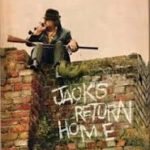 Scunthorpe is a town associated with steel, steel and more steel and is also the town where the writer Ted Lewis set his noir novel Jack Returns Home later filmed as Get Carter and relocated to Tyneside.

The memory of Michael Caine tipping jovial grocer Alf Roberts over the Gateshead multi story is one that will long last.

Jimmy Dunne made his debut, usurping Jack Baldwin in the centre of the defence, Lee Cattermole returned in place of Dylan McGeouch and Charlie Wyke dropped to the bench to accommodate the recovered Josh Maja. The home team had former Sunderland trainee Jak Alnwick in goal and former Mag James Perch in midfield, They also had two large central defenders in Cameron Burgess and Rory McArdle, both of whom were to play a large part in the subsequent result.

The first half passed in a blaze of mediocrity, with The Iron having the better chances. Jon McLaughlin made two good saves from Novak and Thorne while Perch put a good chance over the bar. Despite having more possession than the home team, we hardly threatened Alnwick’s goal and the long punts up to Maja were gobbled up by whichever leviathan was marking him. We should have realised now that Maja’s strengths are on the ground and that his quick feet and ability to move the ball on far outweigh his aerial strengths.

Half time came and went and the news that Portsmouth were two down at Oxford cheered up a quiet away support who could well have been beginning to think that the money spent on this day out would have been better used to go towards paying off the December credit card bill.

We opened the second half in brighter mode and began to push on the Scunthorpe defence. They worked hard and closed us down and the narrow pitch meant that neither McGeady (a quiet game from him) nor Gooch were ever able to influence the game. Maguire was hauled off after eight minutes of the half and Wyke came on and we hoped that his fabled strength and physical presence would unsettle McArdle and/or Burgess.

Within five minutes we were ahead. Maja pushed a ball out wide and the excellent Reece James put in a good cross at the near post. Maja proved that the way to beat big, strong central defenders is to out think them and this he did by getting behind his marker and firmly heading home at the near post. A well taken goal from a player who is on the cusp of a very bright future, alas I fear away from Wearside.

One up, Portsmouth losing, Charlton drawing and the gap narrowing, we looked to get the all important second goal, the one that would tie up this game and give us a springboard for the rest of the season. Remember, this was when Roy Keane’s team began to move up the table. Oh for a Carlos Edwards now…..

That we didn’t get it was partly due to the home team’s resilience and determination and partly due to our inability to genuinely create anything worthwhile. As the game progressed and Wyke got very little out of his battles with his two markers, we resorted to clearing our lines and failing to build in the centre of the park. The lack of someone to hold the ball and then use it wisely was glaring. Cattermole and Power offer physical strength but not much creativity. Sometimes in the muck and nettles of Division One, you need to rise above the opposition. We didn’t.

Watmore came on for a tiring Maja and caused minor problems for an increasingly confident Scunthorpe and they played their trump card with 15 minutes to go when they sent on Adam Hammill. He is a well-travelled journeyman of a winger who has been at Southampton, Huddersfield Town, Barnsley and Middlesbrough amongst others and joined The Iron from St Mirren at the start of the month. He had been signed by Jack Ross’s short-lasting successor Alan Stubbs and has hardly played for the Buddies, so a move to the Lincolnshire flat lands was a good one for him.

But there was no need for him to make such a stunning debut. He took advantage of an outbreak of panic amongst our defenders who seemed to think that the best way to relieve the late Iron pressure was to hoof the ball as high in the sky as you possibly could and hope that the laws of gravity did not apply, thereby enabling it to stay there until Craig Hicks (a much-improved performance on his dismal Walsall appearance) blew the final whistle. The ball made its way to Hammill, out on the wing and he cut in and fired an unstoppable shot past McLaughlin and into the far top corner of the net.

Wild celebrations from the home support, grim resignation from ours, many of whom had seen this coming and who were beginning to realise that we are inherently incapable of closing a game down. The same happened at Charlton and at Coventry. An extra six points would have put us ahead of the pack, with opponents knowing that we have a mean streak in us. In reality, we are a bit of a soft touch. The mood was not lifted when news filtered through that Charlton had scored a last-minute winner at home to Accrington and that Luton and Barnsley had had emphatic wins. It led to grumblings and one frustrated fan saying that he blamed the owners. (Expect another on here – Ed)

Obviously in his loudly voiced opinion, Messrs Donald and Methven are to blame for this. They should go now and let those who know better run the club and who would get rid of Maja (“weak as p***”), Wyke (“like a carthorse”), McGeouch (“can’t tackle”), Cattermole (“can’t pass”), and various others who fail to comply with the very high standards that our playing staff have set over the last three or four years. Bring back Ndong from his exile in Gabon. Re-sign Darron Gibson and Jack Rodwell. Sack Ross and re-appoint David Moyes and his wretchedly inept coaching staff. Patience is not a virtue that football fans and Sunderland fans in particular, have much of.

We now have a two week break and this will hopefully allow us to address the problems that we have up front and, perhaps in midfield. Another forward is essential and the news that Will Grigg “rolled his ankle” in Wigan’s defeat at Sheffield Wednesday is a blow.

Am I right to be apprehensive? Should I transfer my worry about Brexit and the appalling state that our nation is in to Sunderland AFC? Or should I calm down and really believe that “every little thing is going to be all right?”

I await your observations.