Pete Sixsmith’s peerless analysis of only Sunderland’s second season in the third tier is deliberately timed to coincide with the moment Liverpool and Tottenham Hotspur kick off in the Champions’ League final in Madrid (OK a bit early to make sure). Just felt right …

Colin Randall, aka Monsieur Salut, writes: week after week, men and (less often) women report for newspapers, radio and television on football. Some are extremely gifted, other are less so but perform their duties to the best of their abilities. Bosses, as ever, will get away with not paying people if they can but by and large these writers and broadcasters receive salaries or fees for their efforts.

On sites like ours, usually with very limited income and sometimes with none, the work is willingly done for free. We are fortunate to be blessed with excellent contributors; just take a look at the articles from Malcolm Dawson, John McCormick, Bob Chapman, Ken Gambles, Wrinkly Pete, Lars Knutsen, Bill Taylor, John Marshall and others too numerous to mention. Jake, alias John Clark, chips in with neat illustrations.

Pete Sixsmith towers above all but the very finest of the professionals with his outstanding combination of footballing and general knowledge, natural eloquence and wit. As a journalist, I have been edited as frequently as I have edited others, among them some important others. Pete’s prose never needs more than the lightest of touches.

His material reward is next to nothing, save for the rather rare share of modest advertising revenue and the odd – and also rare – freebie.

Salut! Sunderland‘s audience can number a few thousand on exceptional days but more typically hovers somewhere in the high three figures. Sixer richly deserves to be read by many more. Here is his review of the 2018-19 season, another piece of splendid writing to close the series …

In contrast to some other websites and social media platforms, contributors to Salut! Sunderland, whether in the main body of …

Do we need to keep a sense of perspective? A year ago we were down and out. Now we’re just down, after failing at the final hurdle. But that was with a hastily assembled squad and a relatively inexperienced manager.  We know there will be changes over the summer and we know when the fixtures come out we won’t be looking at other clubs and thinking “I’ll support them this season”. We are Sunderland, and we are Sunderland ’til we die.

That doesn’t mean we shouldn’t have an opinion on what did go wrong, because things did go wrong. In particular, in my own opinion, the transfer windows were not managed well. There had to be some latitude at the start of the season, given the changes we’d experienced, but what about January? By then problems were obvious but there were too many mistakes in addressing them and it cost us.

I’m going to try to show this below by the judicious use of stats, and have chosen some that back me up. It’s possible you won’t agree and you’re welcome to leave a comment, with or without stats of your own. In fact, I’d love to know what you think of my efforts and my conclusion.

Malcolm Dawson writes…..In the wake of Josh Maja’s departure, there are those of us who accept that he had the … 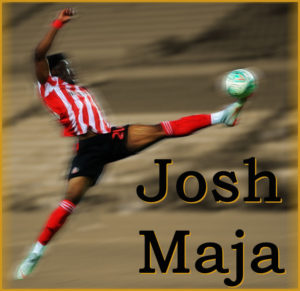 Monsieur Salut writes: the club’s statement on the completion of Josh Maja’s move to Bordeaux was short and uninformative. We awaited some thanks, either way. They came belatedly from Maja and we should give him the benefit of the doubt and accept them at face value as being his own sentiments, not some old dross churned out by his agent(s). Social media being what it is, the response has been mostly unforgiving and mostly unappealing …

Malcolm Dawson writes………tied up as I am in a hotel in Lytham St Anne’s (and before you get any ideas – not literally tied up – it’s not that sort of hotel!) with no commentary to listen to I was reduced to using a combination of the club website and the BBC’s for text updates from Glanford Park, which is not only frustrating but frankly boring. It’s not easy to get a feel for the game this way but the main points that came through were that we had more possession but that Scunthorpe had the only shots on target and that Jon McLaughlin had made a couple of brilliant saves. Eventually up flashed the image announcing a goal had been scored and I was relieved to see that it was Josh Maja’s name beside it. Just like when I’m at the game however, one goal is never enough to quell the anxiety and the little pessimistic trait that surfaces when we go 1-0 up niggled away but the minutes ticked and I began to think that maybe we would just hold on. But it wasn’t to be and as the countdown clock ticked down I was disappointed, but not surprised to see an equalising goal had been conceded. A crackerjack by all accounts but still means another two points dropped late on.

The usual statistic trotted out is that a win at home and a draw away (or an average of two points per game) will get you promoted. We have 53 from 27 so are just about on track so as fans we should be feeling good about things. I would have settled for that pre-season and in truth, whilst we have dropped no end of points in some games we have also gained points in others. Recently however, we seem to have just dropped them. A worrying trait? I wasn’t there yesterday so can’t comment. Pete Sixsmith was and will. Read on dear reader, read on.

Monsieur Salut says: Paul Summerside and I joust regularly at Facebook about Brexit, a subject I broadly feel wisest to avoid at Salut! Sunderland. But he confesses, as a man who more than anything shares the thought that politicians should sort out the wretched mess they created, that this week’s turmoil also prompted some reflection on how things are going at the Stadium of Light …

Josh Maja seems more or less blameless in the series of events that led to today’s astonishing development.

If Sunderland AFC is telling the truth, Maja told Jack Ross yesterday he wanted to stay and would today sign a generous new contract (did someone say at seven times his current salary, precisely as demanded by his agent?). Instead his agent told not SAFC, but Sky, he would not be signing.

Malcolm Dawson writes…..you expect the roads to be quiet on a Bank Holiday and they were. I drive to Lytham …