Malcolm Dawson writes…..In the wake of Josh Maja’s departure, there are those of us who accept that he had the right to go, even if it has left us a bit thin in the goal scoring department, but if anything it represents a good deal for the club who might have seen him leave for next to nothing in the summer. Football is unlike most other spheres of work as the players are seen as assets with a monetary value. The Bosman ruling which allows players to move for nothing at the end of their contract or to negotiate a pre-contract agreement with another club and engineer a free transfer when there is less than six months of their current contract to go, means that clubs are now more keen to offer any player who may command a sizeable transfer fee a new deal, well before their current one runs out. If they aren’t prepared to sign then it makes financial sense to get what you can before that happens. How much was the club motivated by that I couldn’t say, but it must have played a huge part in what has transpired, after Maja’s performances this season brought his name into the limelight and to the attention of clubs with financial clout, looking to pick up a bargain.

What has perhaps been the most disappointing aspect was the player reportedly telling the manager he was planning to stay and then subsequently going back on his word. Personally, I try to think back to how I was at his age and can empathise with his behaviour. Ken Gambles has his own views on the whole affair and takes a different view. 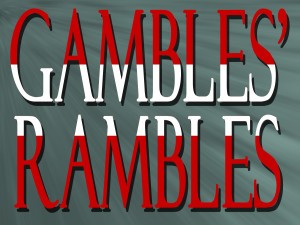 Maja’s Leaving and the Agent Provocateur

I suppose there was a certain inevitability about Josh Maja’s departure and whilst I condemn the apparent abuse he’s been subject to on social media, I don’t subscribe to the view that it’s normal and all perfectly natural for anyone to better themselves by taking a higher -paid job. I understand the premise of this but surely we must admit that the ‘job’ of a professional sportsperson is radically different from the jobs the vast majority of us undertake in our lives.

Thousands of people don’t come to watch us at work, nor sing songs about us nor go wild when we’ve worked well that day. Nor of course do we get paid £10,000 pounds per week, nor anything remotely approaching that sum. Football is based on emotion and goes far beyond the merely transactional world of work most of us inhabit. Why should I make a round trip of 150 miles for every home game? Stand for 2 hours in a biblical downpour at Accrington or spend 13 hours journeying to Walsall and back? And I know many fans suffer even greater inconveniences.

Of course this doesn’t imply that Sunderland footballers have the same emotional attachment, but it does mean, to coin an idea of George Orwell’s, that we should expect ‘decency’.

We are not privy to the full details of negotiations between the club and Josh Maja but it does seem that he and his agent’s demands were met in full, that Jack Ross had been given Josh’s word that he was staying and that his eventual departure was so abrupt to be downright insulting. It is hard to believe that the agent is not much to blame for these events as of course no move means no extra pay-off for him but surely Josh Maja ought to have been man enough to make his own decisions and not hide behind those of someone else.

People have commented that the game is populated by mercenaries and that duplicity is the world we live in. There is some truth in this yet the game also shows endless examples of decency that whilst furthering their own careers players have genuine respect and consideration for the supporters who have invested so much emotion in them. We can think of Charlie Hurley, Monty, Quinny, Kevin Ball, Jordan Henderson with the fans at the League Cup final against Manchester City, Danny Rose coming to watch us play even when he was back at Spurs etc, etc.

Supporters are not naïve enough to think that players have the same attachment to a club as they do, but I do think they have a right to be treated ‘decently’ Fresh in the memory is the behaviour of N’Dong, Dilibodji, Rodwell, Grabban and the rest of the shower that left us in the third tier. When they check their bank balances and polish their Ferraris in their posh houses whist curating their tattoos perhaps they won’t care less about what Sunderland supporters think of them, yet how much more human and warming it must be to feel that you are held in such warm affection by those you once played for, having responded to their support by treating them with respect and acting ‘decently.’

Indeed ‘what profiteth a man if he should gain the whole world and lose his own soul?’ I don’t wish Josh Maja ill for the rest of his career but nor do I wish him well as I think his behaviour has been unsavoury and disappointing.

10 thoughts on “Gambles Rambles: duplicity and a lack of decency in Maja’s departure”