Malcolm Dawson writes….Summer Madness is the retrospective spot where we republish articles from days gone by. Well it helps to fill in time whilst we wait for the start of the new season. Pete Sixsmith and I are off to Tow Law this afternoon where the Development squad take on the Lawyers in a pre-season friendly. Chris Waddle of course has played for both clubs but I doubt he’ll be there shouting “pelanty” every time a player goes down in or near the box! A match report will follow.

Meanwhile we go back half a decade to 2010 when M Salut asked the question “What gives you the right to support a team.” I have included the comments which were made at the time. Please feel free to add to those.

Like the look of Chelsea? Gasp in admiration at Man United’s trophy cupboard? Fine, then let’s become a supporter. We can always find out where the place is later. , conscious of his own origins as far due south of Wearside as is possible without falling into the sea, takes a whimsical look at the hoops we should expect to go through before being regarded as genuine supporters of our chosen clubs …

What are the tests a supporter should pass to qualify as a real fan of the team he or she follows, as opposed to a bandwagon jumper?

I have my own set of rules.

If you came here for hard-hitting analysis, fanciful transfer speculation or earth-shattering news, you may have been led astray. There’s no football as we know it for another nine days or so and there hasn’t been a word from Salut! Sunderland’s huge army of pundits, essayists and wits. So we’re plundering the past (and, if you’re into the North East’s tragi-glorious history of coalmining and the music it inspired, take a peek at http://www.salutlive.com/2014/10/men-of-the-north-johnny-handle-and-a-classic-song-from-ed-pickford.html …

Salut! Sunderland‘s unashamed dip into the deep reservoir of past work has taken on a life of its own.

The lads at BBC Newcastle seem to have liked it, a number of readers have given thumbs-up approval (here and on social media) and, after yesterday’s reappearance of an affectionate look at Darren Williams’s Sunderland career, Darren has today “favourited” and retweeted it), electronic contact was renewed with its author, the Peterlee-born actor Joe Simpson, who famously adopted his hero Joe Bolton’s Christian name when told by Equity they couldn’t have two John Simpsons on their books.

I tweeted Joe with news that his piece had been re-posted:

@salutsunderland Hi Colin – an actors life is full of repeats and re-runs ! Good to hear from you – how’s life treating you ?

But Joe first came to Monsieur Salut’s attention when Joan Dawson, then co-ordinator of 5573, later Wear Down South, newsletter of the London and SE branch of the SAFC Supporters’ Association, asked for a series of celebrity supporter interviews. he was one of those I tracked down. Read an account of this series, its hits and misses, at https://safc.blog/2009/09/a-list-or-z-list-the-celebs-who-support-sunderland/

But here is the interview, now 13 years on from original publication but one of the best the series produced, with Joe:

It was a treat to re-read Tasmin Archer’s interview, now seven years old and therefore from the infancy of Salut! Sunderland. But Tasmin was quick to point out, when asked to update anything that needed updating, that her commitment to Sunderland AFC, far from wavering, has taken on a new dimension. 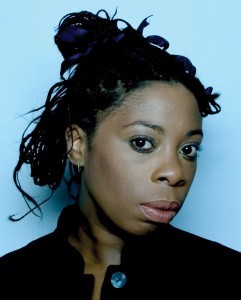 There is unlikely to be appetite for dwelling much longer on the disappointment of three successive defeats in games we led from the early stages and ought, in two cases out of three, to have gone on and won.

So let us delve instead into the Salut! Sunderland archive for another blast of nostalgia.

Sir Tim Rice was the first celebrity follower of Sunderland to be interviewed in my series for what was then 5573 – think of the date of our last FA Cup Final win – and soon afterwards became Wear Down South, newsletter of the London & SE branch of the SAFC Supporters’ Association.

Colin Randall has only himself to blame for being lumbered with a search for celeb supporters of Sunderland. He accepted the task cheerfully. He should have known better, having previously done a Famous on the Fulwell piece for A Love Supreme. But he persevered …

It was probably the most crushing condemnation of all the work we put into making Salut! Sunderland a half-decent site.

In one of those periodic threads at Ready to Go about celeb supporters of Sunderland, I yet again pointed out that the most comprehensive and reliable list, with interviews, had appeared here. And someone came back like a rocket to say he hadn’t even heard of half my candidates.