Malcolm Dawson writes…..I’ve no doubt the powers that be are working their socks off trying to rationalise the playing staff at Sunderland AFC but the goings on all seem a bit strange to my unknowing eye. Jeremaine Lens, who I thought might have proved to be an important player for us this season, is allowed to reunite with Advocaat in Turkey, presumably on the premise that Vincente Iborra and Ryan Evans had pens poised ready to sign and bolster our midfield. Now we know those deals have fallen through and once again we are forced to take part in that last minute scramble that is transfer deadline day, still searching for a striker, a back up (or challenging for a starting spot) keeper, more midfielders and perhaps another centre back in case Kone is allowed to leave, despite Moyes’s insistence he will be going nowhere. We’ll know in less than 12 hours.


Meanwhile Pete Sixsmith has been busy trying to put the day’s dealings into some kind of context as he imagines how the deadline day chat between a possible Sunderland target and his agent might go.

Imagine a player in Europe and his agent talking on Transfer Deadline Day. The conversation might go something like this:

Player: “Have you anything fixed up for me today then?”
Agent: “There’s some interest from the English Premier League.”
P: “Who? Everton, Tottenham? Southampton?”
A: “Er, not quite. Set your sights a bit lower.”
P: ”Watford? Come on tell me.”
A: “Well, they’ve been in it for 10 years and they have an experienced manager. It’s Sunderland.”
P: “Where’s that then? Is it near London? How close to Manchester?”
A: “No to both. It’s in the North East of England. It’s nearer to Edinburgh than London.”
P: “Do they wear kilts and play the bagpipes then? If they do, you can cross them off the list.”
A: “Nooo. It’s a nice place. It has a beach and is near to some glorious countryside.”

P: “Ok. Fill me in on the city. I don’t have to live there do I?”
A: “It used to be a shipbuilding town but the shipyards have gone. Nissan have a huge factory nearby which makes all kinds of motors but they have little to do with the football club. The River Wear cuts the city in half and the stadium overlooks the river as it makes its way to the sea. There are a couple of good beaches and a splendid Morrison’s on the promenade. What more could you want?”
P: “Tell me a bit about their history.”
A: “They have won the League Championship six times, but the last time was eighty years ago, long before the European Cup, never mind the Champions League. The last trophy they won was the FA Cup in 1973 and since then they have been down up and down like a bride’s nightie. Are you familiar with that saying where you come from?”
P: “Of course. George Formby is very popular where I come from. We love his toothy grin and his ukulele and his catch phrase ‘Turned out nice again.’ Tell me about their recent history.”

A: “They have been in the EPL for ten seasons and have only once finished in the top half. The last four seasons, they have avoided relegation by the skin of their teeth. They have employed eight managers in that time, some of them big names.”
P: “What happened to them”?
A: “The owner either sacked them or they left to retire or they went on to manage the national team. Now he has employed a man who was at Everton for a decade and who has since been sacked by Manchester United and Real Sociedad. They have trouble keeping managers. Arsenal it isn’t.”

P: “Any decent players?”
A: “They have some but whether they are there after the window closes is debatable. Kone from Lorient did well for them but Everton want him. They have Jermain Defoe but he is getting no younger. The rest are ok – you may have heard of Fabio Borini, ex Liverpool, Jack Rodwell, ex Manchester City, Adnan Janusaz, ex Manchester United and Jeremaine Lens, ex Dinamo Kiev – but he has just scooted off to Fenerbache. They need a couple of good signings. You could be the boy.”
P: “Give me three good reasons why I should go there.”

A: “They pay well. They have a great fan base – average crowd is about 40,000 in a 48,000 stadium and the supporters know their stuff. You could be a hero if it works out for you and you don’t bugger off to Everton. And I need the commission on this one”.

P: “And three reasons why I shouldn’t.”
A: “They chop and change managers an awful lot. The last one left to take over the England job and the club never thanked him for keeping them up and sending their bitterest rivals down. He never said thanks to the fans that had stood by him, so it all ended rather badly. Two managers before that, they appointed a crazy Italian who signed a raft of players and banned mayonnaise and ketchup from the canteen. He lasted six months.
They also seem to sign players without quite knowing why. There is no coherent playing philosophy at the club and they seem to stumble along having thrown a team together in September and then changing it again in January.
The owner is tightening the purse strings. I may get you a better deal and make more commission elsewhere.”

P: “Not entirely sure I fancy it. Are there any other EPL clubs interested?”
A: “ I have just had Tony Pulis on the phone………”
P: “Find me a nice house in Herrington………”

Sadly, none off those ushered out will be greatly missed – all tried and all, with the exception of Pants frequently and Coates sometimes, failed – and we have yet to see whether the squad available to Allardyce when the deadline arrives at 11pm GMT on Monday will be good enough to keep us up.

Who is still to come and who may yet go? What will Sunderland’s squad look like come 6pm? Time will tell.

This is self-explanatory and comes from our friends at FootballFanCast, who inform us: “The circus has already started. Defoe’s dog walker’s girlfriend’s aunty has seen Bale in Manchester!”

It doesn’t work where I am (France) because of betting regulations so I must take it on trust – or accept what Salut! Sunderland colleagues and readers may tell me – that it works in the UK and elsewhere.

It’s all over until January and, says Pete Sixsmith, thanks heavens for that. But first he takes a measured look at the idiocies, bargains and eyebrow-raising gambles of transfer deadline day …

See also: Velkommen to Sunderland, Nicklas Bendtner – whatever Abbey Clancy thinks of it

So, the Belarus programme seller decided to forego St Mirren and remain at Dinamo Minsk, the Costa Rican being pursued by Alan Pardew opted for Thameside rather than Tyneside and Peter Crouch overtook Jan Koller as the player most-linked-with but never–signed-by Sunderland.

Instead, we got the usual SSN hysteria package, which apparently included genial grey haired Scots anchor (feel free to insert w in front) Jim White arriving at Sky Sports studios to host the last segment of their exhaustive and exhausting coverage. 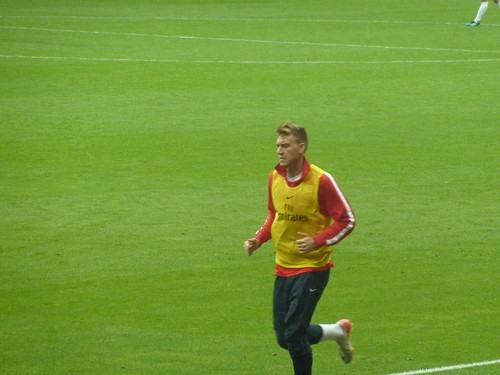 While idly surfing for a way of extending velkommen to the Danish equivalent of “welcome to the madhouse”, I came across a comment that “Swedish is a language, Danish a throat infection”. it didn’t help much, but at least it made me chuckle.

Nicklas Bendtner, brought in on loan from Arsenal for a year, is a confident young man and if he has, in the eyes of some, an excess of that confidence, we have no need to worry about his mental state (or, so far as can be told, his throat).

Read moreVelkommen to Sunderland, Nicklas Bendtner, whatever Abbey Clancy thinks of it

Not forgetting Georgios Samaras from Celtic. Transfer deadline? Dead loss. That’s the verdict from Pete Sixsmith‘s Soapbox and who can blame him? Consider the other names in our own hat: Peter Crouch (£10m bid today, says Sky), Roman Pavlyuchenko, Patrick Helmes, Craig Bellamy, Nicklas Bendtner, the other Cisse, Toy of th Rovers, Tupper of the Track (er, that’s enough – ed). Salut! Sunderland has remained aloof of the manic speculation; it’s either mostly nonsense cooked up by greedy, manipulative agents, hypocritical clubs, restless players and imaginative football hacks – or evidence of Steve Bruce putting out a search party for anyone who has ever played up front …

Time for the annual frenzy known as “the closing of the transfer window”.

Sky Sports News and its presenters should spontaneously combust somewhere around 8pm as news of St Mirren signing a Belarus programme seller tips them over the edge.

It was all hyper enough yesterday with the earth shattering news (if you work for SSN) that Owen Hargreaves is having a medical at Manchester City. Presumably, they (City) will be offering deals to Paul Scholes, Bobby Charlton and Sir Matt Busby before 11pm tonight.

Read moreSoapbox: Crouch, Cissé, Roy of the Rovers triple swoop. Or not

In which we praise the efforts of Sunderland AFC, through its official website, edited by Stu Vose, to engage with fans in a non-official way …

It is a sad fact of life that professional football clubs treat fans, or rather those fans with little platforms (eg, in Sunderland’s case, from ALS to Salut! Sunderland) with a mixture of suspicion and disdain.

SAFC are no worse than the rest, perhaps in some ways better.

In our own experience, Celtic (and Martin O’Neill, then manager) simply didn’t have the courtesy to reply to written requests for a quick interview for 5573 (now Wear Down South), the magazine of the London and SE branch of the SAFC Supporters’ Association. When SuperKev was at Birmingham City, the club pompously made it clear that under no circumstances would players be permitted to speak to a jumped-up fanzine, even to the extent of answering a short list of questions.

Transfer deadline day and the excitement mounts. Unless things go horribly wrong – medical, gazumping etc – Asamoah Gyan should be a Sunderland player by tonight. The French daily Ouest-France, having got it wrong yesterday (saying Gyan was staying) now quotes the Rennes manager Frédéric Antonetti as confirming, after today’s training session, his departure in our direction. Let’s hope the goalscoring celebration dance in this clip will be repeated many times in our colours. Are other deals, in or out of the Stadium of Light, in the offing too?…

Of course we could just wait until 6pm, by which time there has to be a decision and therefore, presumably, an announcement.

But it wouldn’t be as much fun.