Julian Young is a good friend. The cross he bears is that of being a Leeds United supporter. Not surprisingly, as his club went into steep decline, he put some distance between him and them. For some years, he has been in Paris. It works; as M Salut remembers from his own time there, it can be tough trying to catch live football outside the Premier. But he still cares, and readily agreed to offer his thoughts ahead of the Sunderland vs Leeds cup tie …

Salut! Sunderland: You know what May 5 1973 means for Sunderland supporters; what is it like for Leeds fans to be reminded of it every time someone mentions great FA Cup finals?

It was a huge shock at the time and it still rankles today! And don’t mention the name Ian Porterfield. In fairness, Jimmy Montgomery played a blinder.

Can you recall the day, and the sensation of being part of only two groups of football supporters (Leeds and Newcastle) not to be delighted at the outcome?

Despite years of therapy, yes I can! I still can’t believe we lost.

How good do you think Leeds were in this far-off glory days?

They were a great side with brilliant players like Peter Lorimer, Billy Bremner, Norman Hunter, Allan Clarke, Johnny Giles, Eddie Gray etc etc. It has been said that with such great players Leeds should have won more trophies.

And how bad has it been in recent times? Do you see a way back or has greatness gone for good?

Awful, just awful. It looks like they’re heading back to League One. Such a shame. Yet they still get gates of 28,000 plus.

Looking back, there were all those jibes about “dirty Leeds” and some suspicion about the way Don Revie went about his job. Did you feel unloved at the time and do you put it down to jealousy anyway? 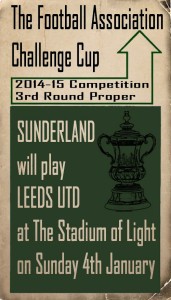 Did the word “revenge” enter your head when our teams came out of the hat together for this season’s FA Cup?

Yes, it would be sweet, sweet revenge if we did for your lads but I don’t think that’s going to happen.

You’ve lived away from Leeds for most of your life. What memories do you have of the place?

I loved living in Leeds in particular and Yorkshire in general. My dad was a Yorkshireman although I was actually born in Kent. I lived in Headingley and went to Leeds Grammar School. I was a Wolf Cub and remember walking back alone at night from the meetings – kids then had so much more freedom to roam about the city unaccompanied. I remember that all the buildings were black from the smog – they later had a huge clean-up campaign and it was odd to discover that some buildings were orginally white or red!

And how have you kept in touch with the club’s ups and downs?

I haven’t watched Leeds play for decades as I live in Paris and don’t have British TV. But I follow their progress on match days on the internet. When the result comes through I, usually with heavy heart, e-mail it to my sister who also follows the club. Recently her replies tend to be of the nature “oh dear”.

Do you have any strong views on the way the club is run – in particular the Massimo Cellino/Neil Redfearn pairing?

No, not really. I just wish we could get a decent manager and some top-class players to dig us out of this sorry mess.

And what of Sunderland: your views on the club, the fans, the city, the region, Poyet?

I’ve never been to Sunderland but, as you’re a fan and a friend, I always have a look to see how they’re doing.

Best and worst moments as a Leeds supporter?

Many great moments in the Don Revie years but more recently a good moment was Leeds beating Manchester United 1-0 in the FA Cup at Old Trafford in 2010. Worst moment was being relegated to League One.

There have been many great players over the years (see above) but my favourite player was Allan “Sniffer” Clarke. Worst: Tomas Brolin. £4.5 million down the drain. They would have been better off signing up a Tellytubby.

Leeds are currently just above the relegation zone, as Sunderland are in the Premier. Where do you expect each club to finish?

I have an awful feeling that Leeds will drop but I think Sunderland will survive.

And who will win the FA Cup?

The usual suspects but not Leeds.

Diving: so prevalent we may as well give up and put it in the coaching manuals, or still worth tackling?

Good tackling is an art form. I would like to see diving stamped out, so to speak.

How will you keep tabs on the game and would you hazard a guess at the score?

Tracking it on the internet through Live Score. Sunderland 3 Leeds 1. 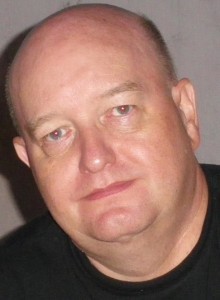 * Julian Young on himself: I’m a journalist and live in Paris where I worked for 10 years at The International Herald Tribune. Before that I worked for The Daily Telegraph in London for 13 years. I’m married to a Frenchwoman and have two children; none of them understands my support of a team in a distant city oop north.