There is no point in pretending that 2-2 at home to Stoke at this stage of the promotion battle was anything other than a bitterly disappointing result. 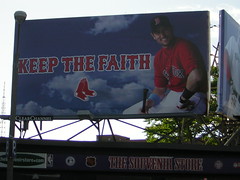 This time, however, we were lucky. Only Preston among our promotion rivals won and we remain third top, just three points behind Birmingham and Derby, teams we have recently played well against.

And the simple fact is that teams by and large do not win all their games. Football would have little purpose if they did.

It’s bad enough that the Premiership big guns more or less believe they have God-given rights to one victory after another. Who could forget the blasé, another-day-at-the-office looks on the faces of Liverpool fans after they beat us in the 1992 FA Cup Final?

But Pete Sixsmith probably struck the right chord with his verdict on Tuesday night’s match sent to me by text message as he left the SoL. A “good point” indeed, as he said in Sixer’s Sevens.

Pete followed it up with another text last night, when I was by chance in the company of rather subdued Pompey (“out season’s more or less over”) and West Ham (“we’re down”) fans on a quick visit to Paris. The message welcomed West Brom’s defeat and added: “Keep the faith.”

For uninteresting domestic reasons, I couldn’t watch the Stoke game on television, or follow live commentary via the internet.

But the absence of encouraging words on my mobile phone since the Dean Whitehead goal in the first half led me to believe we had lost all three points, Stoke having regained their lead just before half time.

When news of Daryl Murphy’s desperately late equaliser reached me, I opened Sixer’s message fearing it would read “Lost”, a word I got used to last season.

I had managed to see a tiny bit of Nick Alexander’s minute-by-minute commentary on the official club site and knew that Simonsen, the Sunderland fan in the Stoke goalie’s jersey, had predictably made a fabulous save (at Danny Simpson’s feet).

Nick’s ominous assessment at that point – on 83 minutes – was that for all our possession, we did not look like breaching a strong defence.

We evidently didn’t deserve to lose either, so Murphy’s last word brought justice to the scoreline.

Don’t mistake my relief for joy – our record in play-offs would hardly allow for that – but do be realistic: the other frontrunners will all drop unexpected points too, ensuring plenty more Championship uncertainty before positions 1 and 2, and then 3 to 6, are decided.

And I have taken a vow of silence, bearing in mind recent redundancies on Wearside and the soft option of Sky at home or down the pub, on the abysmal size (given our fantastic run) of the attendance.

Beyond, that is, saying for those who do not know that it was 31,358 and also admitting that many Premiership sides would dearly love to see as many people in their grounds.

2 thoughts on “Got away with it”