The editor of Salut! Sunderland has a word for the captains of industry who close good, hard-working businesses like Shildon Wagon Works and the Evening Despatch. Unfortunately, that word would probably get us banned. Pete Sixsmith is also cross about the demise of evening papers, especially football pinks and greens; he’s crosser still about the end of Ceefax …

In a busy week for football, what with Chelsea giving a performance that reminded me of the game at The Stadium on New Year’s Day, the one where the press absolutely hammered us for having the temerity to foil Manchester City, and the impending relegation of mean and miserable Coventry City, one item may well have slipped under the agenda. The BBC announced the end of Ceefax.

It disappears as the analogue signal is switched off and London lost it on Wednesday. It vanishes from the North East in September and the families of MON and James McClean are the last to lose it when Northern Ireland goes Ceefaxless in October.

I am presuming that the current digital system will remain. Should that go, then I may well lose the will to live as one of my obsessions is to return home from the SoL, or the far flung corners of the Premier League, and immediately check the scores, scorers, times of goals, crowds and league tables. All done before my coat is off my shoulders and my feet are unshod.

It’s also a boon on deadline day as the transfers go up. That night in 2005 when Roy Keane signed half a team in 10 minutes almost caused it to explode and I love the News In Brief section which tells you the Burton Albion captain has pulled a muscle, or the Bury manager has sacked an errant full back.

But, it’s another situation where the great computer is taking over our lives. At football the other night, a smartphone was produced and quickly gave us the low down on all the Championship scores, including Coventry City losing 1-0 at home to Millwall; instant, portable (unlike a 37 cmPanasonic) and totally reliable, this is clearly the way that things are going.

Another snippet of news, this time from The Proper Guardian,(as opposed to the one on line), said that Johnston Press, the owners of the Sunderland Echo, were making some of their evening papers weeklies and publishing the daily versions only on the net.

The good citizens of Halifax, Kettering, Scarborough and Peterborough will have to do without their afternoon/evening papers and the report went on to say that the Echo, Hartlepool Mail and a dozen or so others could well suffer a similar fate.

This may well mean the end of that Wearside institution, the Football Echo. The specialist football paper is already an endangered species, with ours being one of three or four left in the country. It sells reasonably well, better if the team are successful, and I would imagine it makes a steady contribution to Royal Mail takings as copies are sent all over the world.

At one time, every town had a Sports Special. Echos, Chronicles, Gazettes, Mails and Dispatches vied for readers in this area, while it was possible to travel from one end of the country to another on a Saturday night and end up with a car full of pinks, greens and whites.

Alas, no longer. Sunderland, Southampton, Portsmouth and Sheffield are, I believe, the only places left – and I may even have missed a closure in one of those cities. The football edition of the Birmingham Mail, with its pages of non-league coverage is long gone. Those of the Manchester Evening News and Yorkshire Evening Post, both worth driving off the M62 for, are no longer with us. Instead, we have computers and bloody smartphones which we can’t screw up into a ball and throwat the cat if we have lost – a regular occurrence a few years ago.

So, call me a Luddite ( a term I am proud of), but the endof Ceefax is the end of an era, an era of Dave Swindlehurst, Steve Hetzke, ShaunCunnington and Brett Angell. Unlike the players mentioned there, it will be sorely missed. 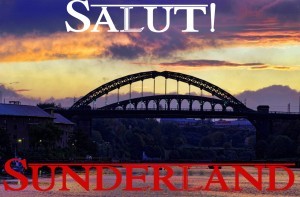 7 thoughts on “Sad echoes of the times for Sunderland, Southampton, Portsmouth, Sheffield … and Ceefax”