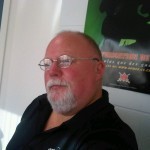 In a landmark ruling, Gillingham FC have been found guilty of “racially victimising” their former striker Mark McCammon.

McCammon claimed at a tribunal hearing that the club refused him treatment for an injury, had docked his pay and then fined him for not turning up in heavy snow. It was stated that the club had flown a white player to Abu Dhabi for treatment and told several white players they were not required to attend training on the day of the bad weather.
,
He also claimed he was made to stay behind for several hours longer than others and instructed “not to blog”, a restriction that didn’t apply to all players.

The player said the club had been trying to “frustrate” him out and further claimed that these actions resulted in a confrontation with the manager Andy Hessenthaler, who allegedly lost his temper after he was accused of being “racially intolerant”.

McCammon was subsequently ordered to attend a disciplinary hearing and later, it was claimed, received a letter saying he was being dismissed for aggressive conduct towards the manager and racism.

The ruling in favour of McCammon seems to have been met with incredulity by Paul Scally who declared that the club he owns would appeal against the decision of the Ashford Employment Tribunal.

At the time there was approximately eight months left on McCammon’s contract. He was clearly injured and, at 33, it would seem Gillingham FC had no intention of offering him a new contract.

In my view this ruling has huge implications for the game. There seems little doubt at all that Mark McCammon was indeed victimised by an unscrupulous employer with no real interest his wellbeing and career. He was clearly singled out for unfavourable treatment on several counts through an extended series of abuses. It is surprising perhaps that McCammon did not bring a case of “constructive dismissal” against his former employer.

Mr McCammon raised a legitimate complaint of race discrimination, which Mr Scally did not bother to investigate and ultimately dismissed him because of it. The employment tribunal also make clear that the club’s witnesses not only colluded in the preparation of their witness statements leading to his dismissal, but also colluded in the preparation of their evidence before the employment tribunal.

Anyone reading reports from the tribunal is likely to have genuine empathy with Mark McCammon over the treatment he received from his former employer. There was clearly an unspoken agenda, including an apparent indifference to his injury and recovery. His employer possibly felt that they weren’t getting a good return on their outlay and that spending club money on a player with so little time remaining on his contract was something they were reluctant to do.

This rather unfortunate set of circumstances is probably not limited to Mark McCammon’s career. Out of the spotlight of the Premier League, where the impression is of player power ruining the game, career professionals face circumstances very similar to the rest of us when having to deal with an unscrupulous employer.

While I agree with the Ashford Employment Tribunal’s outcome that Mark McCammon was unfairly dismissed and I am pleased with that verdict, having read several reports about the events which led to that outcome, to my mind there is precious little evidence that suggests the distasteful and frankly disgraceful way that Gillingham apparently treated their player was racially motivated.

It seems to me that their apparent malevolence came about because their highest paid player was ageing, injured and had less than a year left on his contract.

The club in an official statement said:

We are hugely disappointed, in fact staggered, by this decision. As an organisation we are an equal-opportunity employer and do not discriminate against, nor victimise our staff.

This case is the first of its kind to be brought against the club in its entire history, a history that has seen the club employ many thousands of staff of various race, religion and creed, none of whom have ever felt the need to bring such a claim. Given the nature of the case, and the findings, we will discuss the judgment with our lawyers and decide upon the next course of action, as deemed appropriate. There will be no further comment on the case by the club until the matter has run its full course.