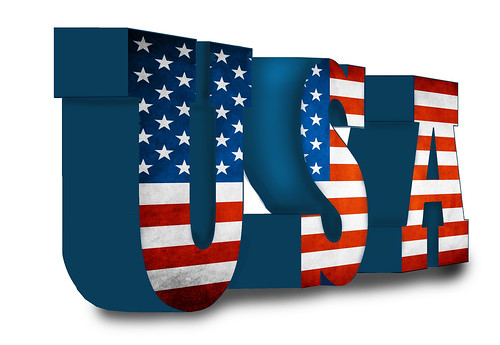 Yesterday, we had Rob Hutchison telling of a wonderful trip to Canada to stay with our own Jeremy Robson, a man he’d only met electronically though both are from the North East and support Sunderland. Today we cross the Atlantic again for the first column by Robert Simmons**, an American who describes how he acquired a passion for a far-off club. Once on these pages I told the story of my encounters in different parts of the world with people who, for a variety of reasons, stood out for me because they were wearing Sunderland tops. I look forward to being able to add a photo of Robert in his ….

My name is Robert Simmons and you may be as surprised to be reading a blog post written by me as I was to have been asked to write it.

However, I do have one credential that most Sunderland fans do not have. I am a Sunderland fan like the rest of you, but I also happen to be an American.

Over the course of the last few years as I have followed the Black Cats I have found very few fans of Sunderland in the States who are not exiled fans from England. All this gets me is funny looks from American sports fans and a slightly different perspective from the majority of Sunderland fans based in England.

Every now and then I’ll be offering my perspective on the team and season, the thoughts of a fan on this side of the Atlantic – and I’d be happy to answer any questions you may have about what it’s like to follow our beloved Sunderland from the States.

But first I should perhaps explain how I began to follow Sunderland in the first place.

I’ve always played football (and not the American kind, the real football that we call soccer over here). I grew up playing in as many youth leagues as I could and developed into a decent player.

I played for my city’s youth club and even had the opportunity to play against a number of future American International players like Landon Donovan, Clint Dempsey, Demarcus Beasley, Eddie Johnson, and Aguchi Onyewu. I had some small amounts of success and played college soccer but never progressed past that point.

If all that explains my connection to football, it does nothing to explain why I have grown to love Sunderland.

I grew up in a family of meager means. We could never afford the cable or satellite channels that showed English football. I was always aware of the big clubs but I never really got to watch them play.

However, as an adult I get to choose how to spend my money and I am now able to watch every Premier League game live. It was at this point (about four years ago) that I decided I needed to pick a club to support. Most American fans follow Manchester United, Arsenal, Chelsea, or Liverpool and I considered one of those clubs for a minute or two but quickly realized I wanted a club I could be passionate about and not a club that spends money to solve their problems.

I began to do a bit of research and read about a club in the north-east of England with a long history of pride and success and a passionate fan base, recently promoted back to the Premier League. I found a Sunderland match on TV, watched the passion of the fans at the Stadium of Light and fell in love with Sunderland AFC.

Since then it has been a few years of having to deal with funny looks from Americans when they ask who my favorite football team is. I’ve also learned to deal with stressful relegation struggles, the joys of a good run in the league, a strong Cup run, long transfer windows wondering who we’ll sell and who we’ll buy … and most recently I’ve learned how to Party with Marty.

I’m excited for the upcoming campaign. I’m hopeful we’ll see a striker or two sign and maybe a winger and a fullback.

Check back here in the next few weeks for more news and reactions to Sunderland news and matches, and you may just get to read a little perspective from this Sunderland fan in America.

If you want to get in touch with me before I write again feel free to follow me on twitter: @onlysafc

Check out Robert’s SAFC blog at http://onlysafc.blogspot.fr/ Monsieur Salut started editing the above article using his usual trick of disallowing Americanised spelling and usage but then had second thoughts. Robert would not write meagre or favourite so why should I impose it on him? I was less indulgent of the Oxford comma but, then, old habits die hard. I hope this is the first of many pieces Robert contributes from his side of the pond.

** Robert on Robert: I’m a huge SAFC supporter originally from Florida but currently I call Georgia home. I’m 29 and my wife (eight happily married years) and I have three daughters. My kids and I love spending our Saturday mornings watching Sunderland matches and singing along with the crowd. I work for a non-profit agency doing community sports outreach. Our goal is to transform neighborhoods and communities through sport. I’ve never been to England for a match but fully plan to do so soon.

8 thoughts on “Voice of America: he couldn’t help falling love with us”

Next Post
Van Halen, Mackems in exile and a daughter’s stout defence