Before at least one previous encounter between his club, Swansea, and ours, Jim White has been interviewed by Salut! Sunderland. Now, he turns the tables* and puts a series of questions – one of them lifted directly, and pretty much word for word from our “Who are We?” series (see if anyone can identify it) to our own Pete Sixsmith, who boldly predicts ‘new manager bounce’ and a win …

Jim White: Firstly, can you introduce yourself and your website, how long have you been a Sunderland fan?

My name is Pete Sixsmith, contributor to SalutSunderland, which is run by ye good friend and fellow sufferer, Colin Randall. I first went to Roker Park in 1961 and have watched them regularly since 1963 – 50 years of conflicting emotions and a belief that ‘this is the season we make the big breakthrough’ – although that seems less and less likely as I approach my dotage.

So then, we have to start with the obvious question! Are you happy with the appointment of Gus Poyet?

Happier than I was with the appointment of Paolo Di Canio. Poyet appears to have no baggage with him and has some coaching experience in the Premier League. He has done well at Brighton – they played neat and tidy football. In addition to that, there wasn’t a great deal available. I shuddered at the prospect of either Tony Pulis or Alex McLeish.

Tell us more about what to expect from Sunderland? What type of football are you playing at the moment?

Mostly rubbish under Di Canio. The two league games that Kevin Ball took saw a much better balance – although we lost them both. I suspect that Poyet will follow the Ball route for starters (lots of effort and commitment) as he needs to get some points on the board quickly. Don’t expect a footballing masterclass.

Which player has impressed fans most this season?

Emanuelle Giaccherini has done well and scored a couple of good goals. He looks an exciting player and is playing behind the centre forward and in front of the midfield. He seems to be enjoying life at Sunderland.

Which player has failed to live up to expectations?

Quite a few. Cabral has disappeared from the first team in a strop, David Vaughan has never looked comfortable in the first team and Connor Wickham and Ji Dong Won are ever spreading stains on Steve Bruce’s transfer record. Neither have done much in two full seasons on Wearside.

What was the general fan view on Paolo di Canio? Were you pleased he went or would you rather him have been given more time?

Most of the people I know were wary of the appointment and were pleased that he went. The relentless posturing and the feeling that everything was about me, me, me annoyed the older supporters. Many of us kept our counsel when he was there, but there was a colossal sigh of relief when he was shown the door. It was like waking up after a bad dream.

What’s the general Sunderland fan view on Ellis Short you have and the ownership situation?

He is beginning to attract some criticism, which is understandable after the last eighteen months of misery and upheaval. He is the sole owner of the club and if he loses interest, goodness knows where we would be. He appointed Di Canio and he has appointed Poyet and fans will allow him one mistake. Remember that Niall Quinn had a huge input into the Bruce and O’Neill appointments; neither did well and Short presumably thought that, as a Texan, he could tame the maverick that was Di Canio. How wrong could he be.

Which ex Sunderland player would you love to see back playing for you and why?

Steven Fletcher would do for a start, but he is still with us. We have never really got over losing Darren Bent either, but he left under a cloud.

Who are the greatest players you have seen – or wish you’d seen – in Sunderland colours and who should have been allowed nowhere near them?

Loved Charlie Hurley, Johnnie Crossan and George Mulhall from the 63-64 promotion team and I still say that Jim Baxter was the most gifted player I ever saw. He was even better on the odd occasion he was sober. His cousin, George Kinnell was signed to ‘keep an eye on him’ and drank even more than ‘Not So Slim Jim’. So maybe him [in the other category] – but there have been so many, from Andy Kerr to Marcos Angeleri.

What’s the view on Ki Seung Yeung? Are you impressed?

He seems a decent player, but he failed to track the latest Manchester United wonder boy, allowing him a straightforward equaliser last time out. I can understand why he is fifth choice. 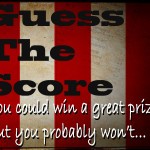 Forgetting the internationals now behind us, Guess the Score at the Liberty Stadium: https://safc.blog/2013/10/guess-the-score-special-swansea-sunderland-england-poland-belgium-wales/

I guess Danny Graham isn’t well liked by Sunderland fans either? Who do you think got the best deal on that transfer?

Decent lad, tried hard, but out of his depth. Not his fault – blame the manager who blew £6m on him.

What are your realistic hopes for this season?

Avoiding relegation. There are still plenty of games to go and Poyet gives us a chance. Had Di Canio stayed, we would be down by the time the Christmas decorations went up.

Which Swansea player do you fear the most and why?

Michu. A good player, doing well and full of confidence. Our central defenders need to be aware of his habit of appearing from nowhere – but they probably won’t be.

Which player do you think will cause us most problems on Saturday and why?

Altidore will leave your central defenders bruised and battered, allowing Giaccherini to take advantage of any gaps created.

What will the score be on Saturday?

What are your thoughts and views on Swansea as a team and a Club?

Very good side when things go well and they can counter attack. Laudrup has a good eye for players and they seem sharper than under Rogers. As a club, Swansea are a great example of what can be done by fans. I remember you almost going out of the league and having owners who were verging on the criminal. Good to see a renaissance in Welsh football with Newport back in the league and Cardiff in the Premier – although I think that is going to end in tears with the Malayan megalomaniac in charge. Bet you are disappointed with that. I like Swansea as a city – any place that gave us Dylan Thomas can’t be a bad one.

* The article originally appeared at the Swansea City fan site SCFC2. The photo of Swansea fans, taken at the playoff final that took City into the Premier League, is from Jim White’s Facebook pages.

1 thought on “The Swansea ‘Who are We?’: Sixer goes for a little belated glory”