Malcolm Dawson writes….It was disappointing today. Nothing new there then. But in the wake of the previous 5 results this game was academic in terms of Premiership survival so the pressure was off. The mood in the ground (at least the part where I was) was frustrated but relaxed – if that makes sense. We knew it didn’t matter but we wanted to finish with a win. Cattermole was a huge miss. Bridcutt ran and pointed but didn’t break up the Swansea midfield the same way Cattermole might have done. Bardsley at left back didn’t pose the same threat going forward as Alonso has recently and should have done better for the first goal. But to be fair Swansea took both first half goals well. We had a chance which tested the goal line technology and looked to begin the second half in a better frame of mind. At 1-2 we had a chance. At 1-3 it was looking unlikely that anything could be salvaged. But the players didn’t give up and neither did the fans. Gus acknowledges that fact in his post match e-mail to M Salut and the wider world.

Finishing 14th in the table is good enough for me after the season that we have had; I’m happy with that. I tried to make as few changes as possible to the side today but there were a few players with problems.

It was quite intense; we were looking for a result to finish off the season but after the week that we’ve had we did look a little flat today. I think we did well to get back in the game after going two goals behind, I thought we might have seen something special and taken something from the game but Swansea’s third goal really killed it off.

It was a priority to make sure everyone finished the game without any injuries and to make sure nobody went into the summer break nursing a knock.

Thanks to the fans for all of their support, they know how difficult it has been and how we’ve had to work very hard to get this finish. The same way they sang my name, I’d like to thank the fans from the bottom of my heart, they’ve been unbelievable. 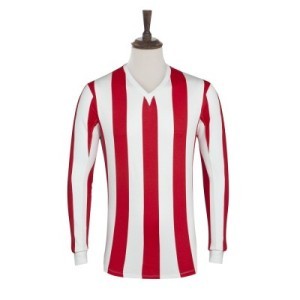 Next Post
Sixer’s Sevens: SAFC 1 Swansea 3. After all those Lord Mayor’s shows …