The average age of our readers has probably been reduced to below 100, thanks to Hayley and Keir, and our brilliantly successful season will no doubt have brought in new readers. Or maybe not, I don’t actually have a clue except for M Salut’s recent post that the site’s had 2.4 million visitors since it opened in 2007. Whatever, it’s likely that some of those 2.4 million hits will be from the parents of football-mad kids who, struck down by World cup fever, will shortly be negotiating bedtimes and giving plaintive cries of “just a bit longer…”

There’s nothing I can do to help, I’m afraid, you’ll just have to live through it. However, you might be able to soften the blow of a too-early bath with a gift of a Michael Coleman book. He’s been knocking out kids’ books since about 2000 on the theme of Foul football, (Wicked World Cup, Come on England, and so on) and you can pick them up cheaply enough on ebay, even Amazon. The ups and downs of the premier league appears to be his most recent one but it won’t mention the great escape as it came out in 2013.

I have to say I have not read them myself so can’t really say much else in recommendation (although the Amazon website does have good reviews by buyers with young children) but I have looked through what I think may be the original Foul Football and I can see how kids would like it. It’s full of little facts that anyone who likes trivia (or perhaps collected Sunderland’s reserve team programmes, as I did)  will enjoy. It contained some items about our club so, courtesy of Mr Coleman, here’s a short pre-World Cup warm-up quiz for the fan who knows everything about Sunderland, and for their Sunderland-mad daughters or sons. Get ready, Hayley and Keir:

1   Peter Aldis scored against Sunderland in 1952. What two things made his goal special?

2   What was remarkable about Jim Blyth’s spell in goal in a 1982 game against Sunderland?

3   What did Liverpool and Sunderland players do after the 1992 FA cup final?

4   When Sunderland played Yeovil in 1949 Yeovil temporarily expanded the ground capacity. What did some fans sit on?

5   Not every fan could get in to watch the 1949 game. How did those locked outside keep in touch with the score?

6   Alex Mackie managed Sunderland and Middlesbrough. Why did he give up management and take up running a pub?

8   How did Ambrose Fogarty’s sending off in 1966 complete a hat-trick?

1   He scored with his head from a distance of 32 metres – the longest headed goal on record – and it was the only goal he scored in his career.

3   They swapped medals. It was the first time the losing team went up the steps first and SAFC players were given the winners’ medals.

5   Listened to the radio: police on crowd control turned their car radios on and opened the car doors

6   He was found guilty of making illegal payments and suspended while at both clubs.

7  135 minutes. The referee was late and the game began with a linesman in charge. When the ref turned up at half-time he insisted on the game being played from the start.

8   It was in the League Cup. He had previously been sent off in the League (1956, playing for ‘Pool) and the FA cup (1958, playing for Sunderland). This might not seem much but you need to remember that red and yellow cards weren’t in use and sending offs were rarer in those days

9   Televised football. Part of the 1937 cup final was broadcast

10  The first-ever penalty awarded in a cup final 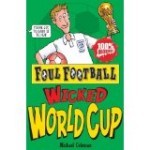 Next Post
Larsson’s new deal: I say good, what say you?