Pete Sixsmith sees another Sunderland draw, but one most of us would have accepted before the game. Jack Rodwell, after his disappointing debut at WBA, powered in a splendid header to equalise after Mata had put United ahead much against the run of play. Mata’s tap-in capping a clinical counter-attack after Connor Wickham ought to have scored at the other end when when played in by a superb Will Buckley pass.

Despite a few nervous moments at the end, it was a thoroughly deserved draw in a game where Sunderland never looked second best. Oh, and Ashley Young proved something about leopards and spots. Here, as usual, is Pete’s instant seven-word verdict. He’ll have more to say about the encouraging signs that were there for all to see … 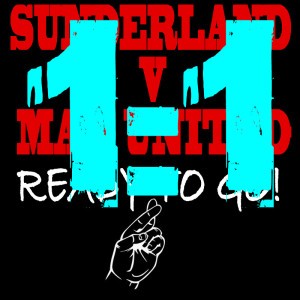