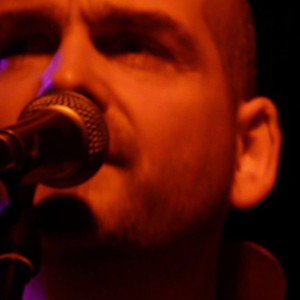 Pete Lashley* is one of ours. He’s a lifelong Sunderland supporter, born away from the North East but from solid red and white stock. He’s also a singer/songwriter who defies easy compartmentalisation. Just when you think he’s a folk singer, he covers Led Zeppelin, Kate Bush and Bruce Springsteen or plays the William Tell Overture, Greensleeves and Bach’s Jesu Joy Of Man’s Desiring on guitar.

His new album, Magic Corner, has a song inspired by and called Gladstone Street, close to where Monsieur Salut parks. There’s a clip below and a quick look at https://www.youtube.com/user/petelashley takes you to more of his work. It seemed a good idea to chat to Pete about his music and, of course, the Lads. A CD is on its way to Pete Sixsmith, who promises to descend from his Soapbox one day soon to assume another of his roles, that of record reviewer …

Salut! Sunderland: ordinarily, this would be a contender for Salut! Live (it may yet end up there, too) but there’s a reason, of course, why you are of interest to Salut! Sunderland. Please explain, Pete …

Pete Lashley: Hi Colin. I’m a life long supporter of Sunderland AFC. All my relatives, including my Mum & Dad, Grandparents, cousins are all from the Chester-le-Street area. I was born in Cardiff and grew up in Penarth, South Wales before moving across the Bristol Channel when I was seven to a place called Nailsea near Bristol (We now live on the edge of the Lake District in South Cumbria). As kids whenever my parents would travel up to see family in Chester-le-Street, me and my two brothers would get very excited. We would often play on the pit heap behind my Auntie Ann’s & Uncle Jack’s house. We would also often go with our cousins, uncles, aunties and grandparents from Chester-le-Street to Roker Park. It was part of a family tradition really. My earliest memory of watching Sunderland at home was standing in a packed Roker End during the final home game of the 1975/76 season when Sunderland clinched the title and promotion to the top flight. There was over 50,000 there that day. I was seven years old. I remember going through the turnstiles with my Granda and underneath the Roker End. You could hear the noise from the crowd, the bustle from the terraces, and when you emerged into daylight and saw the pitch and packed stands for the first time……….amazing!!

Gladstone Street is a location known to most Sunderland supporters, especially those who’d pass it on their way to Roker. How did it inspire you to write a song?

The song Gladstone Street was inspired by a visit to Sunderland on New Year’s Day 2014. The lads were playing Aston Villa at the Stadium of Light. I had driven over from South Cumbria and parked the car on the front at Roker. It was pouring down, very windy and the North Sea was looking dark and moody. The tide was in and it was smashing against the lighthouse harbour wall. I walked through Roker Park and towards the Stadium of Light getting drenched in the process. The lads lost 1-0 and I drove back to Cumbria rather dejectedly, particularly as our place in the Premier League was already looking iffy to say the least that season. When I got back home I thought of the North Sea and how mean and moody it had looked. I also thought of the red bricked terraced streets and how the wind would whistle down them. I thought of Fulwell Road, Gladstone Street, the old Roker Park, Shipbuilding, Coal Mining, the Stadium of Light. I thought of how these streets sit so close to such a powerful force of nature that is the North Sea.

I then thought this place would provide a really atmospheric backdrop for the scene of a spurned lover left out in the cold, banging on a red bricked terraced house door on a winter’s night on Gladstone Street during a gale, the wind whistling. The music to accompany this scene would be filled with electric guitar, drums, acoustic guitars, vocals, all attempting to create a musical tempest.

I spotted Dance of the Knights and Can’t Help Falling in Love With You in your repertoire. Any examples of songs or instrumentals of your own that owe their existence to Sunderland AFC or North-eastern influence?

There’s a song from an album called Air of the Gods that I did back in 2005 called Coastal City Night which I wrote after doing a gig at a pub called the Harbour Lights in South Shields. I stayed on the third floor of a B&B nearby that night and distinctly remember watching the lights of the tanker ships hypnotically slide across the dark as they sailed in and out of harbour. Like Gladstone Street, Coastal City Night draws much of its inspiration from the brooding North Sea.

The unreconstructed folkies at Salut! Sunderland would recognise plenty of what you do. Only the occasion traditional song but Robert Johnson, Paul Simon, Bob Dylan, Alan Hull, Tommy Armstrong and even William Wordsworth are among the reference points. All except Wordsworth have had their work played regularly in folk clubs. Do you categorise your music and what sort of venues ask you along?

I get asked to play a whole range of venues from pubs, weddings, concert halls, festivals, particularly in the Lake District where I live. Occasionally I’ll play the odd folk club too, such as Rothbury Roots up in Northumberland. As a musician it’s great if you can avoid being pigeonholed, and that’s what I try to do by building up a big repertoire of many different styles. I gig a lot with just acoustic guitar/vocals/ukulele and in that sense it would be easy to categorise me as just a folk musician. I would however hope that if people listened to my albums they would find a whole range of styles on them and perhaps none more so than on my ninth and most recent album Magic Corner. This album has Gladstone Street as its opening track.

Back to football. Beyond whatever you said in answer to the first question, let’s have a resume of your history of supporting the Lads, including some mention of how often you get to see them.

Because I grew up in South Wales and Bristol, my Dad, me and my two brothers would often go and see the lads play away in the late 70s/early 80s at places like Cardiff City, Swansea City, Bristol City & Bristol Rovers, and occasionally elsewhere like Villa Park and Stamford Bridge.

Sometimes we would stand in the away end (as at Cardiff City in the promotion season of 79/80 with about 10,000 other Sunderland fans). Other times we would have to stand in the home end which would make things a bit tricky particularly if Sunderland were having an off day (which was quite regularly) as my Dad just couldn’t resist yelling to let the Sunderland players know his feelings. Fortunately the home fans didn’t become aggressive towards us. If anything they looked on us with a kind of bemused pity before slowly edging away!

In fairness my Dad has always been a huge Sunderland fan and went to see them regularly in the late 40s and throughout the 50s at Roker Park and away games. His hero is Shack. I myself occasionally try and get over from South Cumbria to see the lads. Unfortunately I haven’t been able to get over this season as I gig at the weekends. I’m really hoping to perhaps catch a game at the SoL before the end of this season and help the Lads stay up!

As I write, survival is subject to some serious Ifs and the realistic view may be that it’s not looking great. How would you cope with relegation, having gone nine seasons without one?

Of course we’ll stay up!!

Would we bounce straight back?

What have been your own high points as a supporter?

I think watching Sunderland for the first time at Roker Park with lots of my relatives and with over 50,000 in attendance clinch promotion has to be up there. Another great afternoon was years later watching them play Bradford City with my Dad and eldest brother at Valley Parade in consecutive seasons. The first game was a 1-0 win for the lads in the Championship with Niall Quinn, having scored, ending up in goal after Sorensen got injured. A heroic performance that sent us on our way to promotion!!

The following season in the Prem we won handsomely with Quinn and Phillips in their pomp to go fifth!! Another was watching the lads beat Man Utd 3-2 at Roker Park in 1984 having been 2-0 down!!

There has been quite a few. Probably the Micky Grey penalty at Wembley.

Any real duds that stick out?

You’re allowed to choose our venue: Stadium of Light or Roker Park?

Pete Lashley on himself: Me and my wife and all the family love the great outdoors and feel blessed to live in South Cumbria where we love to explore the Lakes and Dales, running and walking. The landscape also provides great inspiration for my songwriting.

Additional background: singer/songwriter/multi-instrumentalist whose songs are often inspired by the beauty of the Lakeland landscape. Plays 150+ gigs every year performing his own songs and giving covers his own twist. Pete has sold well over 6000 albums just from gigging around the Lakes and occasionally further afield at festivals and venues in London, the North East, Midlands, Scotland, Bristol & the South West.

1 thought on “Pete Lashley: singing the blues, loving the red and whites”