But that’s not all. He’s a keen observer of all things Sunderland, which makes his end of season review very interesting indeed. Read on for some wholesome food for thought while we await events off the pitch

To put my feelings on the season just ended into perspective we need to think back to 2015/16.

In May 2016, Big Sam and his team danced around the pitch and the fans went wild. Our celebrations matched and in many cases outdid, those of the Premier League Champions, the F.A. Cup winners and the rest of the clubs around the world who had won something meaningful. At least that’s how it felt.

It must have seemed strange at the time to anyone outside of the North East who wasn’t a Sunderland supporter that our collective euphoria was in celebration of another season where we had avoided relegation, unlike our near rivals, which in itself added to the joy of many of a red and white persuasion. But I believe it was more than that. It was a celebration of hope and it was a celebration of belief that finally as a club we had turned a corner and good times lay ahead.

That campaign had started badly. The saviour of 2015, Dick Advocaat with the help of a bunch of flowers to his missus, had been persuaded to postpone his retirement and return to carry on where he had left off the previous season. Despite being a popular choice amongst fans, it soon became apparent that he wasn’t taking the club forward and he made a tearful farewell after a two all home draw with Aston Villa, hinting that backing he had been promised from above had not been forthcoming.

So in came Big Sam.

It is easy to forget that Sam’s reign did not get off to a flying start. Wins over Newcastle in October then Crystal Palace and Stoke at the end of November brought us a mere 9 points from Sam’s first 11 games but his was a long term plan. He was working with the team and individual players on the training ground, organising, improving and getting his action plan across. His work with van Aanholt and Yedlin was impressive, turning them from dodgy fullbacks into attacking wingbacks, who could threaten the opposition with their forward runs, knowing that the players in front of them would be covering back and helping them out in their defensive duties. 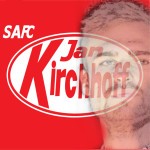 Astute signings in January strengthened his hand somewhat. Kone became a cult figure with his challenge on Ya Ya Toure in a game we lost. Kirchhoff was showing what a fine player he was and Khazri buzzed about with energy and enthusiasm, bringing some solidity to the left back position in tandem with van Aanholt, just as M’Vila was doing with Yedlin.

To my mind one of Allardyce’s master strokes in that transfer window, was off loading The Giant Pantillimon so freeing up resources to allow the signing of Lamine Kone to go ahead. In hindsight, there were ominous signs in that deal of which more later, but alongside Younis Kaboul (another player who had been unimpressive in his first few appearances) he proved a rock in defence as the season reached its conclusion. Sam was also able to weed out those players who may have been creating unrest in the dressing room and develop a camaraderie and togetherness that Athos, Porthos, Aramis and d’Artagnan would have recognised.

However, with six games to go we were still in the doo-dah but a fine away win at relegation rivals Norwich was followed by another four games unbeaten and we were safe before we even went to Vicarage Road. There, players like Rodwell and Lens, who had hardly featured in Sam’s plans, and a raft of the Under 23 squad, performed magnificently. We drew a game that we would have won if the officials had not ruled out perfectly good goals from Dame N’Doye and Duncan Watmore but it hardly mattered as we ended the season undefeated in six.

And so we come to the campaign just ended, and what a difference a year makes.

The early close season signs were encouraging. No strength sapping, publicity seeking, long haul visit to the sub tropics but a sensible fitness and conditioning training camp in Austria and pre-season friendlies on our own continent. In that respect the club was getting it right but precious little activity in the transfer market meant that when Allardyce took charge of his last game at Hartlepool, the squad was weaker than it had been at Vicarage Road just a couple of months earlier. I believe that Sam would have earmarked potential signings and wanted them in as early as possible for a full pre-season. That there had been no incomings by that first friendly did not bode well and even if the England job and subsequent “Allardyce for England” media frenzy had not occurred, I think he would have gone.

Welcome David Moyes, and welcome he was to most at the time. I won’t dwell on his signings or tactics. Others can do that but the loss of Kaboul and the Lamine Kone “hamstring” when Everton came calling broke a strong and settled defensive partnership. Despite Kone’s subsequent pay rise he never seemed to have the heart that he brought with him in the early days, was nothing special for the rest of the season, and his attitude at the end a major disappointment.

Then there was the arrival in the country of Yann M’Vila and his non signing, before the eventual tearing up of his pre-nuptual agreement. DeAndre Yedlin enjoyed life in the North East so much that he was courted and signed by the Mags, not ourselves, and the fact the only striker we could sign was going to need months of work on the training ground before he could make his debut did not bode well.

By the end of the season what we saw was a group of disparate and dispirited players, some of whom appeared to be going through the motions and some of whom pulled out with not entirely convincing injuries.

There were some, Larsson, Cattermole, O’Shea who continued to give their all and I would put Borini in that category too (though others will disagree) but by and large there appeared to be too many shirkers, too many causing unrest in the dressing room (which Borini alluded to) and an horrendous injury list so that Moyes never really had a chance to build on what Big Sam had achieved.

Of course he didn’t help himself with his downbeat comments, the majority of players he was able to bring to the club, his team selections and game plans, but fans have short memories and he didn’t deserve the personal abuse that came his way from supporters, many of whom would have been excited by his appointment in the first place.

He’s gone but I don’t envy whoever comes in to take his place.

The whole club needs an overhaul. Whoever the new manager is will need time to build almost from scratch. How restricted will he be by wage agreements and ill advised contracts that are already in place? Supporters will need to be patient but I doubt that they will be.

From the overwhelming optimism of a year ago, all I am feeling now is sense of foreboding.

1 thought on “End of season reviews: (5) left with a sense of foreboding”