Malcolm Dawson writes…………..Santa called early this year and on his way to bring joy and happiness to the children of Weardale and the greater North East, popped Pete Sixsmith‘s season card through my letterbox. Santa of course knows when you’ve been bad or good, so did he think I’d been naughty over the past 12 months, condemning me to witness the Fulham and Birmingham City games first hand, in what might have been seen as the footballing equivalent of the naughty step … 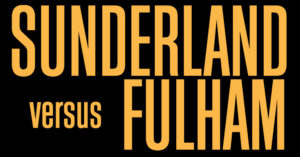 So I donned the thermals and layered up to combat the freezing temperature, before setting off on an expedition to the dizzy heights and rarefied atmosphere of the East Stand. It’s only a short walk from car to ground but I couldn’t help comparing the prematch build up with previous seasons.

Had I wished, I could have been first in the queue at any of only four burger vans between the Wheatsheaf and the Stokoe statue where once, not so long ago, there had been eight or nine. There was no prematch piper piping and for the second match in a row no adolescents in high viz jackets waving copies of A Love Supreme in my face. There were locked up storage containers where last year the much heralded fan zone had replaced the parking spaces for supporters’ coaches and there were no queues at the turnstiles. Even the concourses were relatively empty and for the first time I can remember I didn’t have to fight my way into the loo. I’ll admit that with no prematch visit to a local hostelry it was early but even so.

The ground itself is looking tired, with the mishmash of cherry red and pale carnation pink seats and reflecting the way the club itself has gone in recent years. I felt my age talking to the young student in the seat beside me as the ’73 Cup Final triumph was shown on the big screen yet again. I bemoaned the fact that we had to go back 44 years to celebrate a success, then recalling the last match of the 98/99 promotion season when the ground was sold out and tickets were changing hands for a couple of hundred quid each, he said “I don’t remember that – I was only two.” I felt my age again at half time when the middle aged bloke behind me came out with “Who’s Cecil Irwin? Never heard of him.” as our former fullback came out to make the 50/50 half time draw. By then I was quietly confident, not an emotion I have been familiar with watching Sunderland in recent times. We had I thought, bossed the game for most of the first half and although Fulham had finished strongly and had had a couple of decent chances I didn’t think we looked like a side at the bottom of the league.

Coleman started with Browning, O’Shea and Wilson in a three centre back formation, with Gibson sat in front and Love and Matthews employed as wing backs. There was an injection of youthful enthusiasm in Gooch and Honeyman in midfield and with both Vaughan and Grabban starting it was ostensibly a 3-1-4-2 formation. But what impressed me most in that opening period was the fluidity and organisation.

The players knew their roles. When defending, Gooch and Honeyman dropped back either side of Gibson and with the fullbacks in position, it became a 5-3-1-1 shape. If Love pushed forward, which he did frequently, Browning went wide to cover the full back spot and it became 4-4-2 or 4-3-3. Wilson did the same when Matthews went on an overlap down the left.

The work rate was top notch. The much maligned Gibson worked his socks off, covering the defence but getting forward at every opportunity. Honeyman, Gooch and the fullbacks hassled and harried the Fulham players at every opportunity. Vaughan and Grabban were both putting in a shift, causing problems for the opposition defence. For once we were winning second balls and not letting opponents settle. A look at the match statistics suggests that it was the Cottagers who had the bulk of the possession but it didn’t feel like that. As someone near me said early on, they looked there for the taking, which is not to say we had it all our own way.

Grabban had a header on target in the first minute, but it was weak and no problem for Bettinelli to collect. Gibson had a decent long range effort which the keeper couldn’t hold on to but which was cleared out of harm’s way. Ten minutes later Honeyman tried his luck from range and somehow Bettinelli kept it out with his forearms in front of his face. Grabban went for the rebound but was flagged for offside.

But it wasn’t all one way. After good work by Konte down the Fulham right a decent cross found Norwood in space in front of goal but fortunately for Ruiter the header was off target. The Dutchman might have got there anyway but the Fulham captain should have done better. Matthews and Honeyman were teaming up well down the left and it was the latter who found Grabban in front of goal, only to see his header flash wide of the far post. So we were creating chances with no end result and it was the visitors who had the next good chance as they finally asserted themselves in the closing minutes of the first period.

Cairney found space inside the box, but as he was bearing down on goal, the onrushing Ruiter and the fast moving Browning closed him down and it was the defender who blocked the shot from the angle of the six-yard box. For the rest of the half Ruiter had only had to make routine saves and I was feeling comfortable, if cold, as what passes for half time entertainment and “the crossbar” challenge was taking place.

The second half brought more of the same. Certainly Gooch and Honeyman had injected a bit of enthusiasm and energy into the midfield. We came close when Gooch and Matthews combined to set up Vaughan who saw his powerful goal bound header saved by the Fulham stopper, once again with a forearm. This was a top drawer, reaction save. Did this mean we were gradually wearing down the Fulham defence and were soon to break through or were we to be ultimately frustrated? Not long after when Vaughan took a knock and went down and the referee played advantage, Honeyman’s fierce shot was beaten down and Grabban fired the rebound wide, it looked more like it was going to be one of those days, rather than one of THOSE DAYS. (You’ll have to try and work out the vocal intonation!)

Ndong came on for Gooch and looked up to speed. He played a couple of decent balls and a couple of poor ones, but soon got into the game. Then Coleman took a bit of a gamble. For weeks now, there has been an increasing clamour amongst Sunderland supporters to let youth have a chance. Both Grabban and Vaughan had done their bit but there was nothing to show for all their graft. However I thought, it was still a bit risky to replace both with Maja and Asoro after 70 minutes. Fortunately, the young lads proved me wrong and Coleman right as both injected a bit of pace to threaten a defence who had been hassled and harried and never left to settle all afternoon.

Both created an immediate impression and not long after Matthews played a good low ball into the feet of Maja inside the penalty area. Maja took one touch with his right foot to give him just enough room to spin away from his marker and hit a crisp left foot shot across the keeper and into the bottom corner. And that was about it. Asoro showed a deft touch and some pace to twice fire in good low balls from the right wing, but neither time was there anyone in just the right spot to convert them into goals.

I’d more or less forgotten how nervous you get only one up at home with just a few minutes left on the clock. The nerves increased as the fourth official indicated four minutes of added time. I took a chance and texted the full time seven word summary to M Salut – over on the other side of the ground – with time running out, but I was wondering if I might have to change it before the end. Fulham pressed but thankfully the defence held out and then that was it. Some 364 days after beating Watford, the home crowd finally witnessed another victory, made all the sweeter for the majority by the news that Middlesbrough had lost, Newcastle had lost, we were out of the drop zone and The Mags were in theirs.

We play the bottom club next week managed by a man who, when he was in charge of coaching on Wearside, produced some of the poorest performances from a team in red and white I have ever seen (and that includes last season) and another win should be on the cards. But this is Sunderland. I have been around since the days of Cec Irwin and have learned not to get my hopes up but maybe, just maybe, Chris Coleman is doing what Big Sam did and starting to turn things around.

Next Post
Sixer’s sevens: Out of the bottom three as the long wait ends