Reposted after the Christmas hiccups! 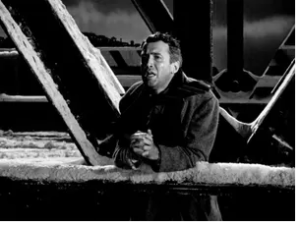 Now this Christmas Eve 2018, with his last minute shopping done, George went back to the Wearmouth bridge, thinking how much can change in the space of twelve months. 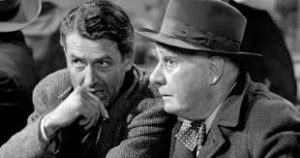 It was almost 2019 and he would soon be old enough to receive his state pension and free bus pass. He would be able to save money on his season card at the Stadium of Light. Britain was committed to leaving that same institution it was just about to join not long after he had come of age, although the process seemed to be more of a mess than anyone had anticipated. This Christmas the country seemed to be going the way that his club had been headed a year earlier. Relegation had not been avoided, but then out of nowhere or so it seemed, a superficially unassuming man had turned up with the stated intention of saving the club from falling into the abyss and had promised to effect a rescue. 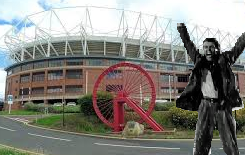 2 thoughts on “Sunderland at Christmas: It’s a Wonderful League”

Next Post
Salut! Sunderland crisis hopefully over. Merry Christmas everyone.