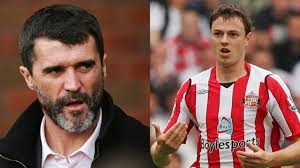 Twelve years ago, in our last promotion season/new dawn era, Roy Keane transformed the Sunderland team in the January window. In came two defenders from Manchester United, one a full international, a winger with pace and a tremendous shot and a fearless, bustling centre forward who knew he was only here for the short term, but who was determined to make his mark. 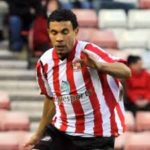 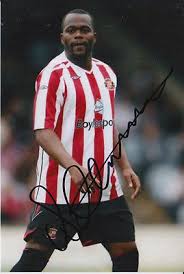 Simpson and Evans made sure that the job was done before heading back to Old Trafford , while Stern John moved on to Southampton as part of the Kenwyne Jones deal in the next window. Carlos stayed and became a favourite. Oh, and there was Anthony Stokes, but let’s try and forget about him……

This year, Jack Ross has brought five new players in and, with the exception of Grant Leadbitter, there would be a difficult case to be made out for saying that (so far) any of them have made a positive contribution to a promotion bid that is stuttering in the fashion of a Polski Fiat running on low grade petrol (other Eastern bloc communist cars are available). 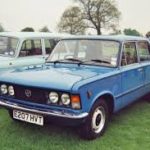 Our back four, which has never totally convinced, has looked even less so since Jimmy Dunne arrived on loan from Burnley. He has played alongside Flanagan, who was dropped after the AFC Wimbledon game and next to Baldwin. Both have struggled alongside him while he (Dunne) has shown a complete inability to pass a ball consistently to a team mate. Baldwin is little better at the moment and if we are going to persist in playing the ball out of the back a la Vincent Kompany and chums, we need, at the very least, to make sure that it goes to a red and white shirt.

Dunne lost Paul Smythe, a busy, hardworking centre forward, signed on loan from Queens Park Rangers and a full 5’1” in height, leaving him to head home the second goal of the night and to put his team in what looked like a commanding position. His energetic and thoughtful display put those of our two forwards, Wyke and Grigg, to shame. Smyth was deservedly awarded the Man of the Match trophy by our friends from the Murdoch empire.

Jack Ross at least acted positively by replacing the floundering Wyke (on this display, he passed the audition for playing the part of Brett Angell in the new Netflix series, “Great carthorses of Sunderland”) and sending on a fired up Chris Maguire. 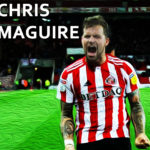 Reading between the lines, there appears to have been a difference of opinion between manager and player, perhaps stemming from when Maguire gave the ball away in a dangerous position in the Luton game, leading to the penalty equaliser. I imagine he was pretty miffed to not even make the bench at Oxford last week, so he had something to prove. And he did.

Within two minutes of his arrival, he played the ball into the box and Will Grigg made his first meaningful contribution in a Sunderland shirt when he backheeled it to George Honeyman who ran it into the net.

Six minutes later, the most tattooed player at the club, made a telling pass to McGeady, who showed all his quality in thumping in the equaliser. Welcome back Chris; hope to see more of this.

He lit up as drab a display as I have seen since Moyes left. Those agitating for a 4-4-2 line up may now sit quietly at the back of the class, because it doesn’t work. I cannot think of any club who plays two out and out forwards up front; Blackpool didn’t and Stanley didn’t. Nor do Luton or Barnsley, let alone those higher up the food chain. Aguero is the only out and out centre forward at City, Liverpool don’t have one, Ali and Son play behind Kane.

We have tried it, it failed so let’s confine that one to the dustbin of history and let’s focus on getting the best out of the players that we have.

Will Grigg has not made an auspicious start. He had two glaring misses on Tuesday and there was another one in this game. It needed a firm shot on target; his effort was neither. The longer he goes without a goal, the harder it will get and the ability of Josh Maja to conjure up a goal from nowhere is being sorely missed.

Lynden Gooch struggled as well and was replaced later rather than sooner. His early season vim has disappeared and he rarely beats his man for either speed or trickery. Janoi Donacien had him in his pocket for most of the game and a rest may well be the answer for the American. His replacement, Lewis Morgan, at least ran at defenders, but by the time he came on, a very fit and well organised Stanley side had shut up shop and gave us neither space or encouragement.

Both goals were avoidable. Baldwin got himself in a real tangle and brought down Smyth with what most news organisations are describing as a “reckless” tackle; you can add “bloody stupid” to that. Baldwin never looked comfortable and if Ross is going to persist with Dunne, he has to make a decision on either Baldwin or Flanagan for the rest of the season. Or, he could drop Dunne and perhaps utilise Ozturk, who at least is difficult to muscle off the ball. He would have stood up to Sinclair better last week.

It was a very disappointing performance and one that makes me worry for the rest of the season. Accrington were not a big side, but like so many we have played this season, they have a game plan and they stick to it. They mark tightly, close down the ball and, when they get it, they do not give it away. We do.

There is a lot of thinking to be done before Gillingham arrive on Tuesday. It is felt by many that the manager now has too many players at his disposal and that he is unsure of his best team. How about this;

Twelve years ago, Roy Keane stuck with a settled team from February onwards and we strolled the league, playing some wonderful football. We could still do the same this year, but time is running out and opposing managers and coaches appear to have worked us out.

Tuesday night is a massive game. Fail to win that one and we may well be struggling to make the play offs.

15 thoughts on “Sixer’s Soapbox: Accrington have bottle. What about Sunderland?”

Next Post
Sixer’s Sevens: Sunderland manage to draw at home to Accrington Stanley