Malcolm Dawson writes…..in my introduction to Sixer’s Soapbox, where Pete Sixsmith reported on our victory over Carlisle United the morning after the first game of this season’s Checkatrade trophy, I wrote…

”I am otherwise engaged in the wilds of West Lancashire this week, or I would have made it last night to bulk up the crowd and get another loyalty point on my season card. I’m betting there’ll be more than 7,800 Sunderland followers looking for Wembley tickets, should last night prove to be the beginning of a great adventure and we make it all the way to the final.”

At first this was misinterpreted by some as a criticism of the size of the crowd, which traditionally is low at all clubs for this competition, but what I intended was simply to comment that while the majority of fans show by voting with their feet, that this was not a competition that provokes a lot of interest in the early rounds, if we made it all the way to the final there would be thousands demanding tickets. Those thousands would include many who had not been to many games if any at all, never mind those in the Checkatrade trophy.

Crowds did improve after that, helped by a mini derby with the NUFC Bairns, but were always well below our regular gate.

I subsequently made every other game in the competition, including those at Morecambe and Bristol Rovers and having a season card was confident I would get a ticket for Wembley, but I have to admit to a little paranoia about Wembley tickets as I still feel aggrieved about not being able to secure one for the Charlton play off game. Twenty years on and it still rankles.

Despite having made 43 games that season, regularly making 340 mile round trips for midweek home games when I was living and working in the Midlands, I was unable to secure a ticket. Working as I did as a Primary school teacher there was no way I could get up to queue at the ticket office when it opened on a Friday morning and in no position to leave my class to spend time ringing the ticket office on constant redial. I resigned myself to having to watch the game at home on TV.

However, I was aggrieved (justifiably I believe) to hear my brother talking in the days afterwards, about the two lasses he knew who’d never been to a match before and yet had tickets for the play off. Especially galling was the fact that they had only got one each but could have had two. If only I’d known before, instead of after the event.

The situation last week proved my concerns about Wembley were well founded.

The demand for tickets as soon as they went on sale and complaints and misunderstandings about the way they were being allocated surfaced almost as soon as the match finished on Tuesday. Suddenly it seemed the whole world and his dog, with even the slightest connection with Sunderland, wanted to get down to Covent Garden and experience cheesy chips on Wembley way.

I had stayed down in the West Country after the Bristol Rovers game but my internet connection was dodgy and I seemed to have trouble registering my account with Ticket Master. The fact the club have chosen to go down this route has angered many, not least those in the Supporters’ Association Branches, many of whom who have built up a rapport with individuals within the ticket office, but I suppose that after subsequent relegations and the staff redundancies that followed handling Wembley tickets on top of the remaining league programme, would have placed an unfair workload on the staff who remained. Perhaps!

I knew the club was planning to introduce a new ticketing system next season, which would supplement existing arrangements by allowing people with smart phones to gain entry via an app. It is now possible to board planes and travel by bus and plane with a barcode on a handheld device and I understand entry to the SoL will soon also have this facility but while I’m sure everyone at the club is delighted we are in the final, this was perhaps not the ideal occasion to discover the teething problems of linking up with a new ticket provider. 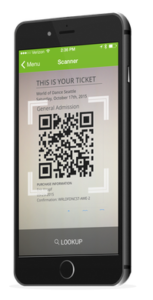 I did eventually get an e-mail confirming I was indeed registered with Ticketmaster, thus averting the first of my fears and promises that season card holders were assured a ticket helped too. But those teething troubles did little to assuage my worries or lower my blood pressure. On Friday morning, armed with Pete Sixsmith’s customer number and those of two others, I attempted to secure four seats together, as we had been told was possible.

The first difficulty was finding four seats together. The tickets seemed to be being released in blocks and every time I looked at a section virtually all the seats had gone. When I did eventually find four together and tried to reserve the first I was told not to leave a single seat vacant, despite the fact that wasn’t my intention. I persevered, constantly refreshing and looking at other sections and price bands and after twenty minutes or so of frustration I was finally able to secure four together.

But then no sooner was one problem seemingly resolved when another spanner was thrown into the works. It appeared that despite having all the customer numbers one of our quartet had not registered on the system so I spent another frustrating half hour trying to get the relevant details to register for him, all the time watching the clock counting down telling me how long I had to complete my purchase until eventually, like on Countdown, the di di di di diddly duh sounded and I was timed out. I gave up on the idea of registering our fourth friend and started again, this time looking for only three tickets.

After going through the whole rigmarole again, all the time letting my tea go cold and failing to make my porridge, I found three together but was still unable to process the order. This might have been because the third member of our triumvirate had not reached the age where he was entitled to a concession and I was trying to get him a half price ticket, but it was only after logging off again and texting Pete to say that I was giving up trying to get seats together and would just get one on my own, that I realised this could have been the cause. 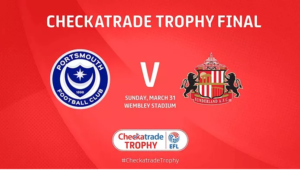 So I’ve got my ticket and Pete has got his, but we are probably miles apart. My £42 ticket actually cost me £46.90 thanks to the booking fee and excessive postage costs. All I can say is that they must use pretty expensive envelopes at Ticketmaster and don’t get me started on the London-centric attitude of the establishment who fail to take into account the expense that those of us from the provinces are subjected to, when compared to clubs in the Home Counties and the capital.

I am staying with friends near Nottingham on the Saturday and Sunday, but even without accommodation to pay for, with petrol to the Midlands, a return train ticket to Kings Cross and onto Wembley then food and drink I can see the total cost for this one day being around £180.

I sympathise with those who wish to go but haven’t managed to get a ticket, especially anyone who has been to loads of games this season but paid on the gate. I sympathise with my friends at the Heart of England and other supporters in outlying branches who get to games when they can but can’t justify having a season card because of the difficulties of getting to home games, especially midweek.

I have less sympathy for those who hardly ever go to games but claim to be die hard fans because they watch in the pub and simply fancy a day out in London, but with over 40,000 for a home fixture on Boxing Day, there must be many disappointed supporters who have been to loads of games this season and missed out.

The whole ticketing issue has been difficult for the club but they haven’t been helped by the F.A. or Portsmouth who asked for and received more tickets than we did, then allowed each of their season card holders to apply for up to six tickets each, but who as yet have only sold about two thirds of their allocation. The rest are soon to go on general sale. I already know of one Mackem who will be sitting in a section of Wembley stadium where the Pompey chimes are meant to be sounding. What are the odds he won’t be the only one?

I’m not complaining. The club were in a difficult situation and I believe have tried their best to allocate the tickets fairly but I understand there will be many who are feeling aggrieved at this point. Should those who bought a ticket for Carlisle or Stoke U21s, even if they only ever bought the cut price tickets for those fixtures, be given preferential treatment over those who might have been to league games but treated the Checkatrade as an inferior competition? Should a fan who lives in Penzance and makes two home games a season and a handful of away fixtures have a greater chance of a ticket than one who lives in Penshaw and only gets to half a dozen home games? What if that person living in Penshaw works shifts and gets to all the games they can?

There is no ideal system. I am grateful I got my ticket this year and unlike the majority of supporters I speak to I wouldn’t swap a Wembley victory for promotion. Of course I want both. Don’t we all? But in my lifetime apart from a few promotions I have yet to personally see us lift any silverware, having watched the 73 final from the Student Union common room at the City of London Poly.

I’d like to be there in the flesh, just once when we do.

Next Post
Walsall Who are You?: ‘genuinely shocked Sunderland are not running away with League One’