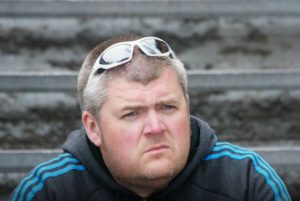 Salut! Sunderland: unbeaten in three games so far this season against us, you must fancy your chances again

Darren Fellows: no, not really. Being half pessimist & half realist I sense a different outcome on Saturday, particularly as I’m at a loss at how we’ve gone the three games unbeaten. I’m also a great believer that the law of averages eventually catches up with you, so whilst we desperately need a point or three I just don’t see anything other than a fairly regulation defeat.

Despite qualities obvious then, you are struggling. Please explain – and tell us whether you’ll get out of trouble

It’s been a season of genuine contrast. Eye catchingly good in the early stages of the season and eye wateringly desperate across the winter.

In truth we were never as good as early form suggested and similarly never as bad as results across mid-December to mid-February. Just as we’ve been dragged into the relegation mire we’ve found a smattering of form and finally put back to back home wins together, which after months of draws and defeats has lifted spirits and located an ounce of confidence.

Personally I think we’ll have enough, both in terms of quality and nous but it’s going to be tight. With half the division genuinely locked in the same battle it’s going to be a huge month and a half. We’re course and distance proven at this half of the table however and as long as the manager and dressing room remain as one I think we’ll just about be ok.

Who has been performing, who has gone off the boil and where are you glaringly weak?

Andy Cook is the talisman. To be honest, I’m not quite sure how he’s bagged so many goals but without them we’d be long dead and buried this season. He’s not quick, his movement is limited, he can’t take a penalty and the service to him has been awful at times but he knows where the back of the net is and has wheeled away in celebration 16 times this season.

I fully expect he’ll be on the radar of others across the summer. Similarly Liam Kinsella, who got the winner in the FA Cup replay has grown into becoming an automatic selection each week.

A fan favourite who is consistently eye catching with the energy of a Duracell bunny. Ridiculously he is out of contract in the summer and I guess he’ll also be on many L1 radars.

As for weaknesses just have a look at the amount of goals we concede. When you need to score twice every game just to get a point you’re always going to struggle. Similarly our lack of creativity, whilst not being a surprise given our budget, also suggests we’d do well to tighten things up at the back.

You were in two minds about Sunderland earlier in the season – good on the ball, vulnerable from the flanks and set pieces. Have we overall done about as you expected us to, based to whatever extent on those games?

No. Even with the flaws previously discussed I genuinely expected you to run away with the league. The financial strength you have (via parachute payments) and having a fan base that turns away games into virtual home games provides a huge advantage must outweigh the fact that you’re the team everyone wants to beat.

Most teams that drop in the manner you guys did have enough to remain competitive whilst sorting themselves out and acclimatising to this level of football before hitting the accelerator around Christmas and putting a 20 game run together. I’m genuinely shocked that you’ve not done similar (yet).

What other thoughts on SAFC – the club, the fans, the region, Jack Ross?

‘I love the North East and it’s obsession with the club game. It’s proper football territory with supporters who generally stick with their teams through thin and thinner.

I went to Roker Park in the late 80s (for a 1-1 draw) and the atmosphere was incredible, grounds like that and Fellows Park, for all their issues, are such a loss.

The support the big two up there get away from home is significant and constantly impressive.

I’ve been up the A1 quite a few times of late, as my son is at Durham Uni, and blimey it goes on for ever. The distances you guys clock up week after week are pretty remarkable’

Now back to Walsall. Your high and low points as a fan

The League Cup semi final 2-2 draw at the home of the European Champions in 1984 will always be a high, despite Liverpool proved just too much in the 2nd Leg.

Similarly watching us scrape a 1-0 win at Lincoln City in April 99, edging to the very cusp of L1 promotion, will never leave me. Favourites for relegation in August, we found ourselves needing eight points from the final four games to hold off Manchester City, who were undefeated in months and applying maximum pressure. Two hours later Sports Report (no mobiles then) was confirming that City had blown up at home to Wycombe, we’d nicked a late win and the requirement was two points from three. It was the moment I knew we were up – even we couldn’t fail from there.

Losing at Slough in the FA Cup wasn’t exactly an afternoon I’ll cherish. Watching a past-it Paul Merson bursting beyond the rest of his half arsed team mates in a desperate last few minutes kind of summed things up. His fairly hefty wager on the game proving significantly more incentive to find an equaliser than the professional pride of the other outfield players. They were a disgrace that afternoon.

I’ll take the entire 1998/99 team and their manager Sir Ray Graydon. The sum of the whole proving significantly greater than the sum of their parts, this was the only team I’ve ever seen that was better on grass than the ever looked on paper.

Graydon’s regimented discipline and simplistic thinking (“footballers aren’t the brightest, so don’t overload them with information”) created a miracle promotion where only Keegan’s super-funded Fulham denied us top spot with Manchester City, Reading and Stoke amongst future Premier League teams training in their wake. Hard as nails, ultra resilient, organised and disciplined to within an inch of their lives the entire squad are lauded to this day and Graydon himself acquired a status that few in lower league football dare aspire to. Sir Ray, indeed.

Who should have been allowed nowhere the Bescot or indeed Fellows Park?

Let’s be topical and go for Will Grigg. A player we nurtured and developed through our youth system, who we gave the chance to, who offered absolutely nothing for 27 months of his last three-year deal then left us high and dry when he finally realised what the three sticks at each end of the football field were placed there for.

I did chuckle in disbelief when I saw the fee for his transfer in January and he’ll no doubt fill his boots this Saturday but I feel nothing but disdain towards him.

Hand on heart, where will your club and our club finish this season – and will we win the Checkatrade Trophy?

I think we’ll be ok. I still expect you guys to be promoted, however I think it may require going the long route and the playoffs look pretty loaded to me.

As for the Checkatrade? The competition is dead to most lower league fans, including me. The way the Premier League clubs forced their way in with blind threats on revenue was a disgrace. I know this won’t read particularly well but as a club that entered a U21 team in the past, you’re welcome to it.

Your present thoughts on diving and other forms of cheating? Here to stay or still worth fighting to eliminate?

Don’t start me. Retrospective bans are pointless because they don’t correct the result or even things out for the cheated. Points deductions for dives are extreme but we have to do something.

I’m equally sick of “professional” head injuries, where players know the referee has to stop the game and check they’re ok. Given the current medical focus on head injuries and need to protect players that are genuinely injured, I’d suggest any game stoppage for a head injury should incur a mandatory period of time off the field of play so they can be correctly assessed.

Similarly, allowing trainers on whilst the game progresses would limit time lost on phoney issues, especially if you can’t be offside whilst the opposition trainer is on the field of play.

Yes. Anything we get will be viewed as a bonus.

* Darren Fellows on himself: a 0-1 defeat to Bury in the mid 70s was my first visit to Fellows Park but Arsenal away in February 1978 is the game where I realised what he wanted to do every Saturday.I dread to think how many Walsall games I’ve been to but I’m pretty sure I’ve seen us win a couple of games over the years. I co-founded the long lost fanzine trilogy of One Step Beyond, Chasing The Dream and Ninety Minutes From Europe and now share a blog at thenonobheadpolicy.wordpress.com.

I also wrote a weekly Walsall column in the local paper for longer than I realised and was obsessed with seeing Walsall at Wembley for much longer than was remotely healthy. I much prefer the white shirt/red shorts combo to our more regular option and miss the atmosphere of a packed Fellows Park more than Bambi missed his mother.

1 thought on “Walsall Who are You?: ‘genuinely shocked Sunderland are not running away with League One’”

Next Post
Can four million be wrong? Salut! Sunderland scales the heights