Pete Sixsmith cannot believe his luck. Another trip to Lancashire and another Sunderland win, this one the most impressive of all results this season as it was against Premier League opposition. Sixer thoroughly enjoyed his evening at Turf Moor and you probably won’t find a better account of a splendid win ..

Massive respect to Sunderland, thought they were terrific second half and kept us out of the game. Fans also superb all game, credit to the club. Good luck for the rest of the season. ?? #safc

Another midweek, another trip across the Pennines to the red rose county and another enjoyable trip back after seeing off yet another of the Lancashire town clubs who have formed the backbone of English football since 1888.

After seeing off Accrington Stanley and Rochdale in the previous two weeks, it was Premier League (or “Premier League you’re having a laugh” as the old song goes) Burnley, who fell to the swashbuckling swords of Jack Ross and his merry band of buccaneering players. 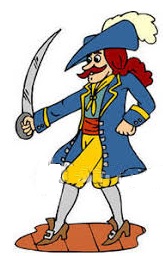 On a day when the news of Bury’s demise and Bolton’s eventual salvation were superseded by the most outrageous piece of political chicanery since Richard III (allegedly) bumped off his two nephews, our win showed that there is life in Step Three, that we have players who can play and that, when the gods smile on you, as they did here by convincing Sean Dyche that he should select Joe Hart instead of an elderly wheezing arthritic with milk bottle bottom glasses and a walking frame, then nothing is impossible. 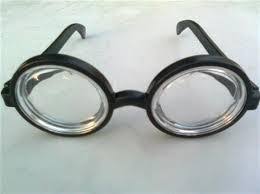 Both sides made changes from Saturday. We gave Jack Baldwin his first start of the season, released Lee Burge, Conor McLaughlin, Tom Flanagan, Dylan McGeouch, Elliot Embleton and Will Grigg from bench warming duties and mixed the new bench up with resting first teamers and four promising youngsters.

The Clarets switched keepers, brought in the likes of Phil Bardsley and Ben Gibson at the back, Aaron Lennon in midfield and Jay Rodriguez and Matej Vydra up front. They took this game as seriously as we did. This is a competition that Burnley have a faint chance of winning. We don’t.

We settled well and knocked it about. Nice to watch – for about five minutes.

Then Jay Rodriguez, Burnley born and bred, returning home after spells at Southampton and West Bromwich Albion, started to weave his magic. He is a player I have admired for a number of years. Big, strong, a decent goal scorer, his career has been a frustration due to injuries which have prevented him from realising his full potential. This was his first start in his second spell at Turf Moor and he showed in the opening half hour that he still has it. Clever runs, subtle flicks and strength on the ball caused Baldwin and Flanagan no end of trouble and when he opened the scoring in the 11th minute, tucking in a firm shot from an incisive Aaron Lennon pass, the mood behind the goal was “let’s make sure this isn’t a humiliation”.

It might have been over when Lennon hit the left-hand post and Vydra’s follow up hit the right, but we had a chance to equalise immediately, the tireless and heroic Luke O’Nien shanking his attempt wide.

However, we did level in the 35 th minute when Danny Drinkwater sliced Denver Hume’s low cross to a lurking Will Grigg who thumped it into the net to claim his first goal of the season. He had a good all-round game, working hard, pestering Long and Gibson and looking like a decent centre forward.

Long may it continue.

Half time came with a nascent feeling of optimism. If we could hang on, hit them on the break towards the end, we might just win this one we thought.

His once stellar career is now coming to an end. He is no longer first choice at Burnley and his collection of England caps will not be added to. I first saw him as a 17-year-old playing for Shrewsbury Town in a game at Wrexham (those two don’t like each other….) and was not surprised at his rise through the ranks at Manchester City into the national team. Over the last few years, he has gone from being a proud leader of the pack of lions to the moth-eaten one that small boys called Albert Ramsbottom poke in the ear with sticks in zoos. His demise continued here.

We worked a short corner. O’Nien to McGeouch to Gooch and the no longer quite so young American attacked the considerable space that the nice Burnley defenders had left and unleashed a shot. Hart, showing exactly what the phrase “chocolate hands” means, parried it upwards and Tom Flanagan, alone and unmarked, headed it in to give us the lead.

Three minutes later, we did it again from a short corner. Gooch, much improved on his Saturday showing, played it to O’Nien who laid it off to George Dobson. His firm, low shot beat Hart as the Burnley defence stood back and admired the gall of a Division One side playing short corners against a Premier League side. How dare they? I imagine Sean Dyche’s croaky voice was even croakier when he dissected this one after the final whistle. 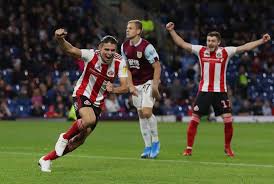 At 3-1 up, there was always that nagging doubt that they would get back into it. They were nowhere near doing so. Burge made a couple of decent saves, they sent on Wood, who achieved little and they resorted to the kind of tactics that can best be described as “alehouse football” not really befitting for a team in the top 20 of the nation’s footballing hierarchy.

Take nothing away from us though.

This was a fine performance with the finest individual one coming from Dylan McGeouch, who showed what an excellent footballer he is by prompting, organising, tackling and hardly ever giving the ball away. He has found it hard to keep his place in the team but everyone I spoke to was well impressed with him last night and he showed that when given a bit of time and space, something as rare in Division One as hen’s teeth, he will dictate games.

The other 12 players all did well and I particularly enjoyed Charlie Wyke’s cameo where he terrorised his old Middlesbrough colleague Ben Gibson, into getting rid of the ball as quickly as he could. Nice to see us having the confidence to do that.

The draw takes us to South Yorkshire and Bramall Lane and a reunion for Messrs Donald, Methven and (maybe) Maguire with their old manager, the excellent Chris Wilder. It’s a decent trip and the 1,500 who made it into deepest, darkest Lancashire should be at least doubled as we head for the south of England’s finest county – always assuming that the full police state has not arrived and freedom of movement has not been curtailed.

If there is any copyright claim, not answered by “fair use” on the images, used in this report please let us know and we will remove and or acknowledge as requested.

Next Post
Sixer’s Sevens: Grigg’s off the mark and Burnley are turfed out of the cup