That would have made a good seven had I thought of it as Tim Robinson brought the game to an end at 9.33.

It came to me as I drove through Sheffield in the trusty Mazda after discussion with my two young travelling companions, Leah and Curtis, fine Sunderland supporters who think about the game and are already deep and committed Mackems.

The first one I had come up with was the one about getting what we wanted to see from our Sunderland team. Effort, commitment and footballing intelligence will do for me. Under Jack Ross, we have always had the first two, sometimes not the final one. Here, we got all three in spades. Granted, we were playing against a much-changed United team. The admirable Chris Wilder will not lose a lot of sleep over this result as they have a visit from Liverpool to deal with on Saturday lunchtime. I don’t imagine that Ravel Morrison, Simon Moore or Mo Besic will be facing Klopp and his rampant Reds.

But Blades supporters had a glimpse of what Saturday may hold in store for them. In Joel Lynch, we had a central defender who commanded his back four in much the same way as Virgil Van Dijk controls his. Lynch has not played for a while, looked a bit off the pace last Monday in the Under 23s but came good, very good, last night. There was no hesitation, no messing about and no quarter given as he snuffed out any attacking threat from United after the first eight minutes. He also kicked Ravel Morrison so there may have been a bit of history between them. It’s good to kick any player who has his first name on the back of his shirt.

His fellow debutant, Laurens De Bock, made an equally impressive start to his Sunderland career with a sound and sensible performance at left back. He defended strongly, played some excellent passes down the flank and across the field and looked a real asset to the squad; the new Andy Robertson.

For Jordan Henderson, read Luke O’Nien, a veritable bundle of energy who never stops and who appeared to enjoy his role as the man behind the sole forward – Charlie Wyke in this case. He pushed up and dropped back, played a lovely pass to Max Power for the goal and is clearly loved and admired by the support.

Our outstanding player was Chris Maguire. I pondered with my chums what a player he could have been had he really used his talents to the fullest level.

He has it all. A footballing brain, the ability to pass and cross, the desire to tackle and work hard and he probably realises that this is the last “big” club that he will play for; after a shocking year at Bury, he must appreciate life the Stadium of Light. Last night, he played wide and that appeared to suit him rather than being tucked in behind Wyke. The winner came from his corner, hit to O’Nien who moved it on to Power who thumped it home from 25 yards. Simple – just like the two that we got at Burnley from corners. Some good coaching going on – let’s tell the moaners about it.

McGeady and Leadbitter were missing and this may well have contributed to a far more robust performance. Younger legs in the centre of midfield and wide on the left allowed us to get forward quicker than we sometimes do. Elliot Embleton had a really good first half before his injury and Denver Hume covered for him effectively in the second. We looked a far more balanced side.

So, promotion should be an absolute canter after this; after all we have beaten more Premier League sides than Newcastle United (cheap dig – but enjoyable). However, we will not be allowed as much space in league games as we have been at Turf Moor and Bramall Lane. The support was the exact opposite of that which turned up at Horwich on Saturday. Where that was confrontational, aggressive and full of drink, the 2,000 who turned out were there to roar the team home, be generous to the players and watch the game without having consumed twenty-eight pints of lager. This was Sunderland supporters at their best after seeing too many of them at their worst on Saturday. Hopefully Lincoln will be a repeat.

It was a comfortable drive home despite two road closures, necessitating detours around Castleford and Bedale. The company was excellent, although as disappointed as I was at being drawn away to Oxford United and the soundtrack of Jacques Loussier playing Bach in jazz style was relaxing – certainly better than listening to our Prime Minister behaving like the public-school bully he is. 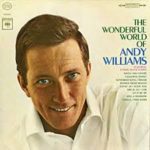 I thought of a recently passed friend, Glyn Seymour, a Sunderland supporter of my vintage, who would have enjoyed that performance He was played out last week with the Andy Williams version of “Can’t Help Falling In Love With You,” a far more upbeat and enjoyable interpretation than the Elvis dirge.

I also thought of my old college chum and East Stand seat neighbour in Row 31, Doug Forrest, currently recovering from a serious stroke in Hawick Community Hospital (Get well soon, old friend) while I anticipated an enjoyable reunion with our own John McCormick who will be joining me in the East Stand on Saturday as he sees his first game for a while.

Like every other football club (yes, even the Mags and Portsmouth) football clubs have a great hold over people and we are no different than folk from Accrington, Plymouth and Gillingham. It’s a shame that we, or any other club, have to play artificially created clubs like Saturday’s visitors, but there may be, long after I have shuffled off this mortal coil, some who see a franchise in the same way that we see our club with its six league titles and still going strong.

Although I doubt it.
Ha’way the Lads.

Max power goalposted on Youtube by Mr. Out Goal. If there is any copyright claim, not answered by “fair comment”, on the video or images used in this report please let us know and we will acknowledge or remove as requested