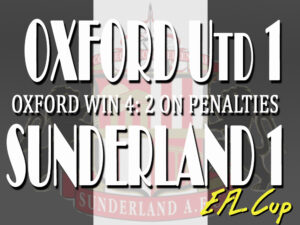 1 thought on “Sixer’s Oxford Sevens: all that way for nothing after two Premier League scalps”

Next Post
Oxford United vs Sunderland: will we make the EFL Cup last eight?