What a waste of time watching a load of badly coached, overrated professional athletes try to batter their way through obdurate opponents and displaying all the subtlety of a Nigel Farage and Ann Widdecombe double act before ending up being embarrassed for the second time in a week. 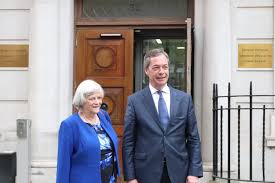 But that’s enough of the Great Britain rugby league team and their coach Wayne Bennett. They turned in a display in Canterbury, New Zealand that had me reaching for the bacon sandwiches and The Northern Echo as I tried to avoid watching another embarrassment.

After the awful display Sunderland turned in against Leicester City Under 8s on Tuesday, my first reaction was to pick exactly the same team against Gillingham in order to give them the opportunity to redeem themselves in the eyes of the support.

I calculated that most of those there on Tuesday would be present on Saturday and that they would warm to a match winning display from the likes of Chris Maguire, Dylan McGeouch and Marc McNulty as we moved seamlessly past a bog standard League One team and into the Second Round where we might actually draw an interesting tie rather than the three stinkers we have had since The Fall From Grace.

Not a bit of it. Phil Parkinson played his strongest available XI and we failed dismally to see off limited but hard-working opposition (I have lost count of the number of times that I have used that phrase), sending the occupants of a barely half full East Stand home feeling anger, frustration and resignation to a third season in the third division or, dare I say it, a first season in League Two.

There is little to say about the actual game. Both goals came from goalkeeping howlers. In the 15th minute Jack Bonham stood and watched a weak shot from Aiden McGeady pass him by, when he had all the time in the world to fall on the ball or stick out a foot or do something and Jon McLaughlin reciprocated by initially saving a shot then inexplicably letting the ball slip through his legs in the 46th, to allow Olly Lee to equalise. Throw in a couple of shots that went past the post from us and a Jordan Willis header that almost flew in for an own goal and that was about the sum of the early afternoon’s entertainment. 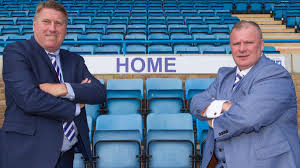 Gillingham were like so many other teams we have played recently; organised, quick and with big lads at the back and up front. Unfortunately, they are managed by Steve Evans and Paul Raynor, the footballing equivalent of Roy “Chubby” Brown and Jim Davison – noisy, foul-mouthed and disliked by many. But they can organise ordinary footballers and they did this here to set up a replay that we could definitely do without.

Mind you, the way we are playing at the moment, we could do without any kind of game. We scraped through against a Southend United side who in the games either side of their 1-0 loss on Wearside, conceded 14 goals in three games. We lost to Leicester City’s first team squad’s Infant and Toddler XI on Tuesday and the Under 23s were cuffed by Reading on Sunday. Things do not look good. 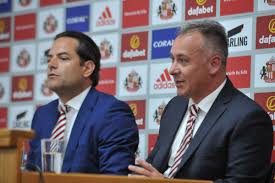 On top of that, there are serious rumblings about the owners and the direction in which they are taking the club. Stewart Donald has decided to stop attending games now (I may be joining him in this) and Charlie Methven has taken on the job of trying to quieten the support down by promising them a new lift at the Academy of Light and some new speakers so we can be even more deafened by the pre-match music mix as I believe it is called.

These are jobs that need to be done.  But I would suggest that there are more pressing problems that come before lifts and the ability to hear Sweet Caroline in glorious stereo.

So far, the new manager has supervised seven first team games. Of those, we have won two, drawn two and lost three. He has not made an inspiring start but, as the saying goes, “he can only work with the material he has got”.

Well, yes up to a point, Lord Copper. But have we seen any changes in the style of play since Jack Ross was dumped? Do we attack our opponents with any fervour? Are our forwards working tirelessly to gain an advantage over opposition defenders? Do we get the ball forward quickly?

All of these are rhetorical questions because we know that the answer to each one is a resounding No.

If we played a physical game where crunching tackles go in and we come out with the ball, that would be a change from the football we watched last season. But we don’t. We see a midfield that goes sideways, sideways and even more sideways.

George Dobson – one of our better players in this game- picked a ball up in front of the East Stand and went on a mazy dribble, skipping past tackles from Gillingham players until he ended up in exactly the same position in front of the West Stand. 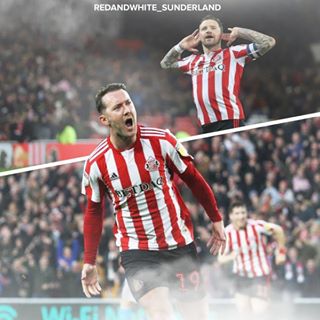 We have experienced players in McGeady and Maguire who look as if they are coming to the end of their shelf life at Sunderland. Both are good players. Both are potential matchwinners. They score goals. But there is little life or spark about either at the moment.

When Maguire went off in the 77th minute (22 minutes after he should have done), his body language indicated that he knew he had not performed well. There were no head shakes, dark glances or strops as he took his seat all of which indicated that he was already beginning to think about his next club.

Aiden McGeady dragged us out of the sewage tank many times last season. He was excellent then, but not so this year.

He’s another year older, another year nearer retirement and buying that little tobacconist shop that ex-pros dream about. He scored the goal and then appeared to spend the next hour thinking about how much Ogden’s St Bruno (complete with John Arlott impersonation), Wills Whiffs and Capstan Full Strength he would have to order when the shop is up and running. I don’t like to see good players in decline and McGeady has been a good player – Simon Grayson’s sole legacy to our club. 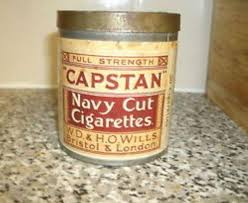 The mood of the sparse crowd became restless as more and more errors began to creep in. Willis and Lynch looked vulnerable. There must be a dearth of full backs in Northern Ireland if Conor McLaughlin is regarded as one of the better ones and as for Will Grigg……

He has had more opportunities to cement a first team place than most and has failed to take them. I thought that Andy Kerr and Tom Ritchie were bad buys but Grigg is up there in the top five, challenging Brett Angell for that much valued No 1 position.

I worry about the state of the club I have supported since I was a 12-year-old schoolboy. I have stopped even thinking about away games and am wondering whether I want to put myself through the misery that is a home game for any longer.

I sit there shaking my head and seeing the ghosts of Phillips, Quinn, Schwarz, even Nyron Nosworthy flitting past with pace and urgency and then I look at the pitch and see another series of passes that end up back at the feet of our goalkeeper whose subsequent long punt is gobbled up by competent opposition defenders.

For Messrs Donald and Methven, the honeymoon is most definitely over. For Phil Parkinson and his team, it has yet to start. For Salut! Sunderland, the end is nigh as we draw down the curtain on what has been a long and (mostly) enjoyable 13 years.

I have a couple of more games to cover which I hope means that we depart the ether on a slightly more upbeat note – but I’m not putting any money on it.

Highlights via the BBC

If there is any copyright claim, not answered by ‘fair use’, on the images used in this report please let us know and we will acknowledge or remove as requested

1 thought on “Sixer’s Gillingham Soapbox: ‘I worry about the state of the club’”

Next Post
Sixer’s Sevens: Sunderland 1 Gillingham 1 is not a good omen