9 November FA Cup 1st Round. Sunderland 1 (1) Gillingham 1 (0) We ate getting worse game by game / Relegation looks likelier than promotion after this 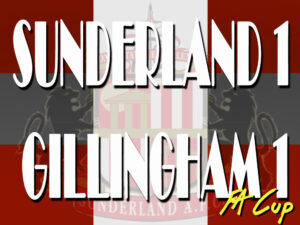 1 thought on “Sixer’s Sevens: Sunderland 1 Gillingham 1 is not a good omen”

The end of an era. Salut! Sunderland’s journey will soon be over