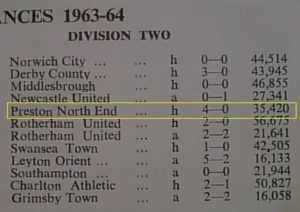 It’s a Friday evening during the football season , but here in the Northwest, from where two teams will shortly compete for the most famous knockout trophy in the world, things now seem very muted. What’s it like in the Northeast, where two teams have a really serious weekend coming up?

It’s an FA cup final weekend but not a proper one. How can it be? The league hasn’t finished. There will be Premiership games on the Sunday. The final itself kicks off at 5.15 on Saturday, to suit God knows who, presumably not the thousands of fans who will struggle to get back to Greater Manchester. Money, money, money, it’s a rich man’s world and bugger the poor supporters, as ABBA could have written.

Of course, it’s not just the timing of the final and the continuance of the Premier league. The Press and TV in the Northwest this week has been full of one manager’s resignation and another’s appointment, not long after covering a Merseyside derby which included a legendary player’s almost last appearance. It’s only now that the TV down here has turned to Wigan and Man City, and it feels quite exhausted in doing so, as if football has been done to death, which maybe it has.

Each matchday, Pete Sixsmith – or a supersub in his absence – summarises the outcome and/or performance with a seven-word verdict, invariably followed by his considered Soapboax report. Today, May 5, though not literally, he’s been up to London to see the … Team of All The Talents, Bob Stokoe’s valiant men in red and white stripes who defied logic and hierarchical wisdom to beat all-conquering Leeds United to the FA Cup. Savour the moment as, on another May 5 four decades ago, Pete did …

Memories keep flooding back. If you’re old enough, they are your own, If not, you’ve had them handed down. Even Sunderland supporters well under 40 have a clear notion of what is must have been like – what it was like – 40 years ago today, Ken Gambles, from the first category, offers his own recollections …

You may have thought John McCormick stretched things somewhat when he wrote about his trip to the 1973 semi-final. He disagrees, having retained a fairly clear memory of that remarkable day 40 years on. When it comes to the final itself, John says, things are much more cloudy leaving his recall of that particular weekend full of holes …

Continuing our series of reminiscences of May 5 1973, Salut! Sunderland talks – thanks to the excellent Jeanette Sutton (nee Coyle) – to Jimmy Montgomery.

Check out the generic link – https://safc.blog/category/fa-cup/may-5-1973 – for commemorative items you may have missed. Monty was not alone; there were 10 other heroes that day against Leeds united – Dick Malone, Ron Guthrie, Richie Pitt, Dave Watson, Mick Horswill, Ian Porterfield, Bobby Kerr, Dennis Tueart, Billy Hughes and Vic Halom – plus the unused substitute David Young. But Monty was an obvious choice to speak to …

It was not, in Jimmy Montgomery’s view or mine, the best game he ever played.

But in the few seconds it took him to make his extraordinary double save from Trevor Cherry and Peter Lorimer, Monty ensured his place in the imaginary goalkeepers’ hall of fame that inhabits the minds of countless fans of every club in most countries where footballs are kicked.

In the second part of her reminiscences of 5:5:73 Jeanette Sutton (nee Coyle) recalls the game, the post match celebrations …

The mauling at Villa Park has cast a black cloud over what should be a great week of remembrance. But we need to forget it if we can, at least until Monday night. For now that we have reached May 2013, it is time for Salut! Sunderland to join the extended SAFC family and diaspora in commemorating a remarkable event in the club’s mighty history. Mighty as it is, 1973 did not begin as a year of glory. On May 5, exactly 40 years ago this coming Sunday, it became one when Bob Stokoe led his second-tier team to Wembley and came away with the FA Cup after humbling top-drawer Leeds United.

There will be plenty of articles to read, memories to relive, glories (for younger readers) to imagine. But let us start with this …

Back in 1973, Jeanette Coyle was a Sunderland-mad teenager with a part-time job at Roker Park. Her father Bill was a well known and respected local footballer either side of the Second World War, having played for Darlington and West Auckland as well as a host of other Northern League clubs as a guest during the years of conflict.

Jeanette became friends with many of the Sunderland squad and has her own special memories of May 5th 1973. Here in conversation with deputy editor Malcolm Dawson, she talks about the build up to the great day. Her experience of Cup Final day itself will follow shortly, in the second of this two part reminiscence …