Malcolm Dawson writes…….I’m starting to get worried. Following on from the shining example of scribemeister Pete Sixsmith, I have embarked …

Sunderland’s shameful home record will become officially the worst in English football history on Saturday if Millwall are not beaten at the Stadium of Light. Nineteen games – 18 in the Premier League and Championship and one in the FA Cup – have passed since a scrappy 1-0 defeat of Watford in December last year. That is a winless home run shared by Dagenham and Redbridge, Derby County and Nottingham Forest. Are we really about to make the record our own? Stand by for a bleak assessment of our club’s present crisis …

Perhaps the best that can be said about the visit to Aston Villa next Tuesday is that at least Sunderland won’t be at home. The match comes four days after the managerless club must beat Millwall to avoid setting that wholly unwanted record for failing to win at home.

Monsieur Salut writes: Lucas Ball* was the ideal Millwall fan to invite into the ‘Who are You?’ interview suite, aka …

As the laborious and uninspiringly low-profile search for a new manager goes on, Sunderland return to Championship action with only a month left of the year since we last won at home.

Can we finally get three points at the Stadium of Light without needing three games to do so? Will Ellis Short accuse the media of making it up if we don’t?

Should I be disappointed? Not with the goings-on at the offices and by the officers of Sunderland Football Club but with the response to my “who’ll be the top six” poll. In 2015 our “who’s going down” poll had over 7,000 votes cast, last year we had over 2,500.

This year it wasn’t until events at the club brought in new readers that we got past 1,000 votes. To date we have had perhaps 200-300 readers bothering to take part. What’s more, whereas in the past we have had interesting and entertaining comments from fans from other clubs this year we had had nothing. Is this what the championship’s like? Or is it the Ellis Short effect? I don’t know.

I was away last week and didn’t log on much, on account of having a temperamental handheld device (a tip – don’t drop your computer onto a tiled surface) and iffy connections courtesy of a not-so-local bar.

The first time, it was to find three quarters of our readers thought our chances of immediate promotion were scuppered.

On my second log-in Colin’s poll had closed and the number had dropped to 70%. That’s still quite a damning figure.

Me, I’m not so pessimistic. 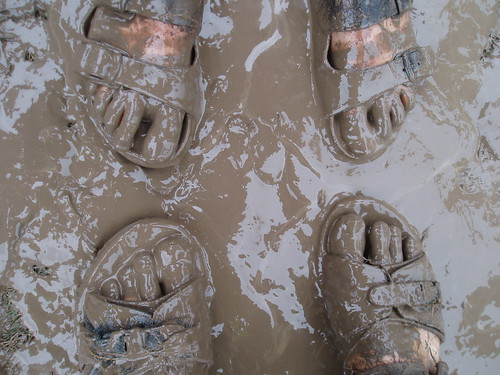 Monsieur Salut is back in the UK, will be at Southampton on Saturday and awaits a winning goal from John O’Shea, who crowned his magnificent career in international football with a last-gap equaliser for Ireland as he claimed his 100th cap against Germany. Whatever happens at St Mary’s, Salut! Sunderland salutes John’s great achievement.

Ahead of that, let’s take another shameless dip into the archives, from the days when Salut! Sunderland had so few readers such postings were probably not seen at all. It did also appear in a matchday SAFC programme but if you missed it in either place, and have a soft spot for other people’s hard luck stories, read on. You’ll learn about a Big Match day out – our last appearance in an FA Cup semi-final, back in 2004 – that sticks nastily in the memory for some Sunderland supporters … 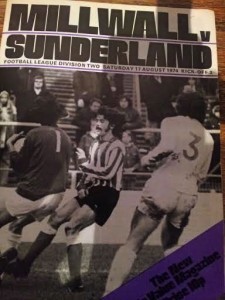 Ken Gambles gets around. Sunderland support has taken him all over the country. Worst ground, offering grounds for divorce after a lifelong love affair with football? The old Den probably took the biscuit for Monsieur Salut – a demoralising experience that had you questioning your own sanity for being there – and if we are honest, some opposing fans will point fingers at Roker Park or the SoL. But Ken has a negative batch of medals to award to three other stadiums …