Pete Sixsmith took his time in getting to Norwich, so we can look forward to an account of his ground-hopping as well as a match report from U2 at Carrow Road, where the seats have no name. (and perhaps Pete will include an explanation of what this means with his report**).

For now, though, we’ll have to make do with the instant, seven word verdict that he sends to M Salut immediately after the final whistle, and doesn’t it make a nice change from what he was sending last season? …

By now you should have caught up with all our post-Bury and pre-Norwich coverage. Go to the home page – https://safc.blog – if not and simply navigate.

Meanwhile, Martin Penney from the Norwich My Football Writer site put some questions our way …

Towards the end of the 2015-2016 season, Sunderland went to Norwich and won 3-0 as part of the Big Sam race for survival. We stayed up, they went down. Before the game, we were able to introduce readers to one of the best Who are You? interviewees of the season, Gary Gowers*. So good were his replies that he took second place in the HAWAY awards – he never received his prize, but we are trying to rectify this now.

As Sunderland’s second Championship game takes us back to Carrow Road, it seemed an ideal opportunity to catch up again with Gary, the editor of http://norwichcity.myfootballwriter.com. Sit back for another terrific read in which he lays into the arrogance of City’s squad last season and expresses no surprise at our own predicament. He’d quite like Catts in Norwich colours but is distinctly cool on James Vaughan and Lewis Grabban. All the same, he predicts a top six place for Sunderland (and for his own side) …

We’ve had a first winner in this season’s Guess the Score series and it’s yet another correct prediction from Paul Devine, a Sunderland supporter exiled in the Netherlands. He sensed we would draw 1-1 with Derby County and was right.

As I write, the Bury League Cup game is still to come. There may be another winner to announce from that tie (NB: the obvious update is that I am delighted we got through).

But now on to Carrow Road. 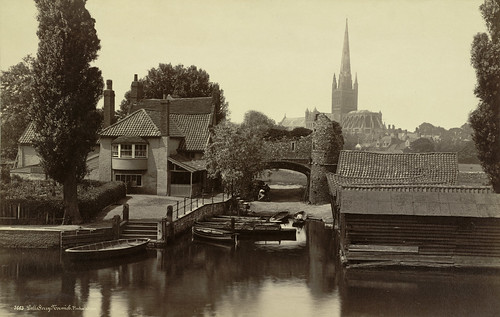 This is turning into a classic series from Pete Sixsmith. Can he possibly keep it up? If he can, there must be a book in this gripping series of reminiscences from a man who has seen more football grounds than Donald Trump has mislaid staff.

In the third instalment of The First Time Ever I Saw your Team, Sixer again mixes football nostalgia, history and travelogue as he prepares for a weekend’s trip to Norwich City with a look back to the first time he visited Carrow Road …

After experiencing one of the birthplaces of the Industrial Revolution in Bury, with its steam railway, its statues of Sir Robert Peel and John Kay (the inventor of the Flying Shuttle rather than the legendary SAFC full back of the late 80s and early 90s) and the home of Richmal Crompton of William fame, we take to the road once again.

This time we are travelling in an easterly direction, ignoring the high Pennines and touching on the low Fens as we trek along the A17/47 super route to what has oft been described as “Britain’s nicest city”, Norwich.

Pete’s going to be busy for a while, so there’s a good chance we’ll have a new manager – maybe a new owner (not to mention the possibility of a new prime minister) – before he gets back to this series. In the meantime, here’s his take on relegation number 4.

John McCormick writes: I was there, at Goodison, that night. For a long time afterwards I felt cheated but I was prepared to accept that Coventry fans would think “tough” – I would have done so in their circumstances. Nevertheless, I always harboured a resentment towards Jimmy Hill and when I heard Coventry fans had clubbed together and paid for a statue, which the man himself was invited to unveil, I couldn’t wish them well.

Pete Sixsmith may offer sympathy. My thoughts are a bit more Karmic: Get rid of the statue, Coventry fans, look what it has brought you.

This is our second re-run of a winning interview in the HAWAYs, Salut! Sunderland‘s annual awards for the best Q&As with opposing fans for the Who are You? series. Gary Gowers, a Carrow Road regular since the age of six, editor of NorwichCity.MyFootballwriter.com and the Norwich City voice at the Metro newspaper, came second (see announcement of awards at https://safc.blog/2016/06/haway-awards-1-west-bromwich-albion-2-norwich-city-3-tottenhams-littlejohn/0.

Thanks, Gary, for some great answers. Sorry you had to go down but naturally over the moon it was you, not us. Here is the interview as published before we went to Carrow Road, beat them 3-0 and set ourselves up for survival. As our deputy editor Malcolm Dawson put it when awarding high marks to Gary’s entry, ‘Gary Gowers 9/10: cos his name is nearly Gary Owers (lol) … Another good piece from a fan with no airs and graces or illusions who sees his club like we see ours’ …

The judges have spoken. We have winners in the HAWAYs, Salut! Sunderland’s annuals awards for best interviews given …