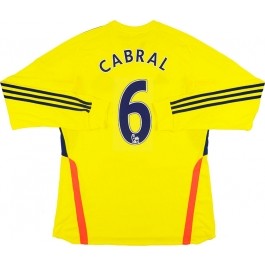 John McCormick writes:
Keir Bradwell needed to take a break but now he’s back. And not only is he back, he’s bigger and better. With the help of Opta and the FourFourTwo StatsZone app he’s produced a nice analysis of the game last weekend and has some suggestions to offer

We probably need a psychiatrist to decipher Keir Bradwell‘s comment on Connor Wickham. Otherwise his marks go pretty much as you’d expect, with plaudits all round and special mention for an “all right goal”. Newcastle’s star man? Monsieur Salut! is tempted to say Tim Krul for his spontaneous act of sportsmanship, patting Defoe on the back in the tunnel at half time for a super strike, and managing to annoy Jamie ‘you can’t do that in any game, especially a derby’ Carragher in the process. Let’s more Spirit of Krul, less Snarl of Carragher ….

Monsieur Salut writes: whatever is to blame – school work, family obligations, a games console – Keir Bradwell has been …

If you thought Rob Hutchison was harsh with his one-word verdicts and low player ratings after the shambles of last night, prepare to reconsider. Rob was positively benign compared with Keir Bradwell, who cannot bring himself to award higher than an average of 3/10 for the starting 11.

Keir uses that infamous defeat at Norwich City last season as the benchmark for Sunderland awfulness. I am sure we can all come up with other contenders (including a few from this season, Southampton (a), Fulham (h) among them).

Apologies to all for pulling these two items together, a necessity given constraints on time between the two games, at Swansea on Saturday and at home to QPR tomorrow. Agree or disagree with Keir Bradwell’s man-by-man ratings from the 1-1 draw at the Liberty Stadium and then have a stab at the scoreline in tomorrow’s crucial game…

John McCormick writes: In the 1960s, when most of the Salut team had just graduated from short pants, about 80,000 people a year got 5 or more O levels, an achievement which was guaranteed to impress not only Grandma but also employers. Now almost 80,000 people are awarded First Class Honours every year. By the time young Keir Bradwell reaches graduation age he’ll likely need a couple of PhDs to get a job, so it’s no surprise he occasionally needs to prioritise commitments.

However, he hasn’t forgotten us. He sent his Burnley ratings a couple of days ago with a message that it might be worthwhile holding them until after Fulham and doing a double post.  I originally decided to jump the gun but now I’m able to give you his ratings for both games:

We are running a little to stand still here. But in an effort to catch up, here is a quick posting of Keir Bradwell‘s man-by-man SAFC ratings. Rob Hutchison‘s one-worders, and his more measured account of the game, will follow when we can get to them. Who would have been the Spurs man of the match: Danny Rose maybe. Monsieur Salut would have given the BBC Radio Newcastle commentator Nick Barnes eight out of 10 just for nearly referring to a Sunderland striker called Daniel Defoe – author of both Robinson Crusoe and The Fortunes and Misfortunes of the Famous Moll Flanders …

Almost too late to be publishable, Keir Bradwell comes up with his man-by-man SAFC assessment of the New Year’s Day defeat at the Etihad. His intention was to combine that game and the Leeds FA Cup tie in a double header. But he was not at the cup match and there were no streams or TV coverage, hence what he terms ‘some phenomenally late ratings for Manchester City 3 – 2 Sunderland’ …

John McCormick writes: It being almost half-term and Keir providing numbers, I thought I’d sum things up in a succinct …