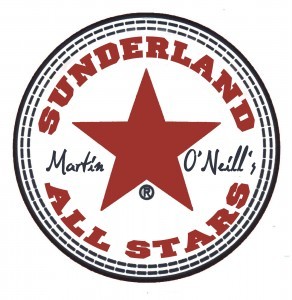 For a quick guide to all Salut! Sunderland has published in the build-up to the Sunderland-Newcastle derby, go to this link: https://safc.blog/2012/10/saluts-week-gripping-newcastle-build-up-plus-breathtaking-evrasissokoriberygiroud-move/
Here, with some new or newish Jake art, is a last look at the game before it kicks off …

One last spot of fun before the real business starts.

Enter the Newcastle United defender whose Mastermind subject would be “falling over in the box”, Steven Taylor, a shoe-in for the role of pantomime villain. 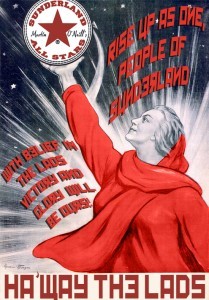 First, courtesy of interviews with the redtops, we have his assessment of the respective merits of the Newcastle and Sunderland teams. How many SAFC men would get into the United side? “Not even one,” he replied. “That is the quality we possess.”

Then, he gave his considered thoughts on the notion that he might one day cross the Wear-Tyne divide (say for the Boldon Colliery Tavern Over 40s, for whom he’d qualify from 2026).


“Play for Sunderland?” he exclaimed to the Daily Star. “I would rather collect stamps than stick on that shirt.”

Salut! Sunderland will avoid stooping to quite that level in return. Much better players have served both clubs with distinction, as was noted in our exchanges with Utd111 in our derby “Who are You? and we must live up to his description of us as being “one of the more sensible Sunderland blogs”. We’ll just stoop a little, then …

… and pose this question: what would you be willing to do to avoid having Steven Taylor in any Sunderland, team, over 40s or otherwise? Watch 12 editions of X Factor back-to-back? Show your bare backside in Fenwick’s window? Lick the stamps Mr Taylor has collected and pawed?

But on to the serious part of his interviews. He was asked by both the Star and the Daily Mirror about the strong suspicion that he cheated to con Howard Webb into giving him a penalty, and United an undeserved equaliser, at St James’ Park in the 2008-09 season.

The answer reveals a depressing approach to sporting morality on his part – but also highlights an even more gloomy aspect of modern football, the role of managers and coaches in encouraging their players to gain advantage from play-acting that, at the very least, flirts with dishonesty.

Taylor said of Malbranque’s innocuous challenge: “I did feel contact although it may not have looked that much. I’ve been taught that if you feel contact, you go down in the box so that is what I did and Shola Ameobi stuck the penalty away.’

For the record, Salut! Sunderland campaigns relentlessly against cheating of all kinds in football and makes no distinction, between opposing players and those wearing SAFC colours, when criticising players who seek to hoodwink officials.

But when considering Taylor’s reply, bear fully in mind that he will have been trying to present his actions in the best possible light. And reach your own conclusions.